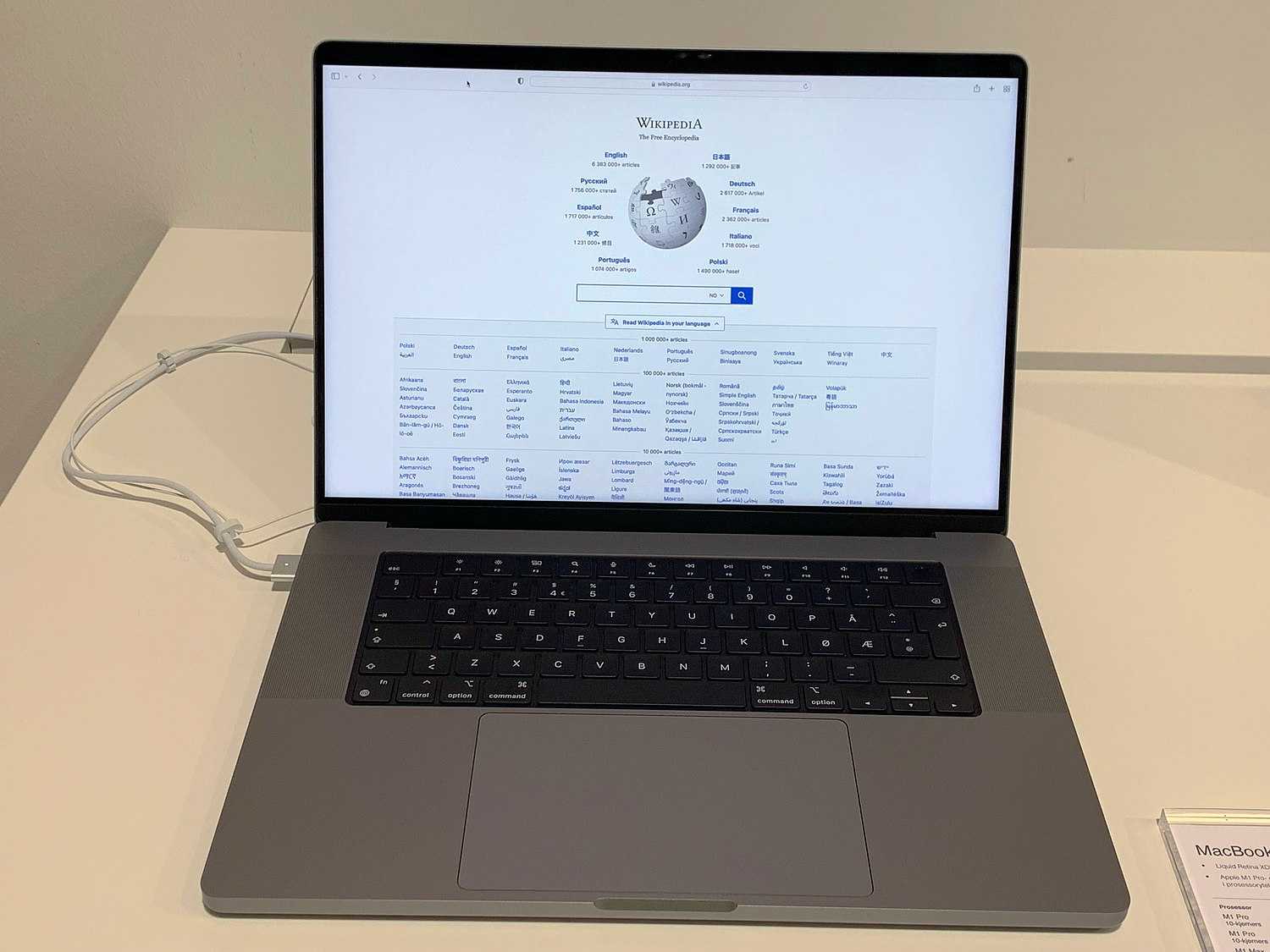 The MacBook Pro is a line of Mac laptops made by Apple Inc. Introduced in January 2006, it is the higher-end lineup in the MacBook family, sitting above the consumer-focused MacBook Air. It is currently sold with 13-inch, 14-inch, and 16-inch screens, all using Apple silicon M-series chips.

The original MacBook Pro used the design of the PowerBook G4, but replaced the PowerPC G4 chips with Intel Core processors, added a webcam, and introduced the MagSafe power connector. The 15-inch model was introduced in January 2006; the 17-inch model in April. Later revisions added Intel Core 2 Duo processors and LED-backlit displays.

The unibody model debuted in October 2008 in 13- and 15-inch variants, with a 17-inch variant added in January 2009. Called the "unibody" model because its case was machined from a single piece of aluminum, it had a thinner flush display, a redesigned trackpad whose entire surface consisted of a single clickable button, and a redesigned keyboard. Updates brought Intel Core i5 and i7 processors and introduced Intel's Thunderbolt.

The Retina MacBook Pro was released in 2012: the 15-inch in June, a 13-inch model in October. It is thinner than its predecessor, made solid-state storage (SSD) standard, added HDMI, and included a high-resolution Retina display. It eliminated Ethernet and FireWire ports and the optical drive.

The Touch Bar MacBook Pro, released in October 2016, adopted USB-C for all data ports and power and included a shallower "butterfly"-mechanism keyboard. On all but the base model, the function keys were replaced with a touchscreen strip called the Touch Bar with a Touch ID sensor integrated into the power button.

A November 2019 revision to the Touch Bar MacBook Pro introduced the Magic Keyboard, which uses a scissor-switch mechanism. The initial 16-inch model with a screen set in narrower bezels was followed by a 13-inch model in May 2020. This revision also modified the Touch Bar, as users were complaining about the ESC key disappearing and not being able to exit a computer window.[3] Therefore, now it is put as a whole button as it was standard before Touch Bar Macs.

Another revision to the Touch Bar MacBook Pro was released in November 2020; it was the first MacBook Pro to feature an Apple-designed system on a chip, the Apple M1.

The 14-inch and 16-inch MacBook Pros were released in October 2021. Powered by either M1 Pro or M1 Max chips, they are the first to be available only with an Apple silicon system on a chip. These models re-introduced MagSafe, function keys, and some other elements that had been removed from the Touch Bar MacBook Pro.

Alongside the redesigned M2 MacBook Air, Apple refreshed the 14- and 16-inch MacBook Pros with the Apple M2 chip. The model features the same chassis, albeit with changes to the system audio: speakers compatible with Spatial Audio and a headphone jack with support for high-impedance headphones.