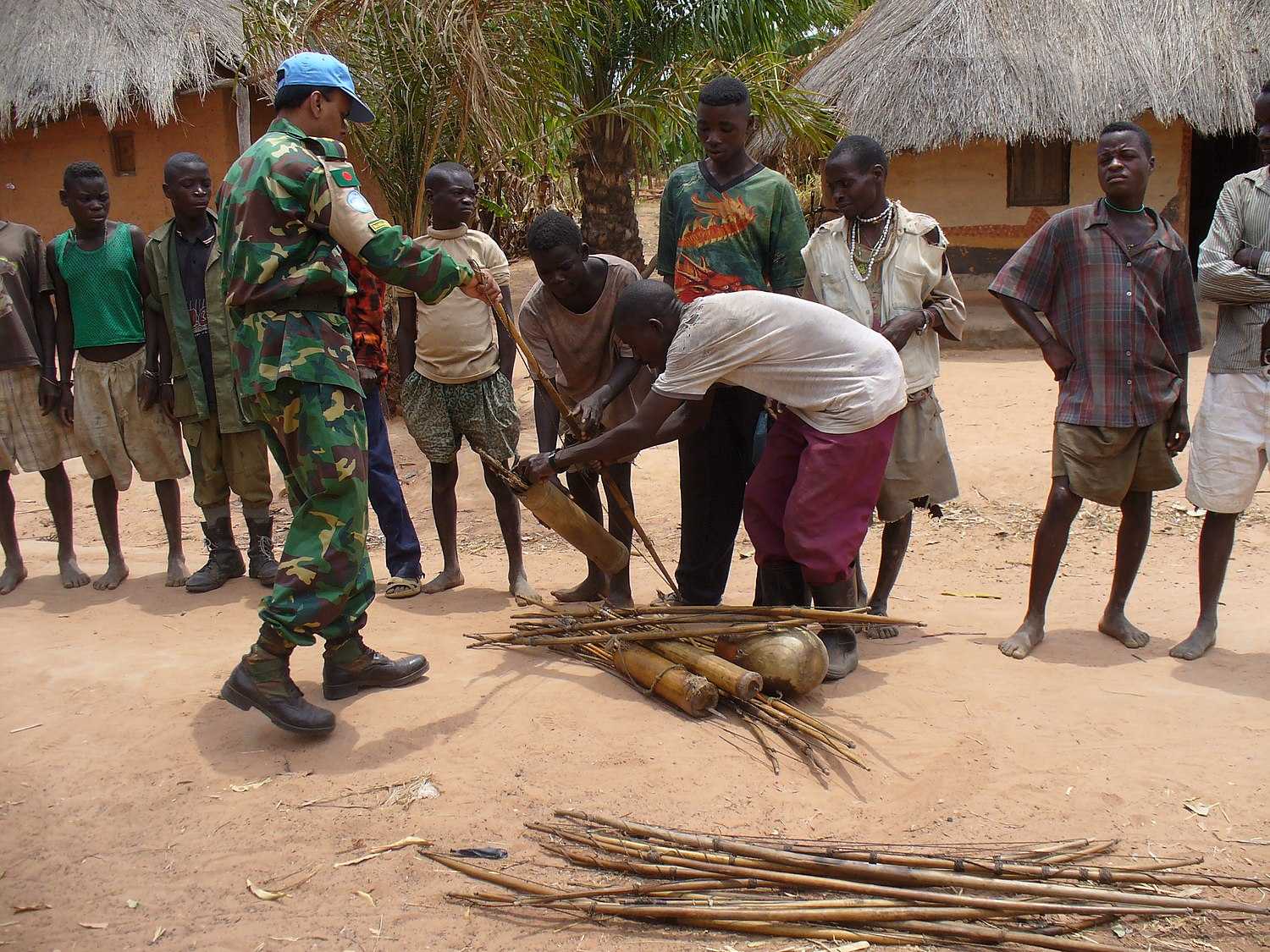 The term Mai-Mai or Mayi-Mayi refers to any kind of community-based militia group active in the Democratic Republic of the Congo (DRC) that is formed to defend local communities and territory against other armed groups. Most were formed to resist the invasion of Rwandan forces and Rwanda-affiliated Congolese rebel groups, but some may have formed to exploit the war to their own advantage by looting, cattle rustling or banditry.

Militia groups in the Democratic Republic of the Congo

Groups that fall under the umbrella term "Mai-Mai" include armed forces led by warlords, traditional tribal elders, village heads and politically motivated resistance fighters. Because Mai Mai have only the most tenuous internal cohesion, different Mai-Mai groups allied themselves with a variety of domestic and foreign government and guerrilla groups at different times. The term Mai-Mai refers not to any particular movement, affiliation or political objective but to a broad variety of groups.

The name comes from the Swahili word for water, "maji". Militia members sprinkle themselves with water to protect themselves from bullets.[1]

Mai-Mai were particularly active in the eastern Congolese provinces bordering Rwanda, North Kivu and South Kivu (the "Kivus"), which were under the control of the Rwanda-allied Banyamulenge-dominated rebel faction, the Rally for Congolese Democracy–Goma (RCD-Goma) during the Second Congo War. While militias have long been common in the Kivus, particularly among the minority Batembo and Babembe ethnic groups, the recent wars and conflicts caused large numbers of town dwellers to form Mai-Mai. Although the Mai-Mai, either as a group or as individual groups, were not party to the 1999 Lusaka Ceasefire Agreement, which was meant to end the Second Congo War, they remained one of the most powerful forces in the conflict, and the lack of co-operation from some groups has been problematic for the peace process.