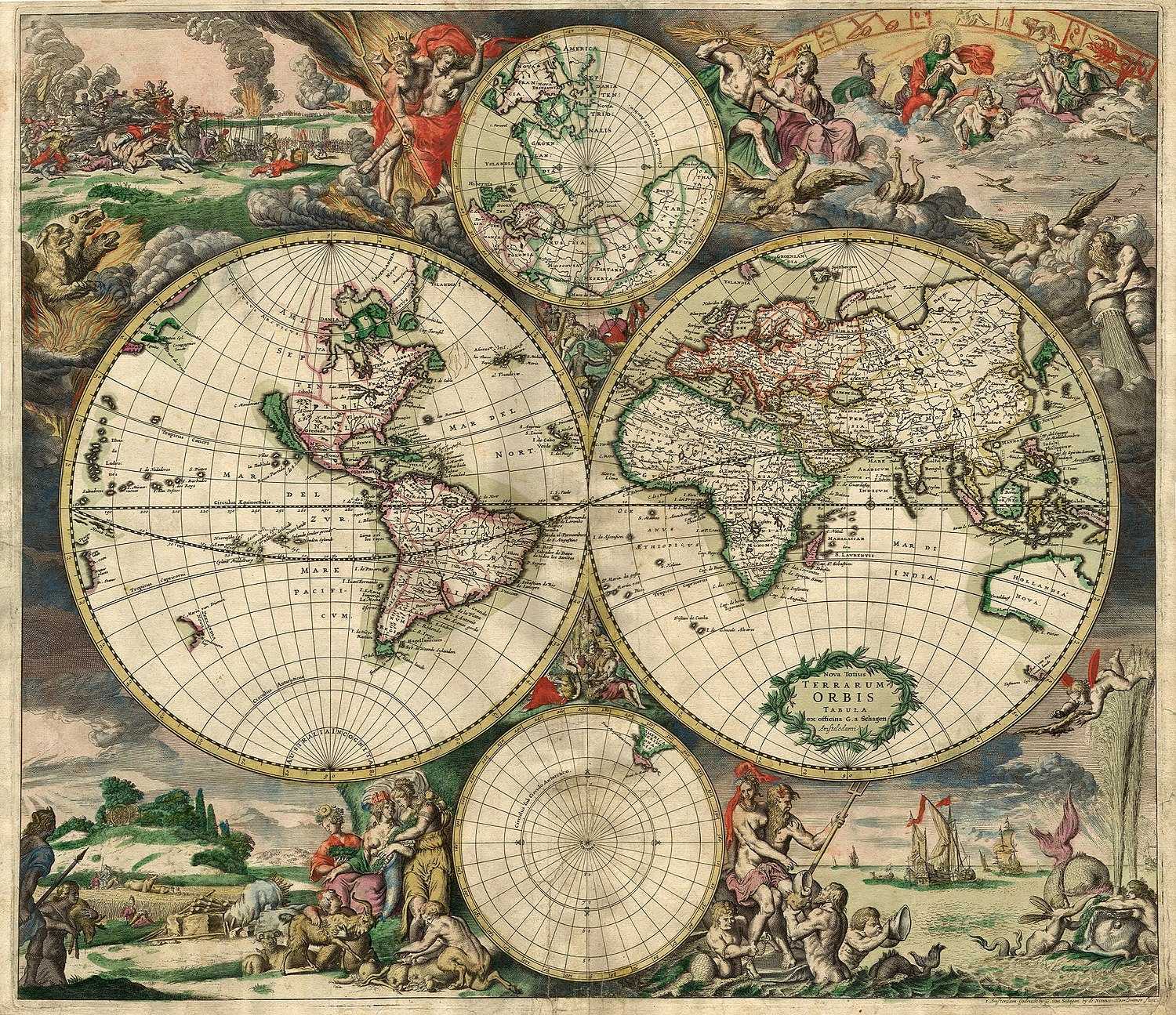 A map is a symbolic depiction emphasizing relationships between elements of some space, such as objects, regions, or themes.

Many maps are static, fixed to paper or some other durable medium, while others are dynamic or interactive. Although most commonly used to depict geography, maps may represent any space, real or fictional, without regard to context or scale, such as in brain mapping, DNA mapping, or computer network topology mapping. The space being mapped may be two dimensional, such as the surface of the earth, three dimensional, such as the interior of the earth, or even more abstract spaces of any dimension, such as arise in modeling phenomena having many independent variables.

Although the earliest maps known are of the heavens, geographic maps of territory have a very long tradition and exist from ancient times. The word "map" comes from the medieval Latin: Mappa mundi, wherein mappa meant 'napkin' or 'cloth' and mundi 'the world'. Thus, "map" became a shortened term referring to a two-dimensional representation of the surface of the world.