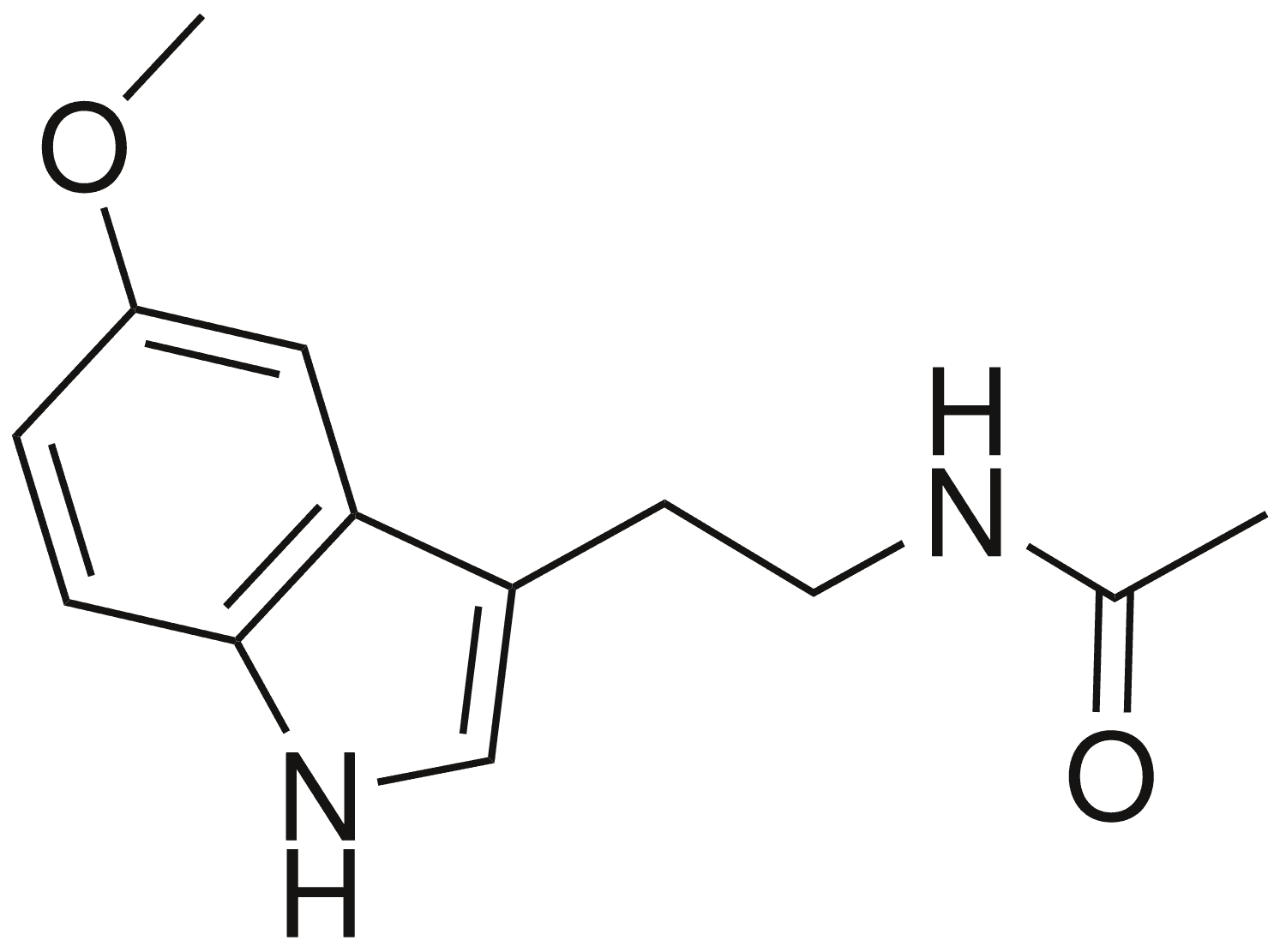 Melatonin is a natural product found in plants and animals. It is primarily known in animals as a hormone released by the pineal gland in the brain at night, and has long been associated with control of the sleep–wake cycle.[2][4]

In vertebrates, melatonin is involved in synchronizing circadian rhythms, including sleep–wake timing and blood pressure regulation, and in control of seasonal rhythmicity including reproduction, fattening, moulting and hibernation.[5] Many of its effects are through activation of the melatonin receptors, while others are due to its role as an antioxidant.[6][7][8] In plants, it functions to defend against oxidative stress.[9] It is also present in various foods.[10]