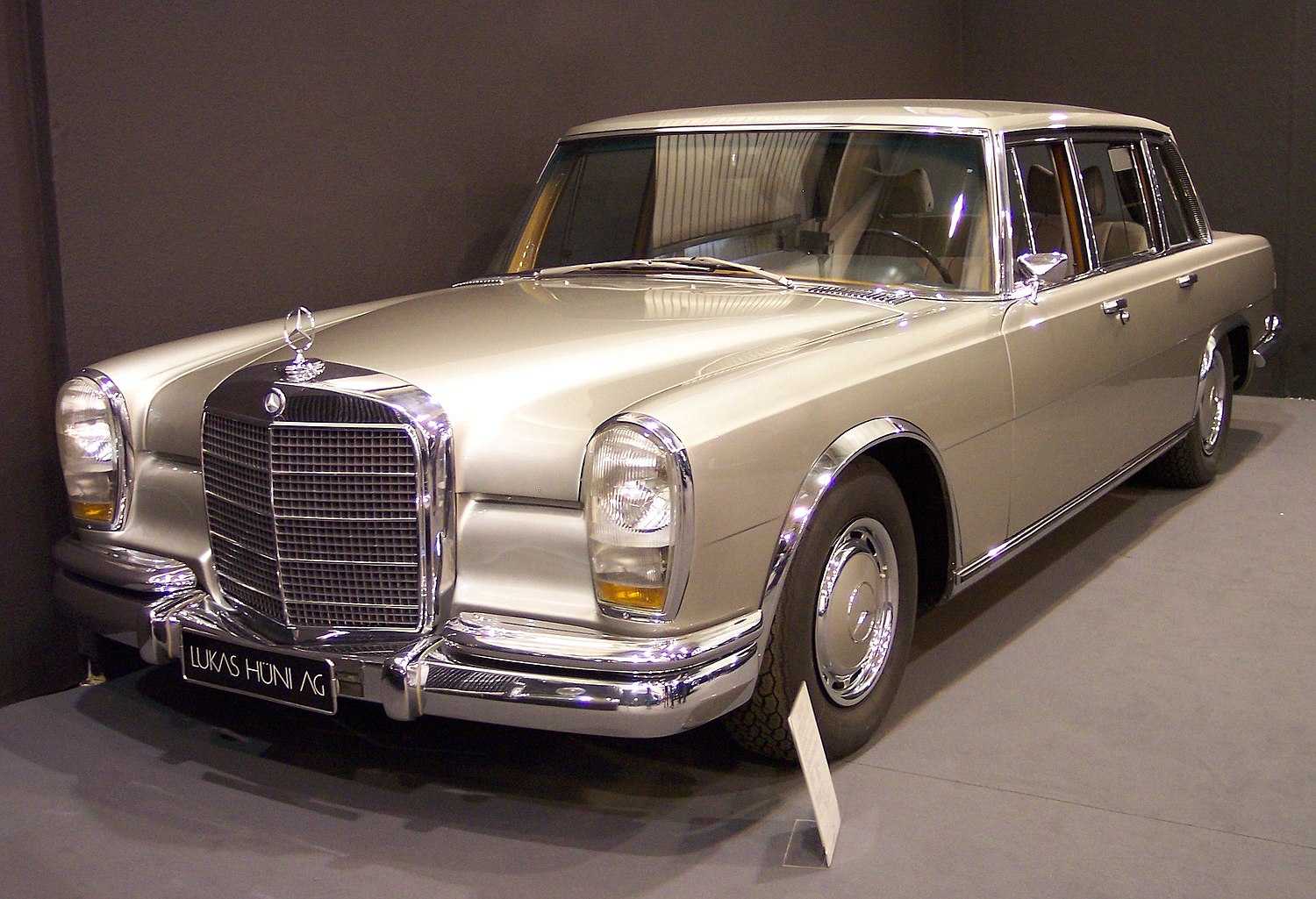 The Mercedes-Benz 600 (W100) is a line of ultra-luxury cars produced by Daimler-Benz from 1963 to 1981. The forerunner of the modern Maybach marque, the Grosser Mercedes ("Grand Mercedes") succeeded the Type 300d "Adenauer" as the company's flagship model. It was positioned above the 300-series Mercedes-Benz W112 in price, amenities, and status. Its few competitors included British and American equivalents such as Rolls-Royce, Bentley, Lincoln Continental, Cadillac Series 75, and Imperial. It was well known for its ownership among celebrities and political leaders throughout the late 20th century.

Generally, the short-wheelbase (SWB) models were designed to be owner-driven, whereas the long-wheelbase (LWB) and limousine models, often incorporating a central divider with power window, were intended for chauffeur operation.