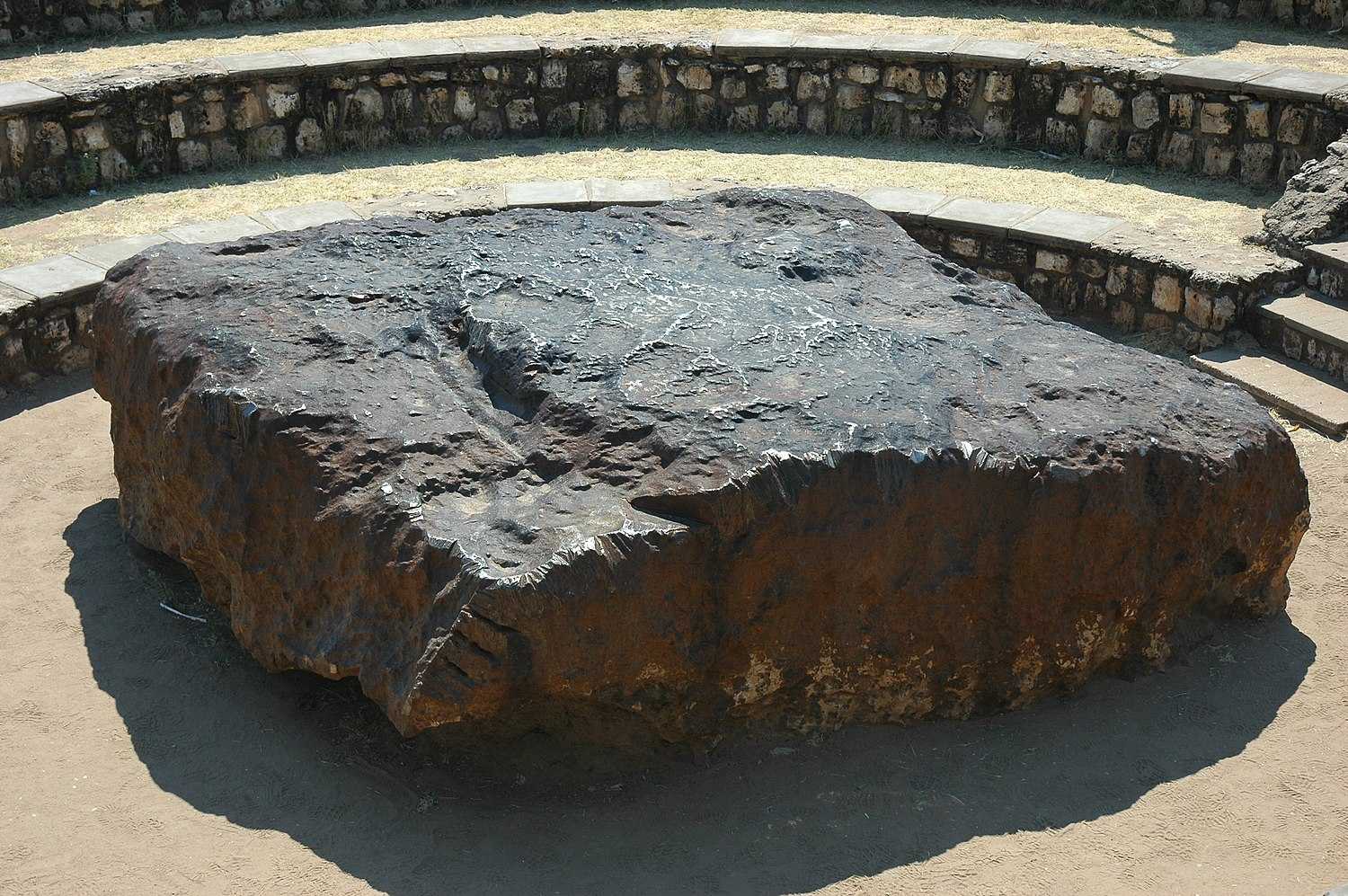 A meteorite is a solid piece of debris from an object, such as a comet, asteroid, or meteoroid, that originates in outer space and survives its passage through the atmosphere to reach the surface of a planet or moon. When the original object enters the atmosphere, various factors such as friction, pressure, and chemical interactions with the atmospheric gases cause it to heat up and radiate energy. It then becomes a meteor and forms a fireball, also known as a shooting star; astronomers call the brightest examples "bolides". Once it settles on the larger body's surface, the meteor becomes a meteorite. Meteorites vary greatly in size. For geologists, a bolide is a meteorite large enough to create an impact crater.[2]

Solid debris from outer space that hits a planetary surface

Meteorites that are recovered after being observed as they transit the atmosphere and impact the Earth are called meteorite falls. All others are known as meteorite finds.

Meteorites have traditionally been divided into three broad categories: stony meteorites that are rocks, mainly composed of silicate minerals; iron meteorites that are largely composed of ferronickel; and stony-iron meteorites that contain large amounts of both metallic and rocky material. Modern classification schemes divide meteorites into groups according to their structure, chemical and isotopic composition and mineralogy. "Meteorites" less than ~1 mm in diameter are classified as micrometeorites, however micrometeorites differ from meteorites in that they typically melt completely in the atmosphere and fall to Earth as quenched droplets. Extraterrestrial meteorites have been found on the Moon and on Mars.[3][4][5]