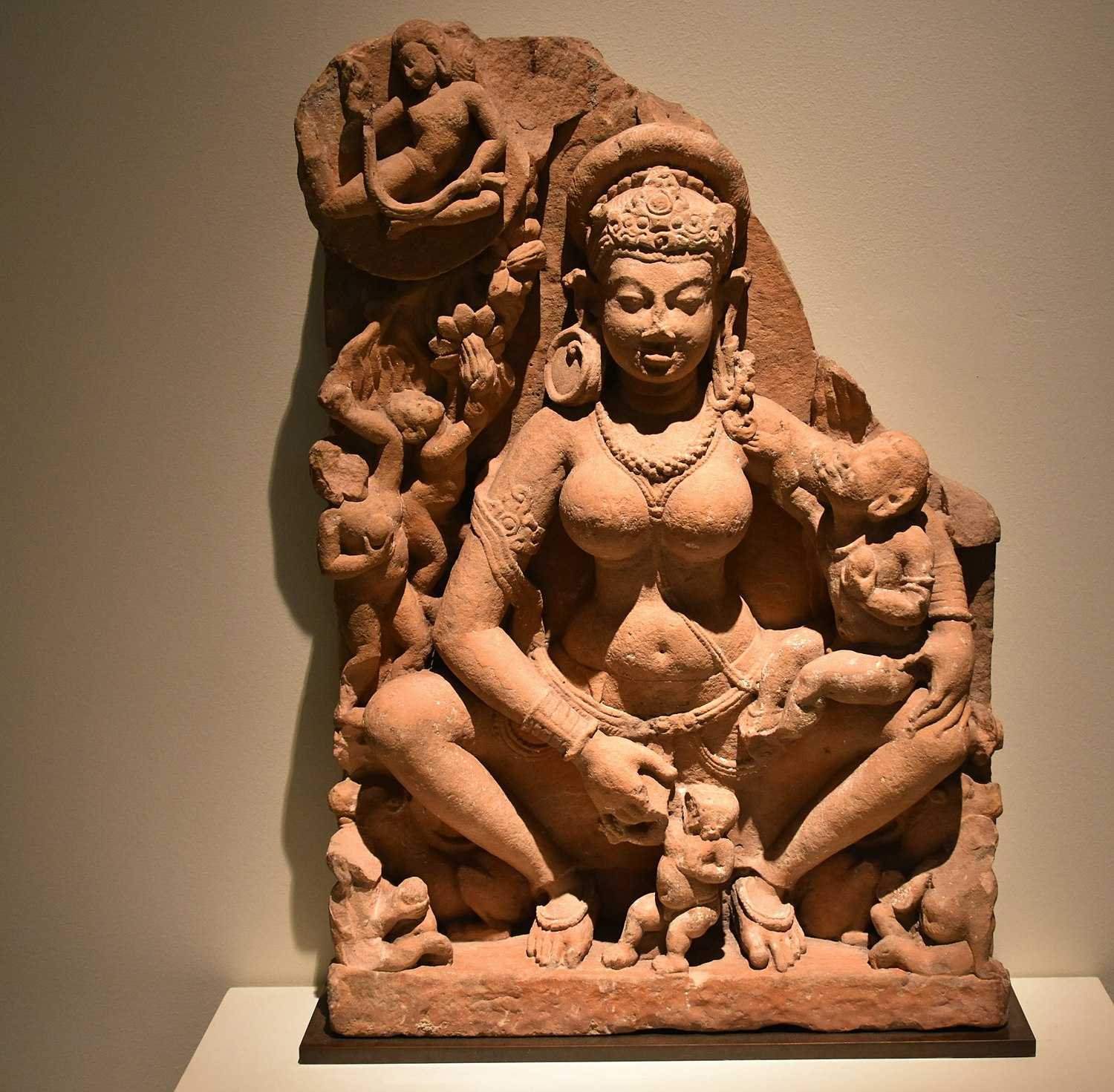 A mother goddess is a goddess who represents a personified deification of motherhood, fertility, creation, destruction, or the earth goddess who embodies the bounty of the earth or nature. When equated with the earth or the natural world, such goddesses are sometimes referred to as the Mother Earth or Earth Mother, deity in various animistic or pantheistic religions. [citation needed] The earth goddess is usually the wife or feminine counterpart of the Sky Father or Father Heaven. In some polytheistic cultures, such as the Ancient Egyptian religion which narrates the cosmic egg myth, the sky is instead seen as the Heavenly Mother or Sky Mother as in Nut and Hathor, and the earth god is regarded as the male, paternal, and terrestrial partner, as in Osiris or Geb who hatched out of the maternal cosmic egg.

Goddess who represents, or is a personification of nature, motherhood, fertility, creation