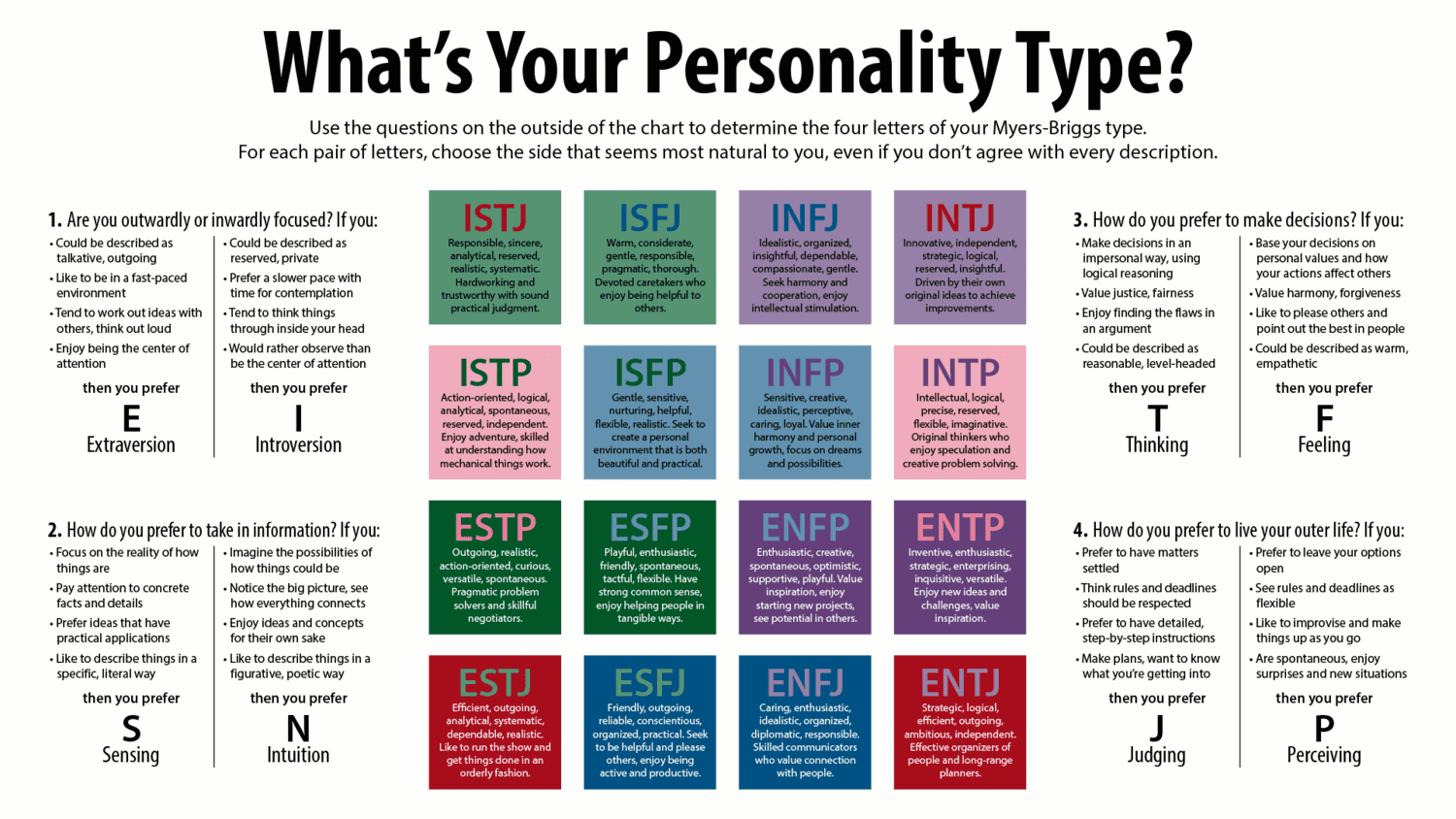 In personality typology, the Myers–Briggs Type Indicator (MBTI) is an introspective self-report questionnaire indicating differing psychological preferences in how people perceive the world and make decisions. Despite its popularity, it has been widely regarded as pseudoscience by the scientific community.[1][2][3] The test attempts to assign a value to each of four categories: introversion or extraversion, sensing or intuition, thinking or feeling, and judging or perceiving. One letter from each category is taken to produce a four-letter test result, such as "INTP" or "ESFJ".[4][5][6]

The MBTI was constructed by two Americans: Katharine Cook Briggs and her daughter Isabel Briggs Myers, who were inspired by the book Psychological Types by Swiss psychiatrist Carl Jung. Isabel Myers was particularly fascinated by the concept of introversion and she typed herself as an INFP. However, she felt the book was too complex for the general public, and therefore she tried to organize the Jungian cognitive functions to make it more accessible.[7]

Most of the research supporting the MBTI's validity has been produced by the Center for Applications of Psychological Type, an organization run by the Myers-Briggs Foundation, and published in the center's own journal, the Journal of Psychological Type (JPT), raising questions of independence, bias, and conflict of interest.[8] Though the MBTI resembles some psychological theories, it has been criticized as pseudoscience[9] and is not widely endorsed by academic researchers in the psychology field.[10] The indicator exhibits significant scientific (psychometric) deficiencies, including poor validity, poor reliability, measuring categories that are not independent, and not being comprehensive.[11][12][13][14]