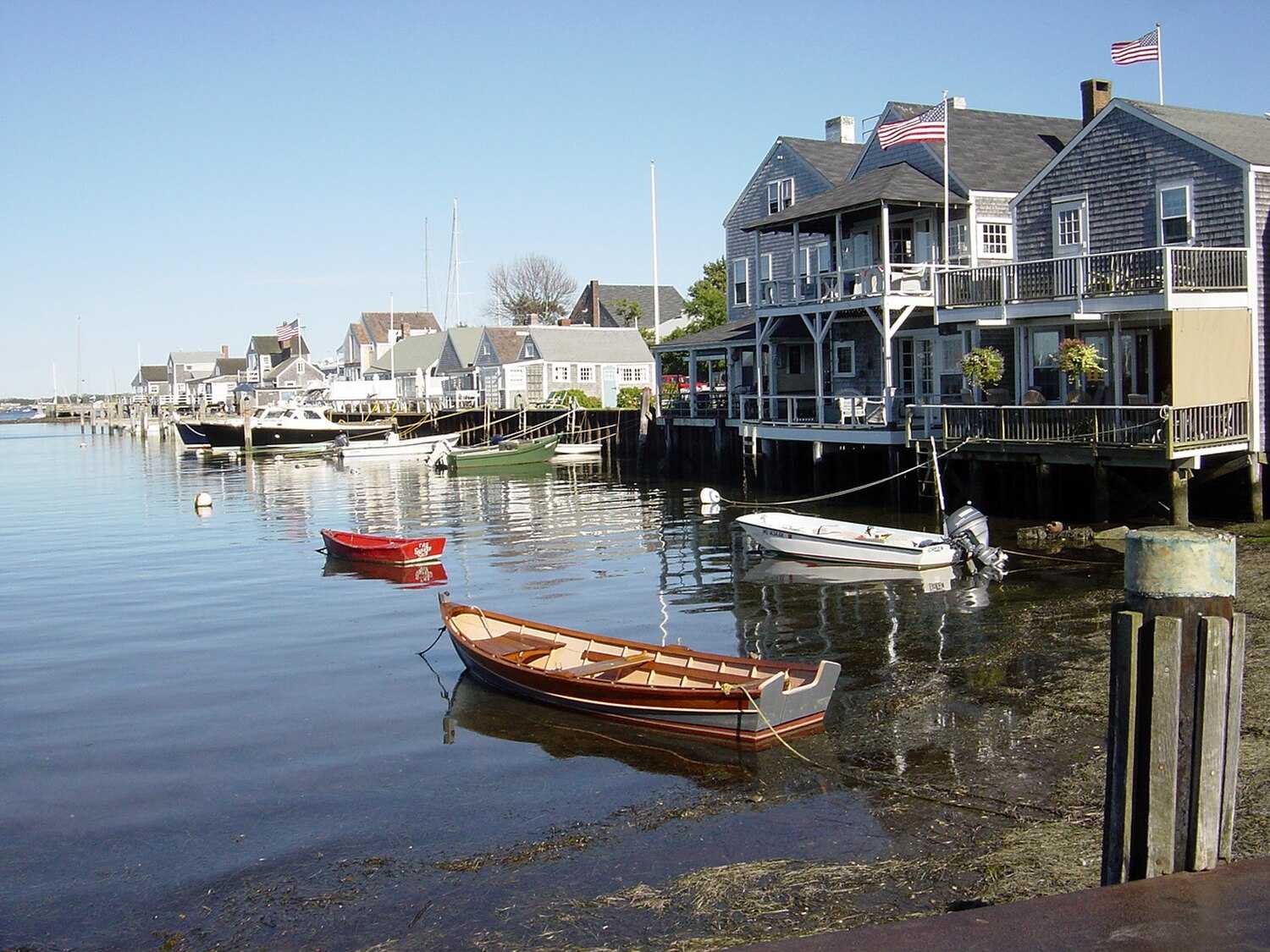 The name "Nantucket" is adapted from similar Algonquian names for the island, but is very similar to the endonym of the native Nehantucket tribe that occupied the region at the time of European settlement.[3]

Nantucket is a tourist destination and summer colony. Due to tourists and seasonal residents, the population of the island increases to at least 50,000 during the summer months.[4] The average sale price for a single-family home was $2.3 million in the first quarter of 2018.[5]

The National Park Service cites Nantucket, designated a National Historic Landmark District in 1966, as being the "finest surviving architectural and environmental example of a late 18th- and early 19th-century New England seaport town."[6]

Nantucket is accessible by boat, ferry, or airplane.