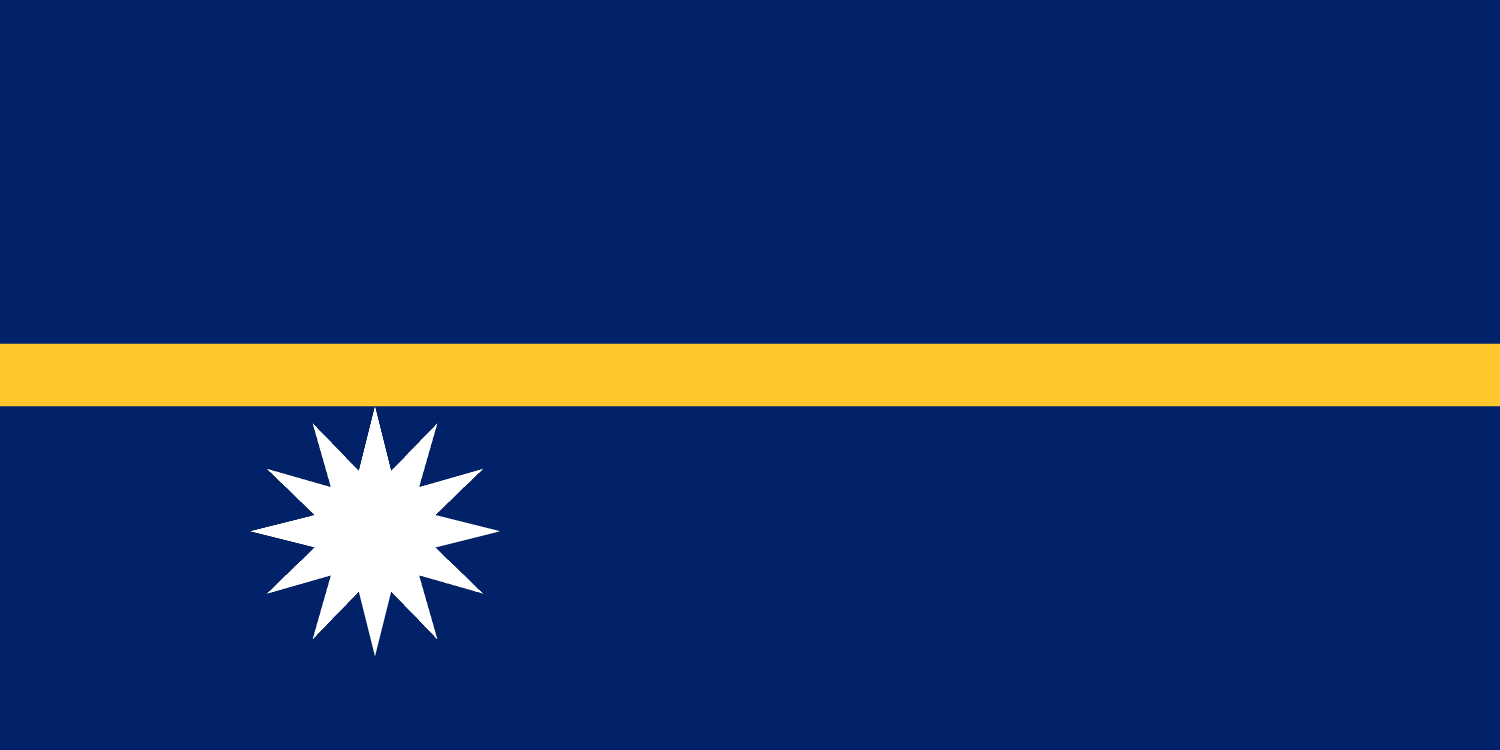 Nauru (/nɑːˈuːruː/ nah-OO-roo[10] or /ˈnaʊruː/ NOW-roo;[11] Nauruan: Naoero), officially the Republic of Nauru (Nauruan: Repubrikin Naoero) and formerly known as Pleasant Island, is an island country and microstate in Oceania, in the Central Pacific. Its nearest neighbour is Banaba of Kiribati, about 300 km (190 mi) to the east.[12] It further lies northwest of Tuvalu, 1,300 km (810 mi) northeast of Solomon Islands,[13] east-northeast of Papua New Guinea, southeast of the Federated States of Micronesia and south of the Marshall Islands. With only a 21 km2 (8.1 sq mi) area, Nauru is the third-smallest country in the world behind Vatican City and Monaco, making it the smallest republic as well as the smallest island nation. Its population of about 10,000 is the world's second-smallest (not including colonies or overseas territories), after Vatican City.

Settled by people from Micronesia circa 1000 BCE, Nauru was annexed and claimed as a colony by the German Empire in the late 19th century. After World War I, Nauru became a League of Nations mandate administered by Australia, New Zealand, and the United Kingdom. During World War II, Nauru was occupied by Japanese troops, and was bypassed by the Allied advance across the Pacific. After the war ended, the country entered into United Nations trusteeship. Nauru gained its independence in 1968, and became a member of the Pacific Community (PC) in 1969.

Nauru is a phosphate-rock island with rich deposits near the surface, which allowed easy strip mining operations for over a century, though at the cost of seriously harming the island's environment, causing the island nation to suffer from what is often referred to as the "resource curse". The large phosphate deposits are a result of the island's position in the path of bird migration patterns and the accumulation of their guano, which is rich in the nutrients crucial for fertilization, over thousands of years.[10] The phosphate was exhausted in the 1990s, and the remaining reserves are not economically viable for extraction.[14] A trust established to manage the island's accumulated mining wealth, set up for the day the reserves would be exhausted, has diminished in value. To earn income, Nauru briefly became a tax haven and illegal money laundering centre.[15] At various points since 2001, it has accepted aid from the Australian Government in exchange for hosting the Nauru Regional Processing Centre, a controversial offshore Australian immigration detention facility. As a result of heavy dependence on Australia, some sources have identified Nauru as a client state of Australia.[16][17][18] The sovereign state is a member of the United Nations, Commonwealth of Nations and the Organization of African, Caribbean, and Pacific States.