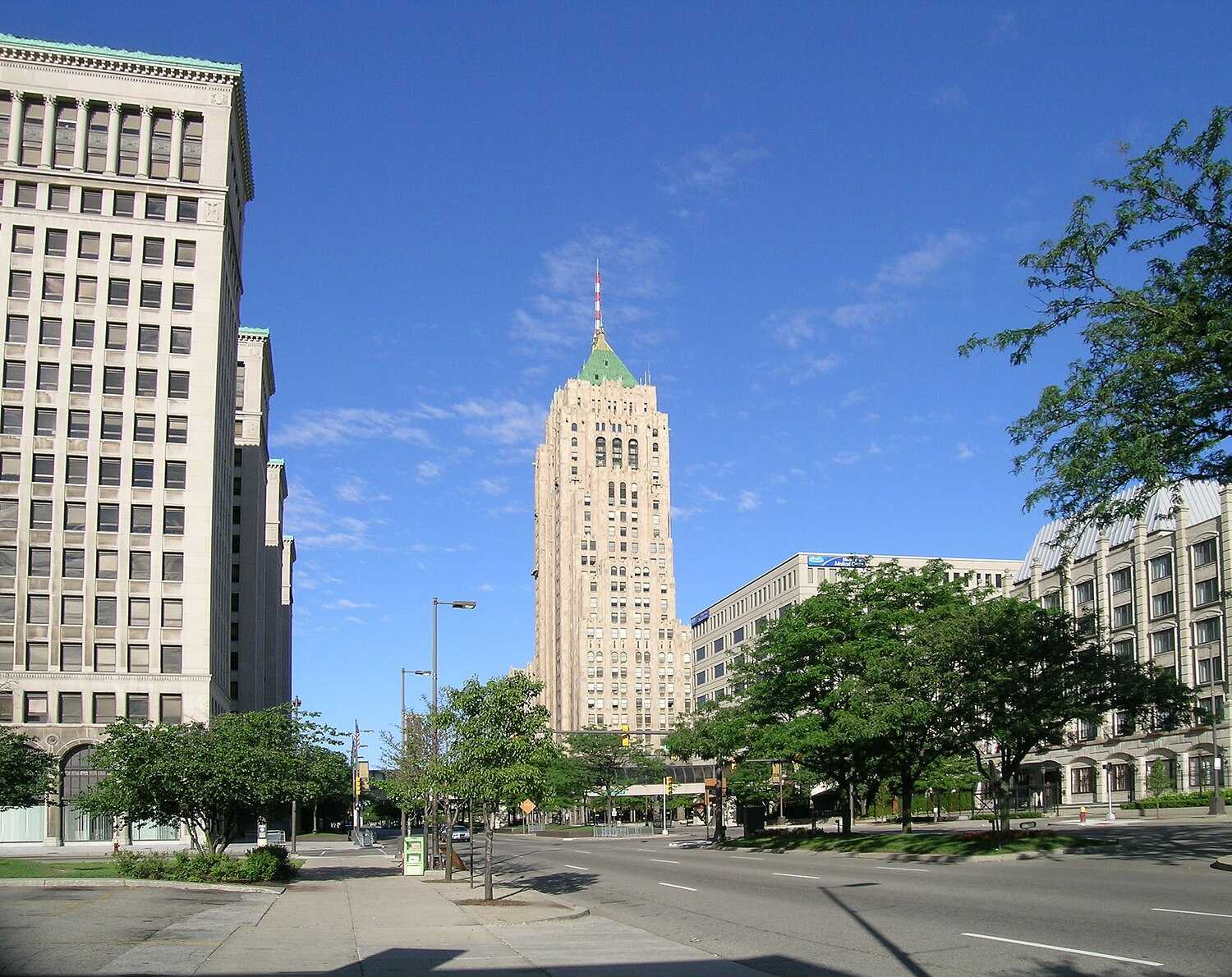 New Center is a commercial and residential district located in Detroit, Michigan, adjacent to Midtown, one mile (1.6 km) north of the Cultural Center, and approximately three miles (5 km) north of Downtown. The area is centered just west of the intersection of Woodward Avenue and Grand Boulevard, and is bounded by, and includes the Virginia Park Historic District on the north, the Edsel Ford Freeway (I-94) on the south, John R Street on the east and the Lodge Freeway on the west.[1] New Center, and the surrounding areas north of I-94, are sometimes seen as coterminous with the North End, while in fact separate districts.

The heart of New Center was developed in the 1920s as a business hub that would offer convenient access to both downtown resources and outlying factories. Some historians believe that New Center may be the original edge city—a sub-center remote from, but related to, a main urban core.[1] The descriptor "New Center" derived its name from the New Center News, an automotive-focused free newspaper begun in 1933 that continues to operate under the name Detroit Auto Scene. From 1923 to 1996, General Motors maintained its world headquarters in New Center (in what is now Cadillac Place) before relocating downtown to the Renaissance Center; before becoming a division of GM, Fisher Body was headquartered in the Fisher Building. Both Cadillac Place and the Fisher Building are National Historic Landmarks. In addition to the government and commercial offices along Woodward and Grand Boulevard, New Center contains the Fisher Theatre, the Hotel St. Regis, the Henry Ford Hospital, restaurants, and residential areas.