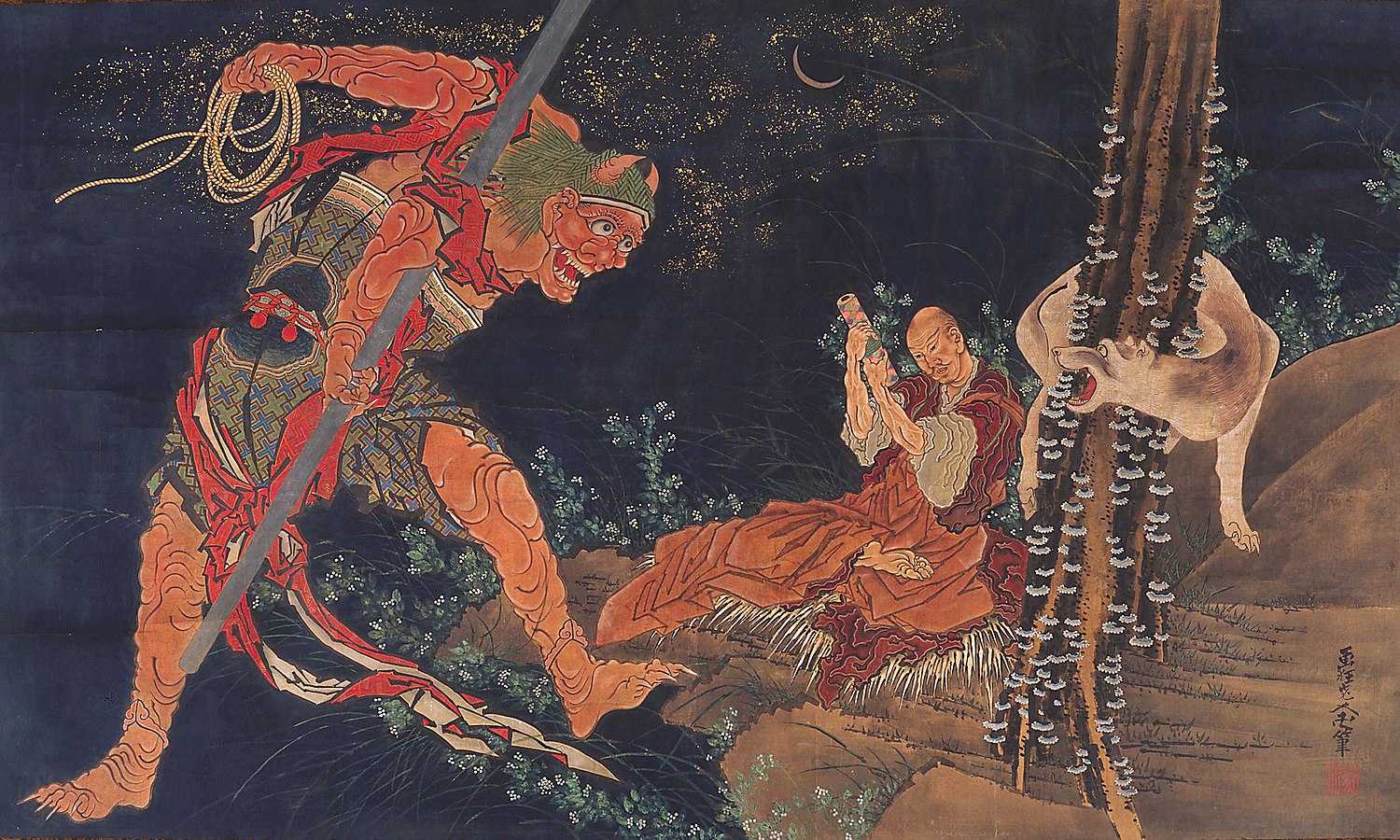 An oni () is a kind of yōkai, demon, orc, ogre, or troll in Japanese folklore. Oni are mostly known for their fierce and evil nature manifested in their propensity for murder and cannibalism. Notwithstanding their evil reputation, oni possess intriguingly complex aspects that cannot be brushed away simply as evil. They are typically portrayed as hulking figures with one or more horns growing out of their heads.[2] Stereotypically, they are conceived of as red, blue, black, yellow, or white-colored, wearing loincloths of tiger pelt, and carrying iron kanabō clubs.[2] They are creatures which instill fear and feelings of danger due to their grotesque outward appearance, their wild and sometimes strange behavior and their powers.

They are popular characters in Japanese art, literature, and theater[3] and appear as stock villains in the well-known fairytales of Momotarō (Peach Boy), Issun-bōshi, and Kobutori Jīsan. Although Oni have been described as frightening creatures, they have become tamer in modern culture as people tell less frightening stories about them like Oni Mask and Red Oni Who Cried.

Shuten-dōji has been regarded as the most famous and strongest oni in Japan. The legend of Shuten-dōji has been described since the 14th century in various arts, traditional performing arts and literature such as emakimono, jōruri, noh and kabuki. The tachi (Japanese long sword) "Dōjigiri" with which Minamoto no Yorimitsu decapitated Shuten-dōji' in the legend is now designated as a National Treasure and one of the Tenka-Goken (Five Greatest Swords Under Heaven).[4][5]