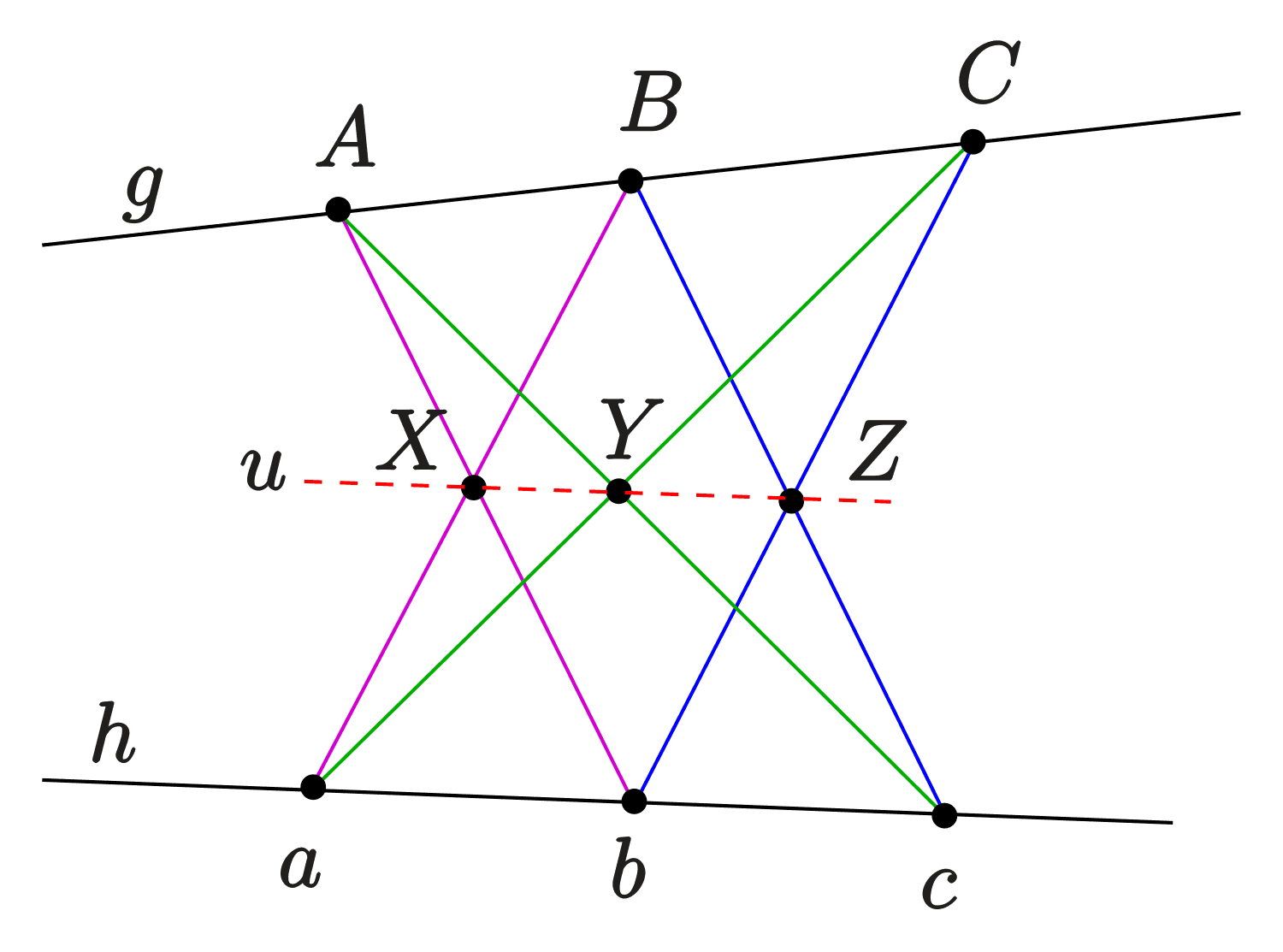 In mathematics, Pappus's hexagon theorem (attributed to Pappus of Alexandria) states that

If one restricts the projective plane such that the Pappus line

is the line at infinity, one gets the affine version of Pappus's theorem shown in the second diagram.

If the Pappus line

have a point in common, one gets the so-called little version of Pappus's theorem.[2]

, and another set of concurrent lines

defined by pairs of points resulting from pairs of intersections

are concurrent. (Concurrent means that the lines pass through one point.)

The Pappus configuration is the configuration of 9 lines and 9 points that occurs in Pappus's theorem, with each line meeting 3 of the points and each point meeting 3 lines. In general, the Pappus line does not pass through the point of intersection of

.[3] This configuration is self dual. Since, in particular, the lines

have the properties of the lines

of the dual theorem, and collinearity of

is equivalent to concurrence of

, the dual theorem is therefore just the same as the theorem itself. The Levi graph of the Pappus configuration is the Pappus graph, a bipartite distance-regular graph with 18 vertices and 27 edges.