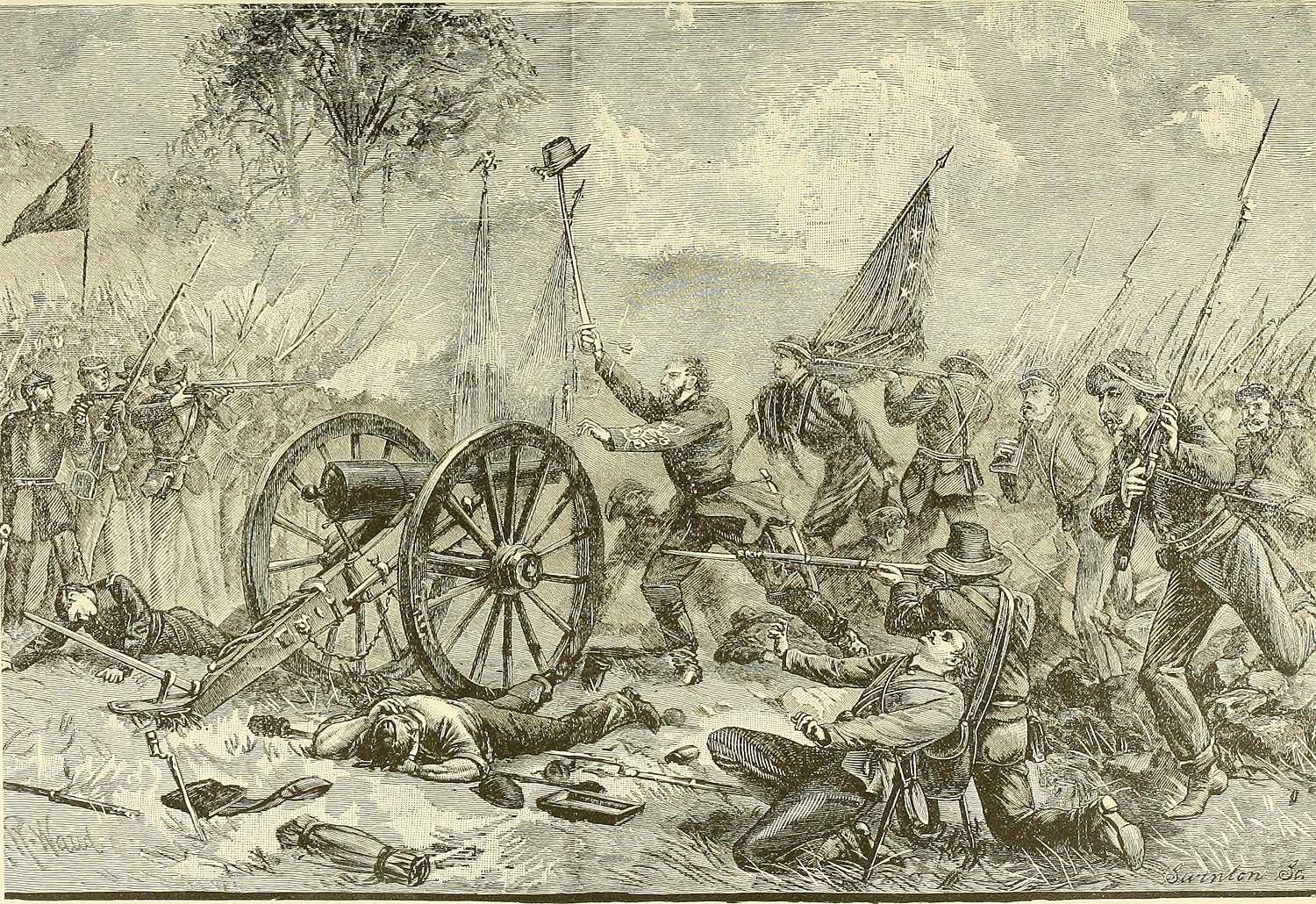 Pickett's Charge (July 3, 1863), also known as the Pickett–Pettigrew–Trimble Charge, was an infantry assault ordered by Confederate General Robert E. Lee against Major General George G. Meade's Union positions on the last day of the Battle of Gettysburg in the commonwealth of Pennsylvania during the Civil War. Confederate troops made a frontal assault towards the center of Union lines, ultimately being repulsed with heavy casualties. Suffering from a lack of preparation and problems from the onset, the attack was a costly mistake that decisively ended Lee's invasion of the north and forced a retreat back to Virginia. [1]

The charge is popularly named after Major General George Pickett, one of three Confederate generals (all under the command of Lieutenant General James Longstreet) who led the assault.

There was ... a weak point ... where [Cemetery Ridge], sloping westward, formed the depression through which the Emmitsburg road passes. Perceiving that by forcing the Federal lines at that point and turning toward Cemetery Hill [Hays' Division] would be taken in flank and the remainder would be neutralized. ... Lee determined to attack at that point, and the execution was assigned to Longstreet.[3]

Lee believed that, after Confederate attacks on both the left and right flanks of the Union lines on July 2, Meade would concentrate his defenses there to the detriment of his center. However, on the night of July 2, Meade correctly predicted to General Gibbon, after a council of war, that Lee would attack the center of his lines the following morning and reinforced that area with additional soldiers and artillery.

The infantry assault was preceded by a massive artillery bombardment that was meant to soften up the Union defense and silence its artillery, but it was largely ineffective. Approximately 12,500 men in nine infantry brigades advanced over open fields for three-quarters of a mile (1200 m) under heavy Union artillery and rifle fire. Although some Confederates were able to breach the low stone wall that shielded many of the Union defenders, they could not maintain their hold and were repelled with over 50 percent casualties.

Often cited as one of the turning points of the war, the farthest point reached by the attack has been referred to as the high-water mark of the Confederacy.