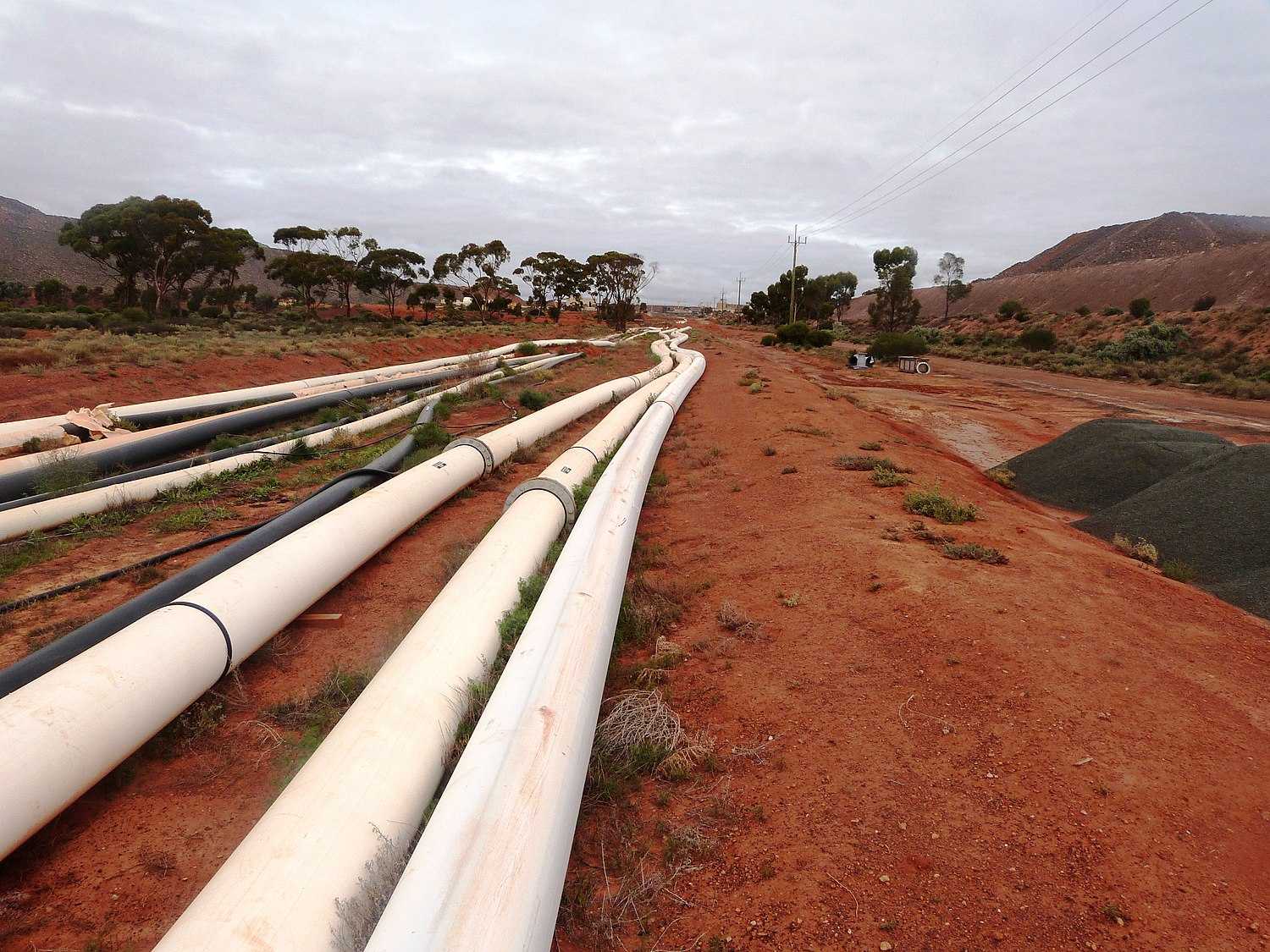 Pipeline transport is the long-distance transportation of a liquid or gas through a system of pipes—a pipeline—typically to a market area for consumption. The latest data from 2014 gives a total of slightly less than 2,175,000 miles (3,500,000 km) of pipeline in 120 countries of the world.[1] The United States had 65%, Russia had 8%, and Canada had 3%, thus 76% of all pipeline were in these three countries.[1]

Pumping fluids or gas through pipes

Pipeline and Gas Journal's worldwide survey figures indicate that 118,623 miles (190,905 km) of pipelines are planned and under construction. Of these, 88,976 miles (143,193 km) represent projects in the planning and design phase; 29,647 miles (47,712 km) reflect pipelines in various stages of construction. Liquids and gases are transported in pipelines, and any chemically stable substance can be sent through a pipeline.[2] Pipelines exist for the transport of crude and refined petroleum, fuels – such as oil, natural gas and biofuels – and other fluids including sewage, slurry, water, beer, hot water or steam for shorter distances. Pipelines are useful for transporting water for drinking or irrigation over long distances when it needs to move over hills, or where canals or channels are poor choices due to considerations of evaporation, pollution, or environmental impact.

Oil pipelines are made from steel or plastic tubes which are usually buried. The oil is moved through the pipelines by pump stations along the pipeline. Natural gas (and similar gaseous fuels) are pressurized into liquids known as Natural Gas Liquids (NGLs).[3] Natural gas pipelines are constructed of carbon steel. Hydrogen pipeline transport is the transportation of hydrogen through a pipe. Pipelines are one of the safest ways of transporting materials as compared to road or rail, and hence in war, pipelines are often the target of military attacks.[4]