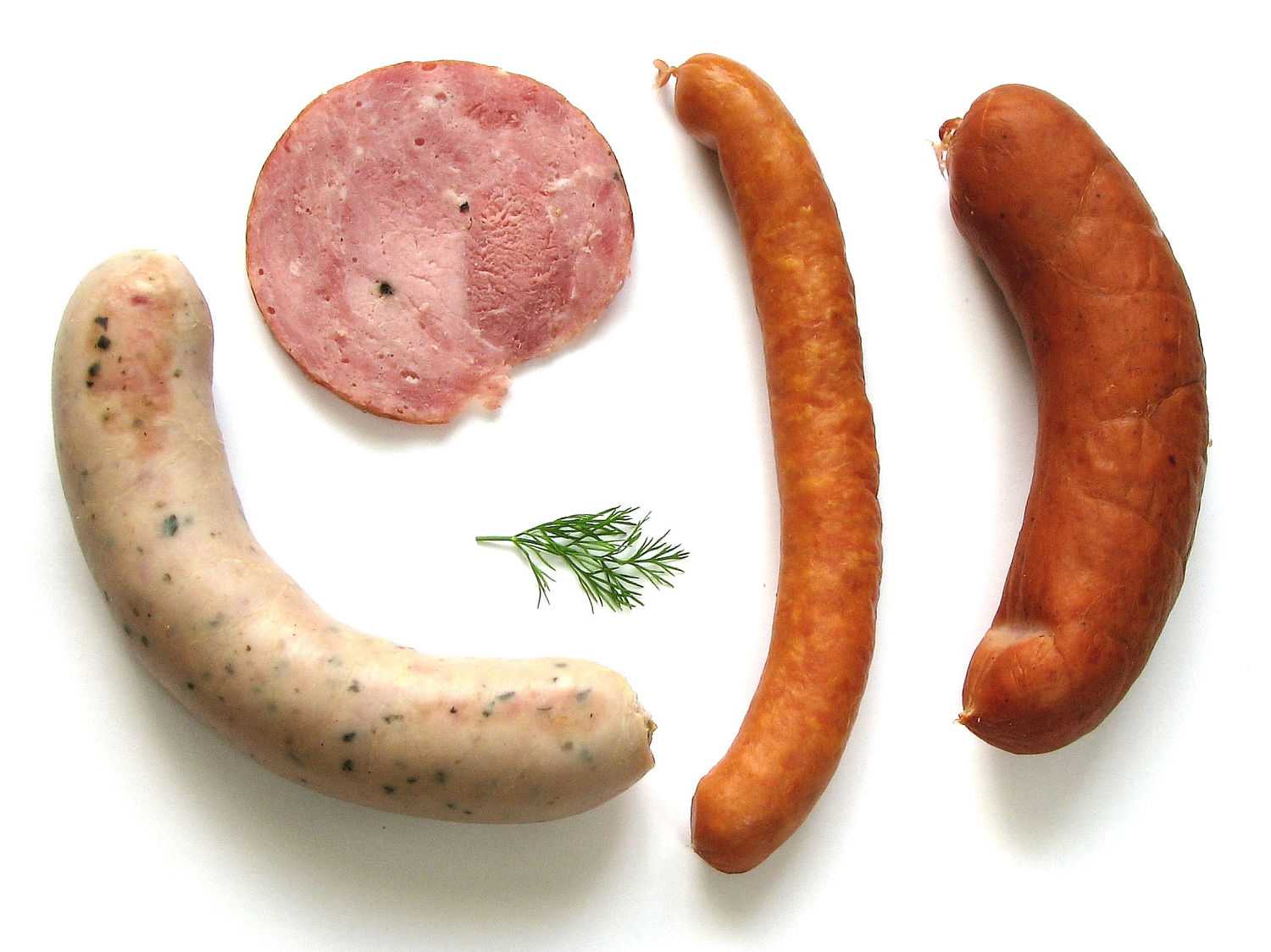 A sausage is a type of meat product usually made from ground meat—often pork, beef, or poultry—along with salt, spices and other flavourings. Other ingredients, such as grains or breadcrumbs may be included as fillers or extenders.

When used as an uncountable noun, the word sausage can refer to the loose sausage meat, which can be formed into patties or stuffed into a skin. When referred to as "a sausage", the product is usually cylindrical and encased in a skin.

Typically, a sausage is formed in a casing traditionally made from intestine, but sometimes from synthetic materials. Sausages that are sold raw are cooked in many ways, including pan-frying, broiling and barbecuing. Some sausages are cooked during processing, and the casing may then be removed.

Sausage-making is a traditional food preservation technique. Sausages may be preserved by curing, drying (often in association with fermentation or culturing, which can contribute to preservation), smoking, or freezing. Some cured or smoked sausages can be stored without refrigeration. Most fresh sausages must be refrigerated or frozen until they are cooked.

Sausages are made in a wide range of national and regional varieties, which differ by the types of meats that are used, the flavouring or spicing ingredients (garlic, peppers, wine, etc.), and the manner of preparation. In the 21st century, vegetarian and vegan varieties of sausage in which plant-based ingredients are used instead of meat have become much more widely available and consumed.