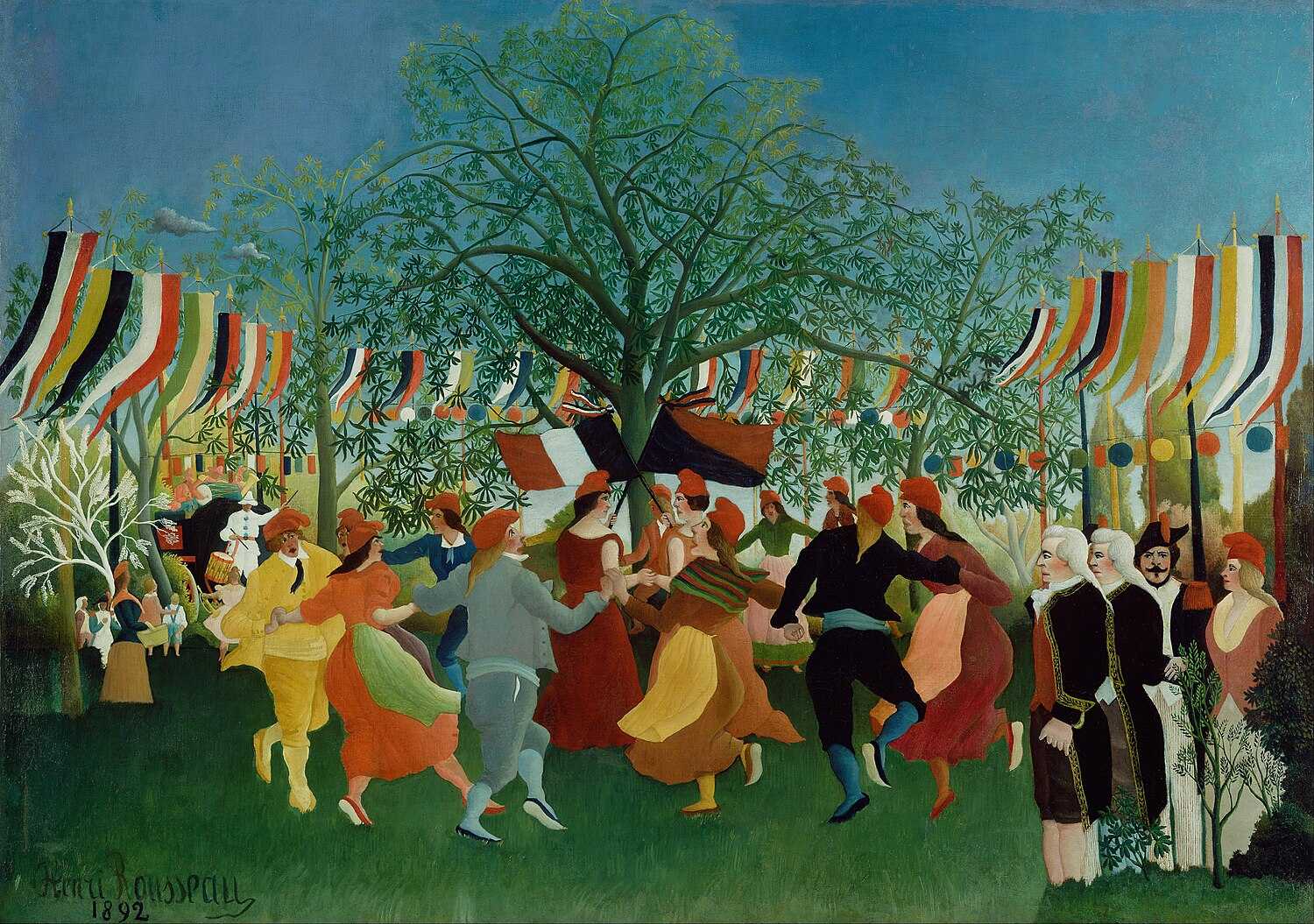 Predominantly French art movement that developed roughly between 1886 and 1905

The term Post-Impressionism was first used by art critic Roger Fry in 1906.[2][3] Critic Frank Rutter in a review of the Salon d'Automne published in Art News, 15 October 1910, described Othon Friesz as a "post-impressionist leader"; there was also an advert for the show The Post-Impressionists of France.[4] Three weeks later, Roger Fry used the term again when he organised the 1910 exhibition Manet and the Post-Impressionists, defining it as the development of French art since Manet.

Post-Impressionists extended Impressionism while rejecting its limitations: they continued using vivid colours, sometimes using impasto (thick application of paint) and painting from life, but were more inclined to emphasize geometric forms, distort form for expressive effect, and use unnatural or modified colour.