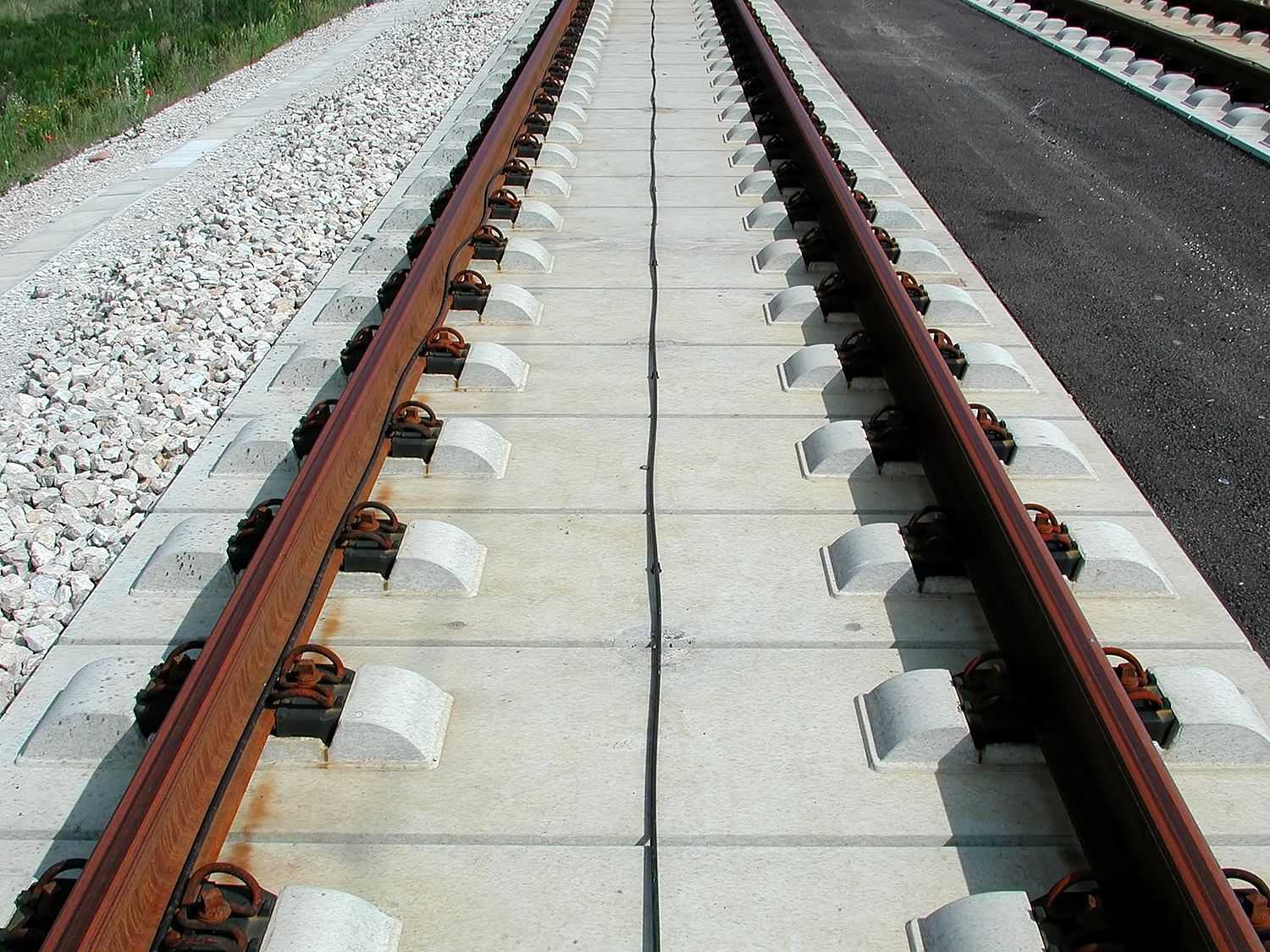 A railway track (British English and UIC terminology) or railroad track (American English), also known as permanent way or simply track, is the structure on a railway or railroad consisting of the rails, fasteners, railroad ties (sleepers, British English) and ballast (or slab track), plus the underlying subgrade. It enables trains to move by providing a dependable surface for their wheels to roll upon. Early tracks were constructed with wooden or cast iron rails, and wooden or stone sleepers; since the 1870s, rails have almost universally been made from steel.