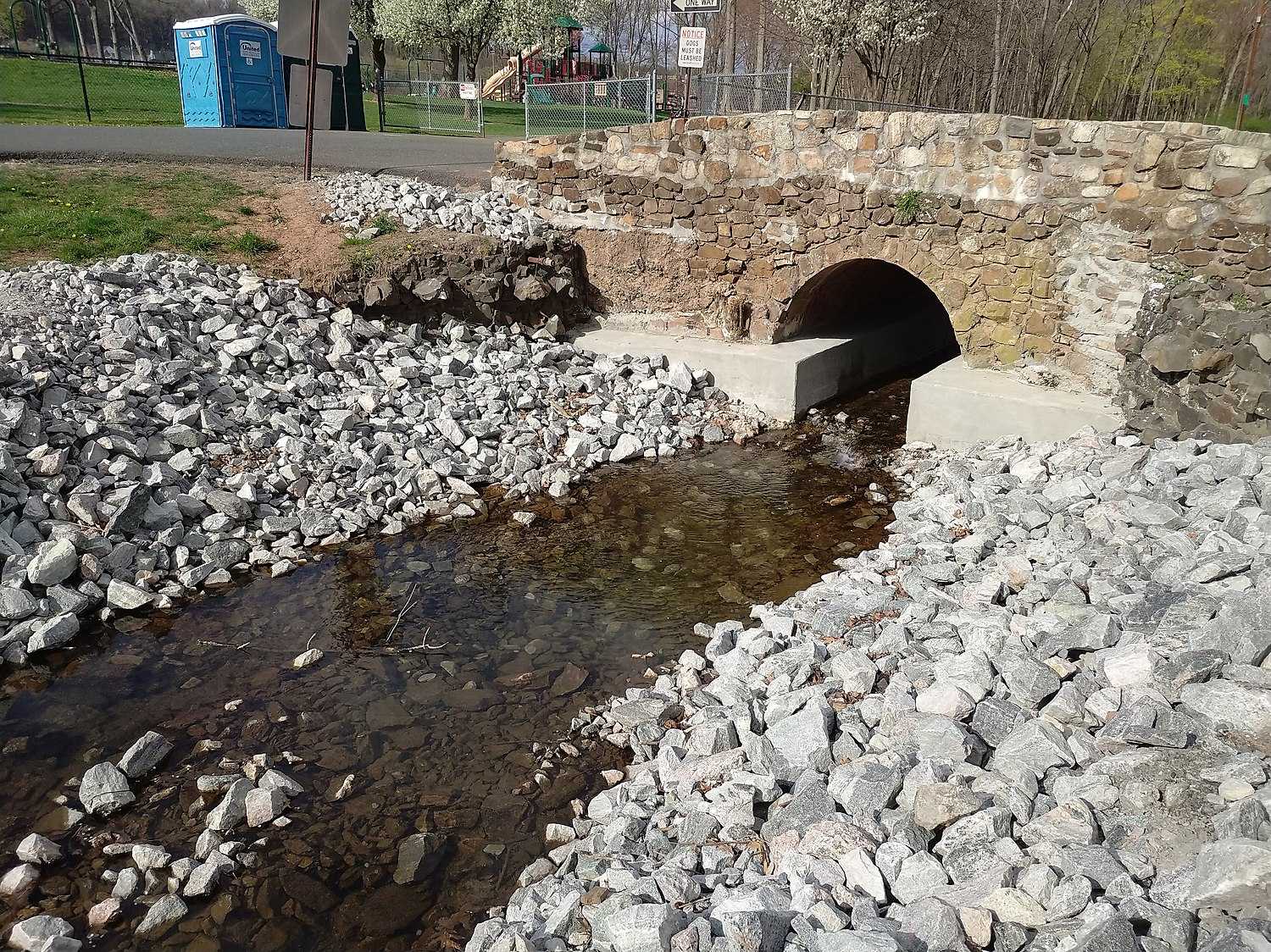 Look up riprap in Wiktionary, the free dictionary.

Riprap is also used underwater to cap immersed tubes sunken on the seabed to be joined into an undersea tunnel.[citation needed]