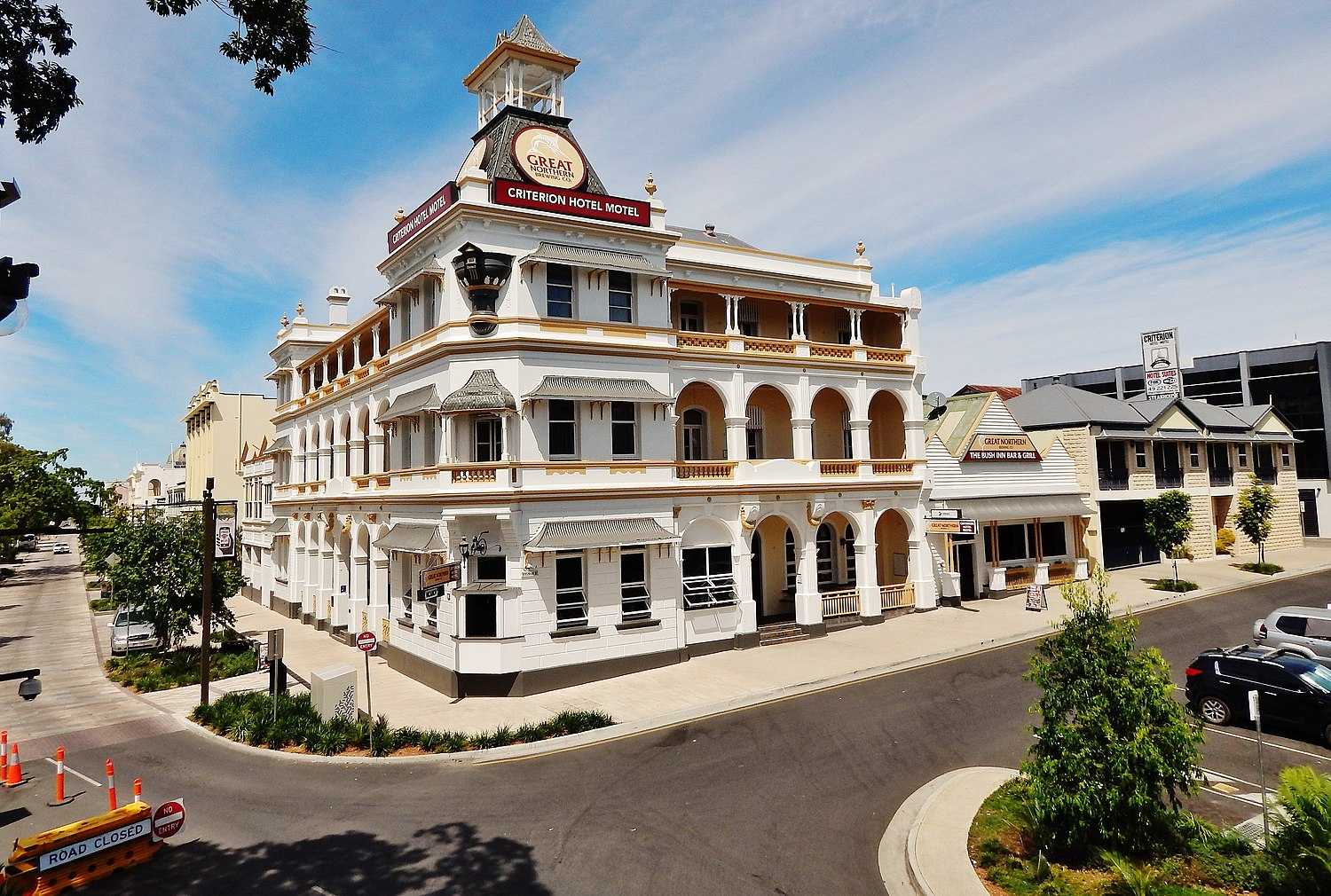 Rockhampton is one of the oldest cities in Queensland and in Northern Australia. In 1853, Charles and William Archer came across the Toonooba river, which is now also known as the Fitzroy River, which they claimed in honour of Sir Charles FitzRoy. The Archer brothers took up a run near Gracemere in 1855, and more settlers arrived soon after, enticed by the fertile valleys. The town of Rockhampton was proclaimed in 1858, and surveyed by William Henry Standish, Arthur F Wood and Francis Clarke, the chosen street design closely resembled the Hoddle Grid in Melbourne and consisted of a grid of wide boulevards and laneways, which was uncommon in Queensland. Within the year, gold was found at Canoona, and led to the first North Australian gold rush. The Canoona gold rush led to an influx of migrants who quickly transformed Rockhampton into the second-largest port in the state; during this period, Rockhampton was nicknamed as the "City of the Three S's", of which were "Sin, Sweat, and Sorrow". Subsequent gold rushes at Mount Morgan Mine, which was at the time one of the most productive gold mines in the world, laid the foundations for much of the city's Victorian architecture.

The city is noted for its Queenslander architecture, especially in the areas of Allenstown and the Range. Rockhampton is also a large tourist destination known for its history and culture supporting such institutions as the Rockhampton Art Gallery, one of the most extensive regional galleries in Australia, the Central Queensland University with campuses across five states, the Rockhampton Heritage Village, and Dreamtime Cultural Centre. It is also famous as the hometown of Rod Laver – one of the best tennis players in history.[4] The city is served by the Rockhampton Airport and acts as a gateway to local tourist locations such as the Capricorn Caves and Mount Archer National Park, as well as regional tourist areas including the historic town of Mount Morgan, Yeppoon and the Capricorn Coast, alongside the island chains offshore that include Great Keppel Island.