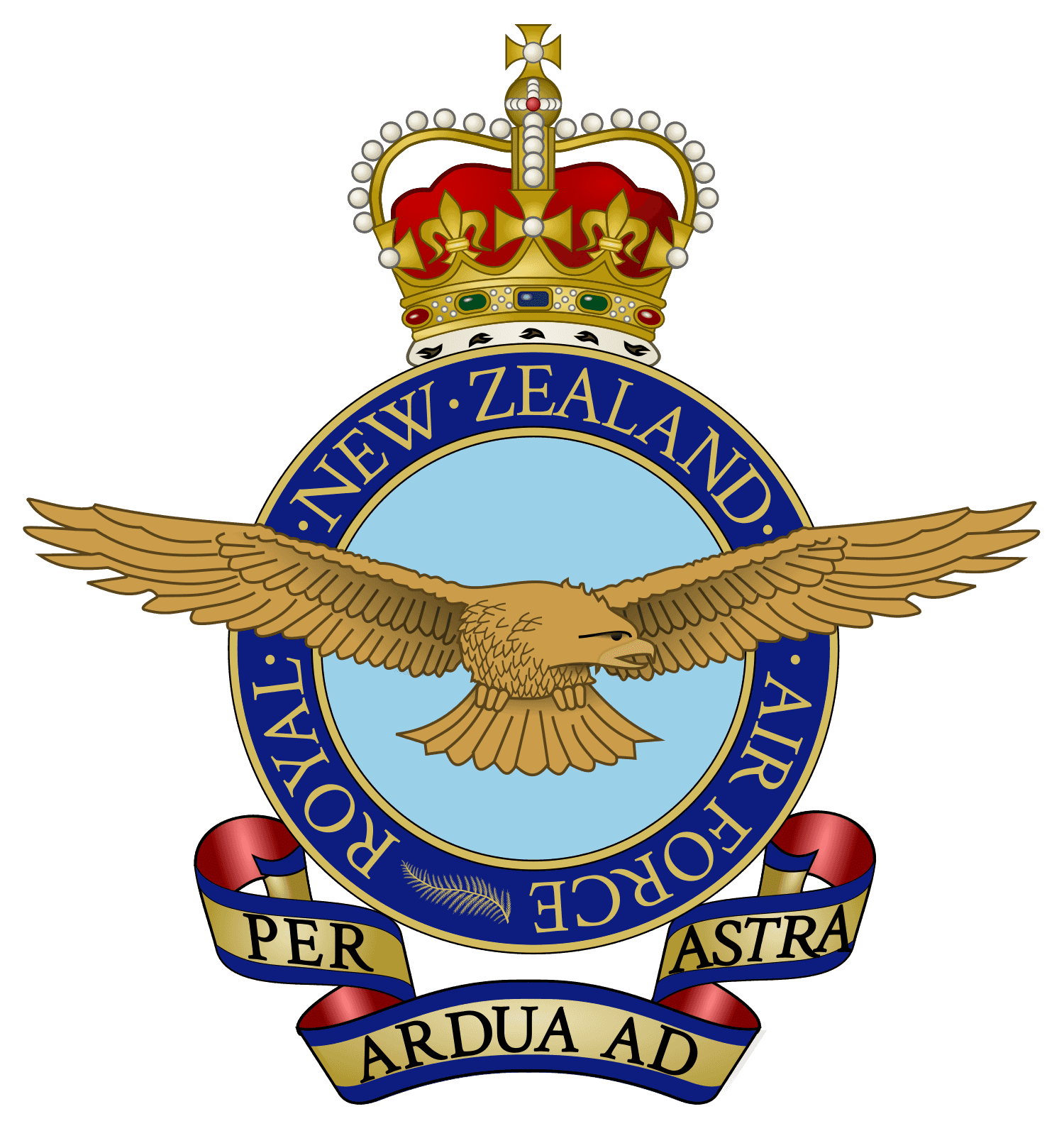 The Royal New Zealand Air Force (RNZAF) (Māori: Te Tauaarangi o Aotearoa, "The Warriors of the Sky of New Zealand"; previously Te Hokowhitu o Kahurangi, "War Party of the Blue")[4] is the aerial service branch of the New Zealand Defence Force. It was formed from New Zealand elements of the British Royal Air Force, becoming an independent force in 1923, although many RNZAF aircrew continued to serve in the Royal Air Force until the end of the 1940s.

The RNZAF fought in World War II, Malaya, Korean War, Vietnam and the Gulf War as well as undertaking various United Nations peacekeeping missions. From a 1945 peak of over 1,000 combat aircraft the RNZAF has shrunk to a strength of around 48 aircraft in 2022, focusing on maritime patrol and transport duties in support of the Royal New Zealand Navy and the New Zealand Army. The RNZAF's air combat capability ended in 2001, under the Fifth Labour Government with the disbanding of the A-4 Skyhawk and Aermacchi MB-339 equipped squadrons.

The Air Force is led by an Air Vice-Marshal who holds the appointment of Chief of Air Force. The RNZAF motto is the same as that of the Royal Air Force, Per ardua ad astra, meaning "through adversity to the stars".[5]