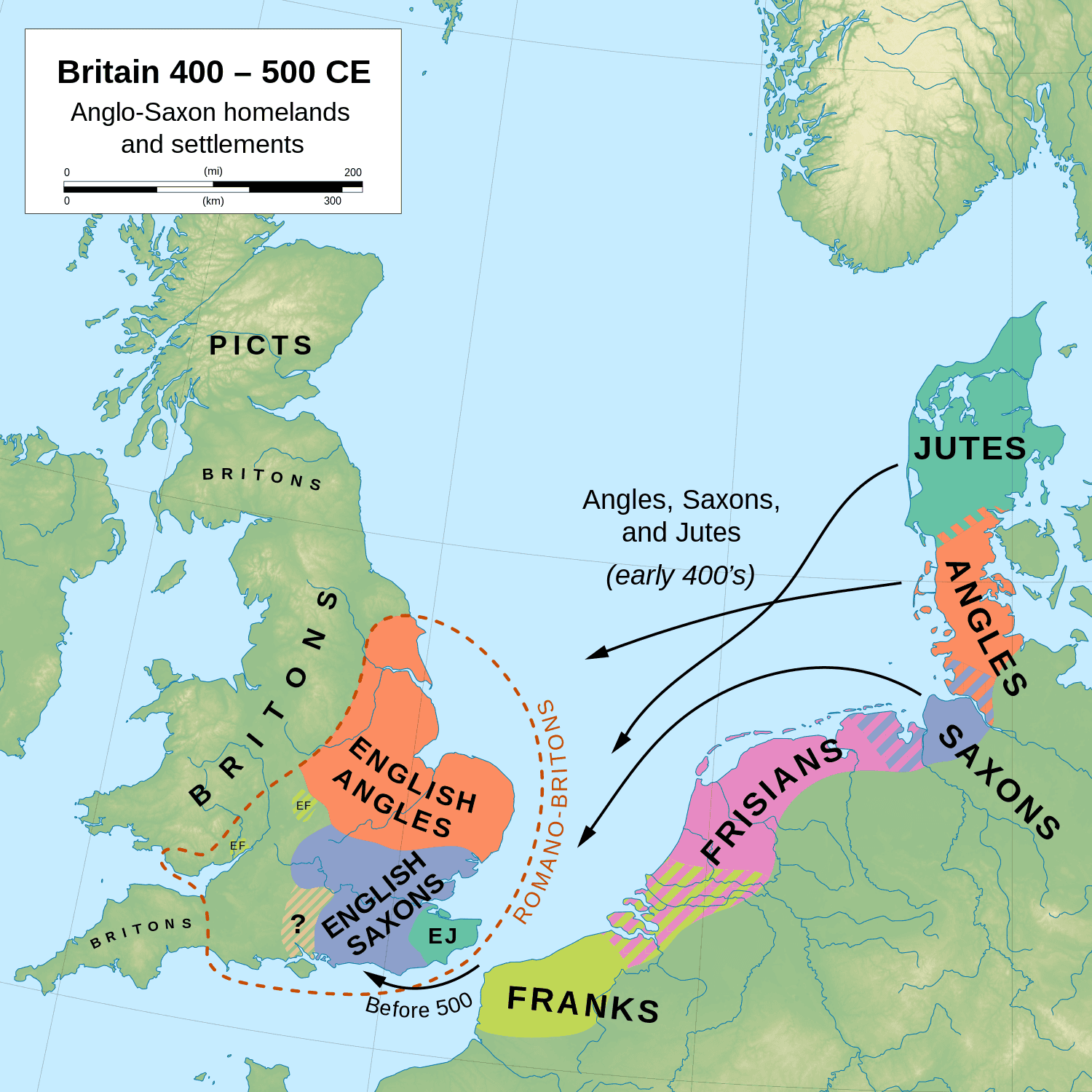 The Saxons (Latin: Saxones, German: Sachsen, Old English: Seaxan, Old Saxon: Sahson, Low German: Sassen, Dutch: Saksen) were a group of Germanic[1] peoples whose name was given in the early Middle Ages to a large country (Old Saxony, Latin: Saxonia) near the North Sea coast of northern Germania, in what is now Germany.[2] In the late Roman Empire, the name was used to refer to Germanic coastal raiders, and as a name similar to the later "Viking".[3] Their origins are believed to be in or near the German North Sea coast where they appear later, in Carolingian times. In Merovingian times, continental Saxons had been associated with the activity and settlements on the coast of what later became Normandy. Their precise origins are uncertain, and they are sometimes described as fighting inland, coming into conflict with the Franks and Thuringians. There is possibly a single classical reference to a smaller homeland of an early Saxon tribe, but its interpretation is disputed. According to this proposal, the Saxons' earliest area of settlement is believed to have been Northern Albingia. This general area is close to the probable homeland of the Angles.[4]

During the eighth and ninth centuries the Saxons of Old Saxony were in continual conflict with the Franks, whose kingdom at the time was ruled by the Carolingian dynasty. After thirty three years of conquest due to military campaigns led by the lord king and emperor Charlemagne beginning in 772 and ending around 804, the Franks defeated the Saxons, forced them to convert to Christianity and seized the territory of Old Saxony, annexing it into the Carolingian domain, although the Franks had been enemies of the Saxons in the time of Clovis I, during the early Merovingian period of the fifth and sixth centuries.

Charles Martel, Duke and prince of the Franks and Mayor of the Palace of Austrasia, the grandfather of Charlemagne, had fought and led numerous campaigns against the Saxons.

In contrast, the English Saxons, today referred to in English as Anglo-Saxons, became a single nation bringing together migrant Germanic peoples (Frisians, Jutes, Angles [whence "English"]) and assimilated Celtic Britons populations. Their earliest weapons and clothing south of the Thames were based on late Roman military fashions, but later immigrants north of the Thames showed a stronger North German influence.[5][6] The term "Anglo-Saxon", combining the names of the Angles and the Saxons, came into use by the eighth century (for example Paul the Deacon) to distinguish the Germanic inhabitants of Britain from continental Saxons (referred to in the Anglo-Saxon Chronicle as Ealdseaxe, 'old Saxons'), but both the Saxons of Britain and those of Old Saxony (Northern Germany) continued to be referred to as 'Saxons' in an indiscriminate manner, especially in the languages of Britain and Ireland.

Although the English Saxons were no longer raiders, the political history of the continental Saxons is unclear until the time of the conflict between their semi-legendary hero Widukind and the Frankish emperor Charlemagne. The continental Saxons are no longer a distinctive ethnic group or country but their name lives on in the names of several regions and states of Germany, including Lower Saxony (which includes central parts of the original Saxon homeland known as Old Saxony), Saxony in Upper Saxony, as well as Saxony-Anhalt (which includes Old, Lower and Upper Saxon regions).