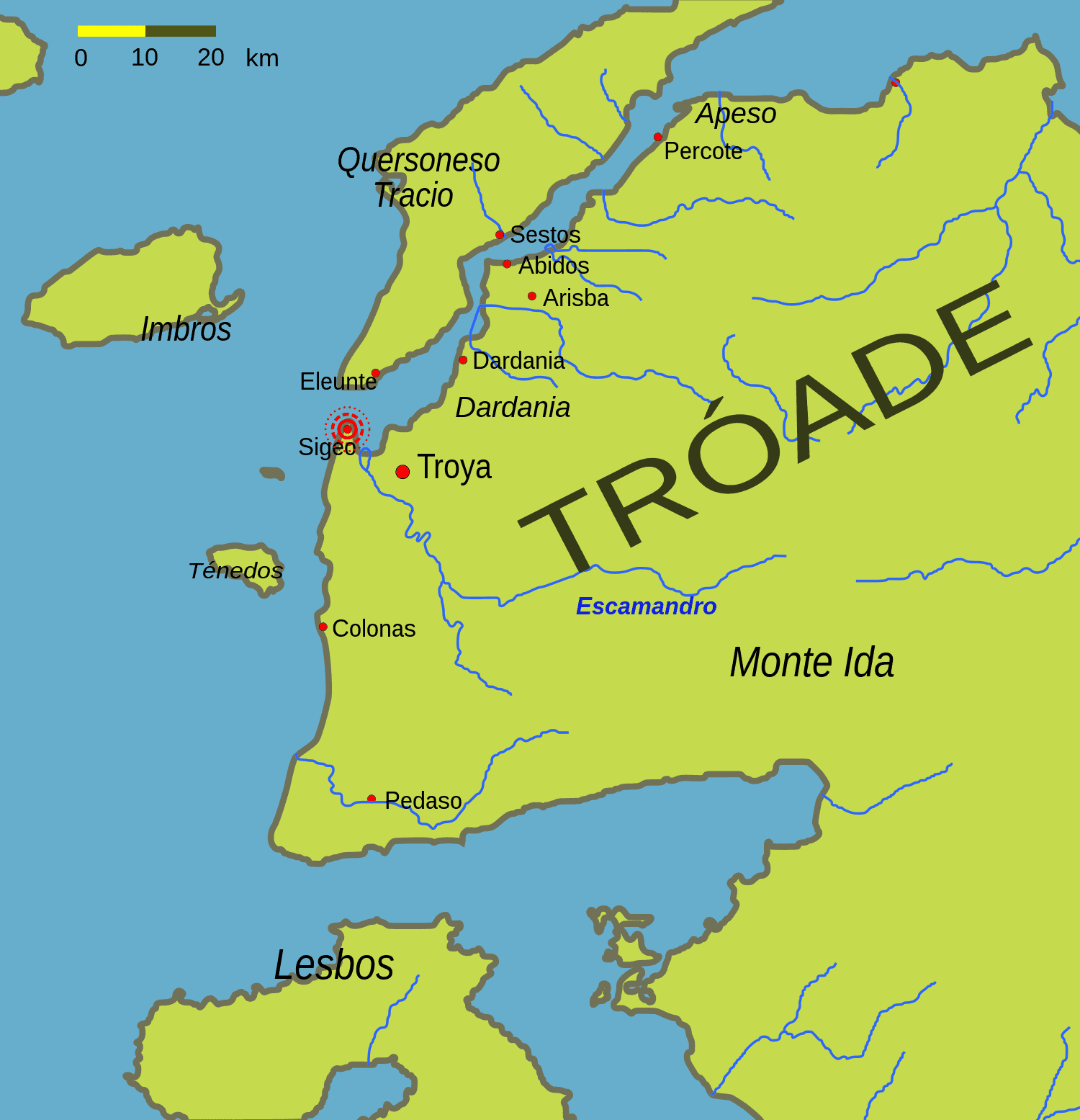 Sigeion[pronunciation?] (Ancient Greek: Σίγειον, Sigeion; Latin: Sigeum) was an ancient Greek city in the north-west of the Troad region of Anatolia located at the mouth of the Scamander (the modern Karamenderes River).[1] Sigeion commanded a ridge between the Aegean Sea and the Scamander which is now known as Yenişehir and is a part of the Çanakkale district in Çanakkale province, Turkey.[2] The surrounding region was referred to as the Sigean Promonotory, which was frequently used as a point of reference by ancient geographers since it marked the mouth of the Hellespont.[3] The outline of this promontory is no longer visible due to the alluvial activity of the Karamenderes which has filled in the embayment east of Yenişehir.[4] The name 'Sigeion' means 'silent place' and is derived from Ancient Greek σιγή (sigē), 'silence'; in Classical Antiquity, the name was assumed to be antiphrastic, i.e. indicating a characteristic of the place contrary to reality, since the seas in this region are known for their fierce storms.[5]

Ancient Greek city at the southern entrance of the Hellespont