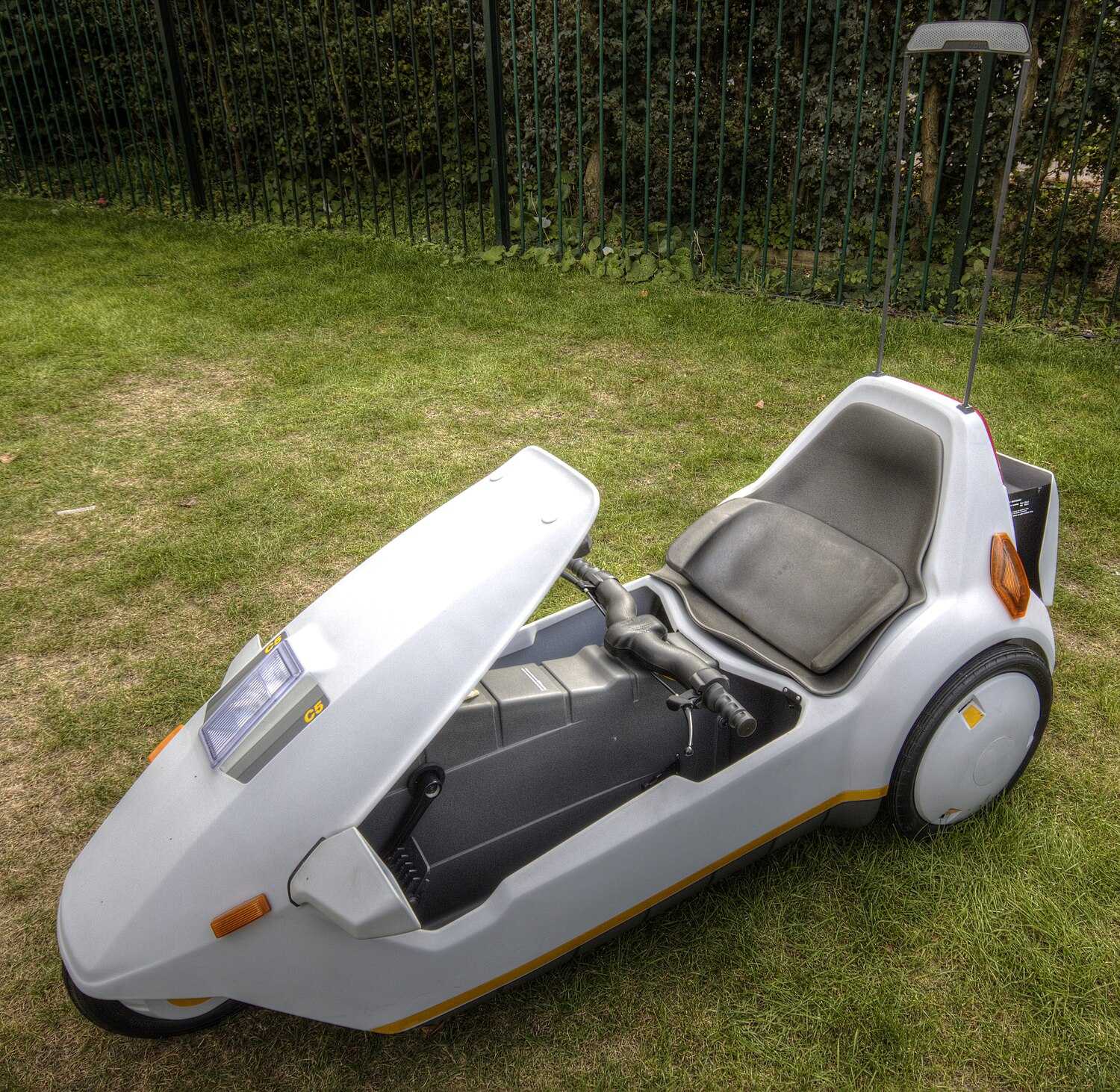 The Sinclair C5 is a small one-person battery electric recumbent tricycle, technically an "electrically assisted pedal cycle".[1] It was the culmination of Sir Clive Sinclair's long-running interest in electric vehicles. Although widely described as an "electric car", Sinclair characterised it as a "vehicle, not a car".[2]

Sinclair had become one of the UK's best-known millionaires, and earned a knighthood, on the back of the highly successful Sinclair Research range of home computers in the early 1980s. He hoped to repeat his success in the electric vehicle market, which he saw as ripe for a new approach. The C5 emerged from an earlier project to produce a small electric car called the C1. After a change in the law, prompted by lobbying from bicycle manufacturers, Sinclair developed the C5 as an electrically powered tricycle with a polypropylene body and a chassis designed by Lotus Cars. It was intended to be the first in a series of increasingly ambitious electric vehicles, but the development of the follow-up C10 and C15 models never progressed further than the drawing board.

On 10 January 1985, the C5 was unveiled at a glitzy launch event, but it received a less than enthusiastic reception from the British media. Its sales prospects were blighted by poor reviews and safety concerns expressed by consumer and motoring organisations. The vehicle's limitations – a short range, a maximum speed of only 15 miles per hour (24 km/h), a battery that ran down quickly and a lack of weatherproofing – made it impractical for most people's needs. It was marketed as an alternative to cars and bicycles, but ended up appealing to neither group of owners, and it was not available in shops until several months after its launch. Within three months of the launch, production had been slashed by 90%. Sales never picked up despite Sinclair's optimistic forecasts and production ceased entirely by August 1985. Out of 14,000 C5s made, only 5,000 were sold before its manufacturer, Sinclair Vehicles, went into receivership.

The C5 has been described as "one of the great marketing bombs of postwar British industry"[3] and a "notorious ... example of failure".[4] Despite its commercial failure, the C5 went on to become a cult item for collectors. Thousands of unsold C5s were purchased by investors and sold for hugely inflated prices, as much as £6,000 compared to the original retail value of £399. Enthusiasts have established owners' clubs and some have modified their vehicles substantially, adding bigger wheels, jet engines, and high-powered electric motors to propel their C5s at speeds of up to 150 miles per hour (240 km/h).