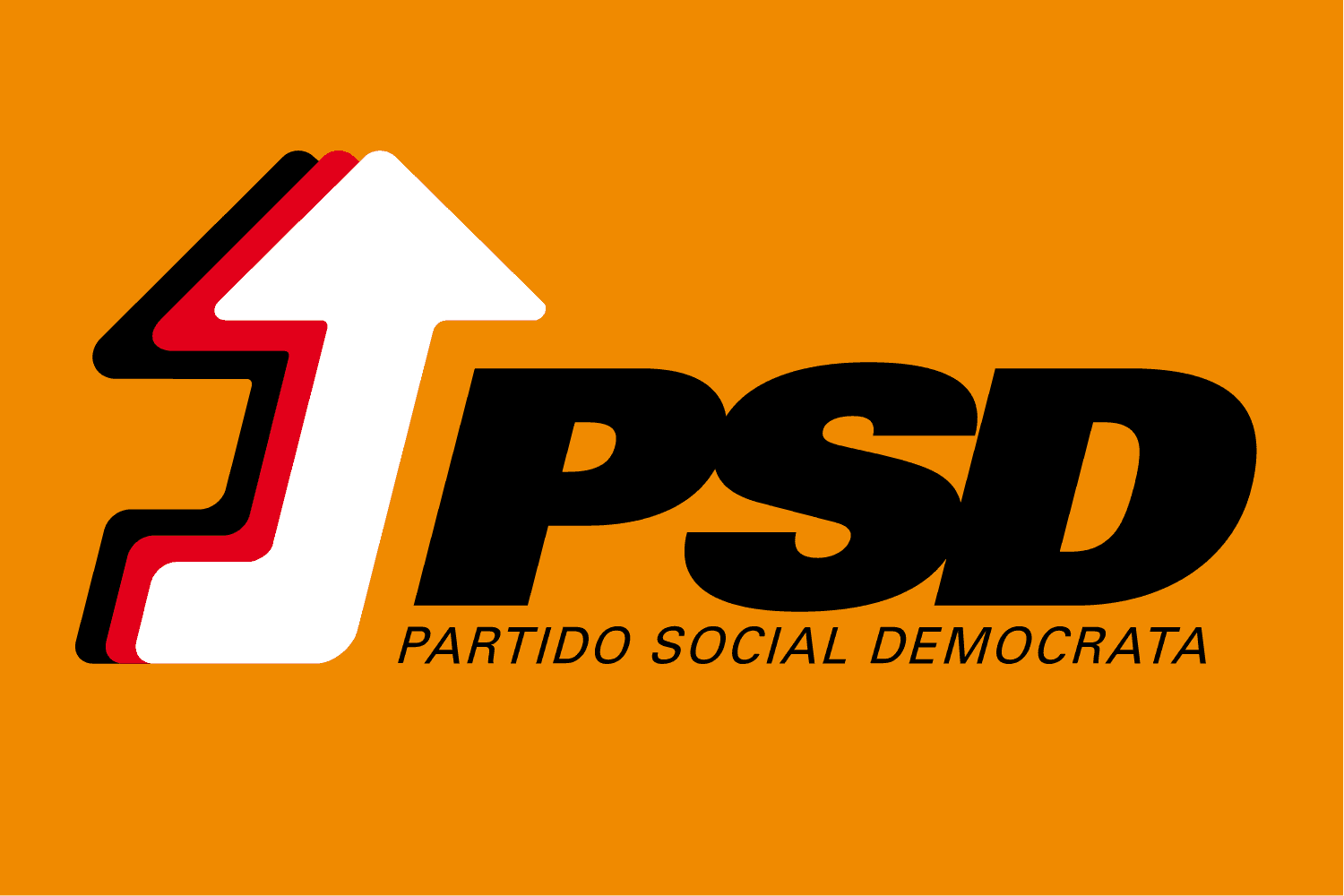 The Social Democratic Party (Portuguese: Partido Social Democrata, pronounced [pɐɾˈtiðu susiˈaɫ dɨmuˈkɾatɐ]; PSD) is a liberal-conservative[4][5][6] political party in Portugal. Commonly known by its colloquial initials PSD, on ballot papers its initials appear as its official form PPD/PSD, with the first three letters coming from the party's original name, the Democratic People's Party (Partido Popular Democrático, PPD). A party of the centre-right,[7][8][9] the PSD is one of the two major parties in Portuguese politics, its rival being the Socialist Party (PS) on the centre-left.

The PSD was founded in 1974, two weeks after the Carnation Revolution and in 1976 adopted its current name. In 1979, the PSD allied with centre-right parties to form the Democratic Alliance and won that year's election. After the 1983 general election, the party formed a grand coalition with the Socialist Party, known as the Central Bloc, before winning the 1985 general election under new leader Aníbal Cavaco Silva, who shifted the party to the right. Cavaco Silva served as Prime Minister for ten years, instituting major economic liberalisation and winning two landslide victories. After he stepped down, the PSD lost the 1995 election. The party was returned to power under José Manuel Durão Barroso in 2002, but was defeated in the 2005 election. The party was able to return to power after the 2011 elections and four years later was able to win a plurality in the 2015 legislative election, winning 107 seats in the Assembly of the Republic in alliance with the CDS – People's Party, but being unable to form a minority government. The current leader, Luís Montenegro was elected on 28 May 2022.

Originally a social-democratic party, the PSD became the main centre-right, conservative party in Portugal.[7] The PSD is a member of the European People's Party and the Centrist Democrat International. Until 1996, the PSD belonged to the European Liberal Democrat and Reform Party and Liberal International.[7] The party publishes the weekly Povo Livre (Free People) newspaper.