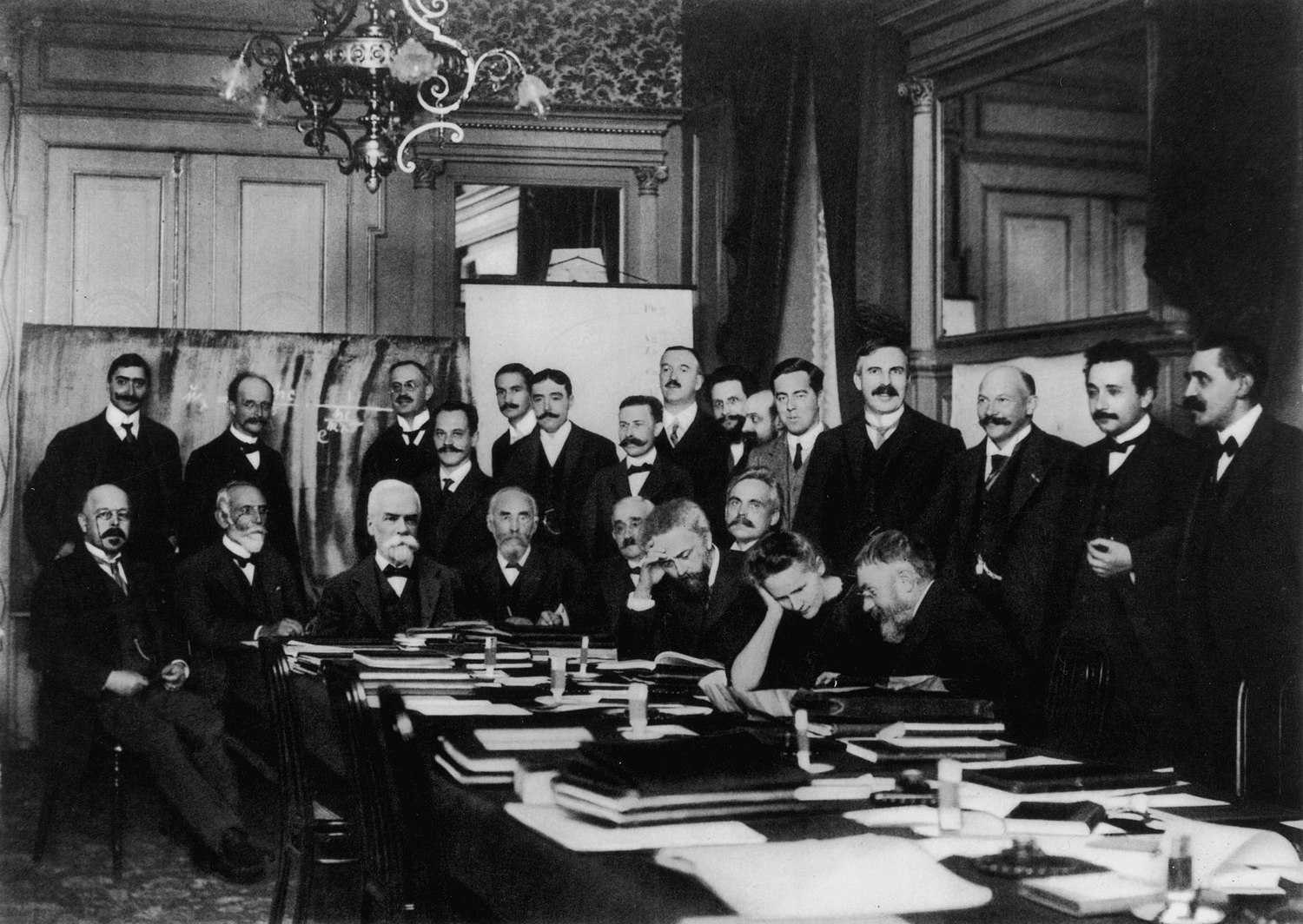 The Solvay Conferences (French: Conseils Solvay) have been devoted to outstanding preeminent open problems in both physics and chemistry. They began with the historic invitation-only 1911 Solvay Conference on Physics, considered a turning point in the world of physics, and continue to the present day.[1]