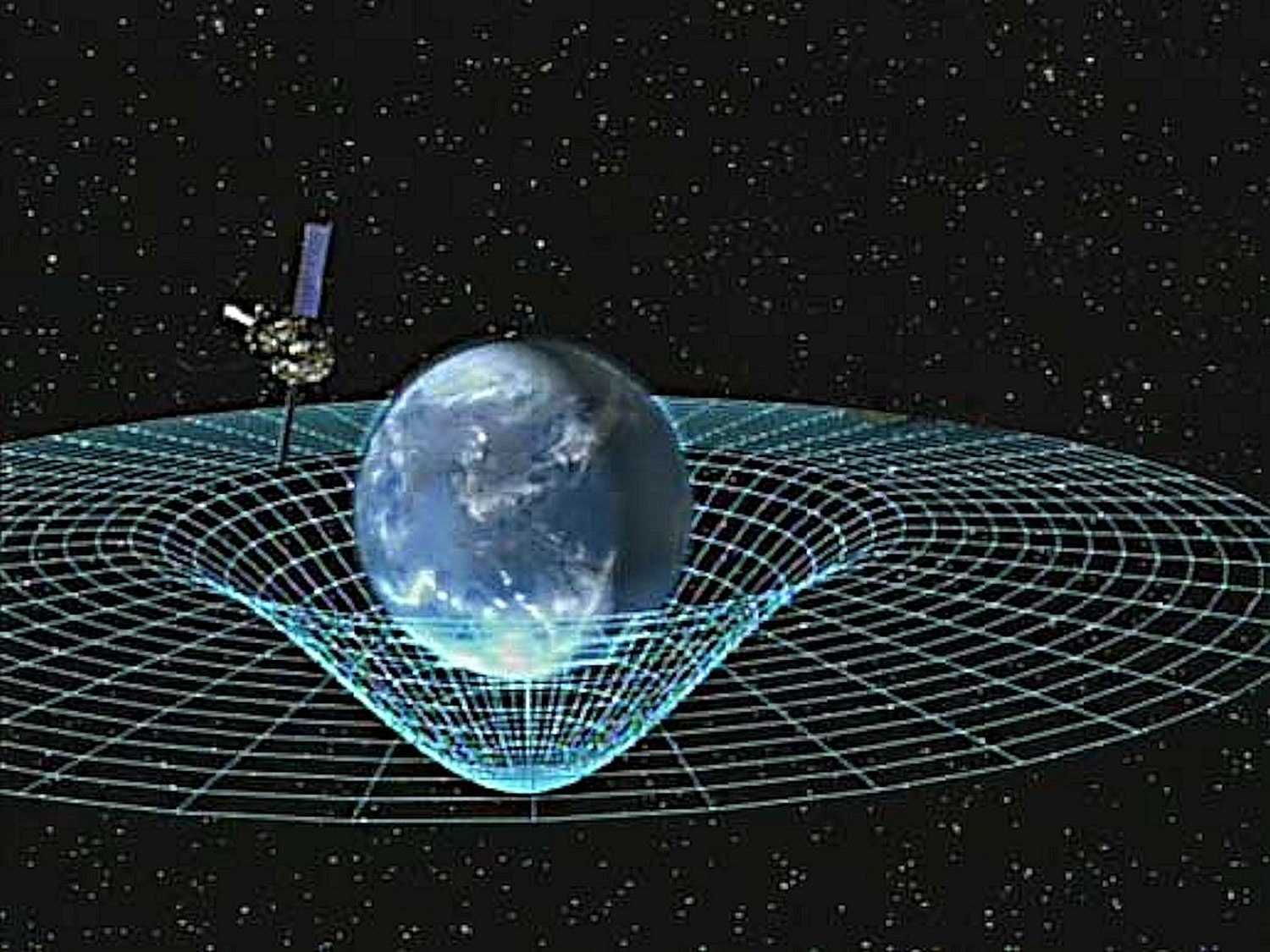 In physics, spacetime is a mathematical model that combines the three dimensions of space and one dimension of time into a single four-dimensional manifold. Spacetime diagrams can be used to visualize relativistic effects, such as why different observers perceive differently where and when events occur.

Until the 20th century, it was assumed that the three-dimensional geometry of the universe (its spatial expression in terms of coordinates, distances, and directions) was independent of one-dimensional time. The physicist Albert Einstein helped develop the idea of spacetime as part of his theory of relativity. Prior to his pioneering work, scientists had two separate theories to explain physical phenomena: Isaac Newton's laws of physics described the motion of massive objects, while James Clerk Maxwell's electromagnetic models explained the properties of light. However, in 1905, Einstein based a work on special relativity on two postulates:

The logical consequence of taking these postulates together is the inseparable joining of the four dimensions—hitherto assumed as independent—of space and time. Many counterintuitive consequences emerge: in addition to being independent of the motion of the light source, the speed of light is constant regardless of the frame of reference in which it is measured; the distances and even temporal ordering of pairs of events change when measured in different inertial frames of reference (this is the relativity of simultaneity); and the linear additivity of velocities no longer holds true.

Einstein framed his theory in terms of kinematics (the study of moving bodies). His theory was an advance over Lorentz's 1904 theory of electromagnetic phenomena and Poincaré's electrodynamic theory. Although these theories included equations identical to those that Einstein introduced (e.g., the Lorentz transformation), they were essentially ad hoc models proposed to explain the results of various experiments—including the famous Michelson–Morley interferometer experiment—that were extremely difficult to fit into existing paradigms.

In 1908, Hermann Minkowski—once one of the math professors of a young Einstein in Zürich—presented a geometric interpretation of special relativity that fused time and the three spatial dimensions of space into a single four-dimensional continuum now known as Minkowski space. A key feature of this interpretation is the formal definition of the spacetime interval. Although measurements of distance and time between events differ for measurements made in different reference frames, the spacetime interval is independent of the inertial frame of reference in which they are recorded.[1]

Minkowski's geometric interpretation of relativity was to prove vital to Einstein's development of his 1915 general theory of relativity, wherein he showed how mass and energy curve flat spacetime into a pseudo-Riemannian manifold.