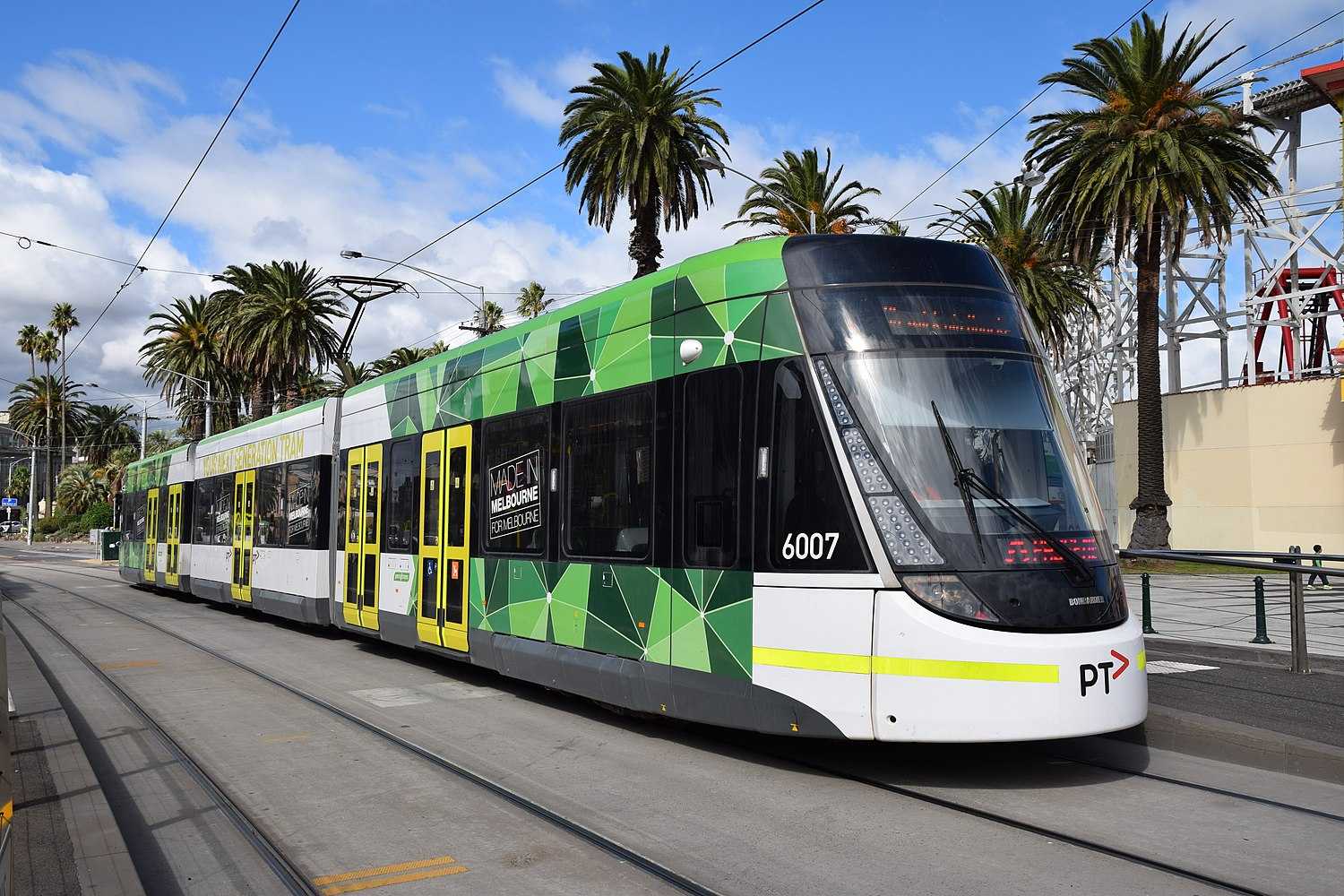 A tram (called a streetcar or trolley in North America) is a rail vehicle that travels on tramway tracks on public urban streets; some include segments on segregated right-of-way.[1][2][3] The tramlines or networks operated as public transport are called tramways or simply trams/streetcars. Many recently built tramways use the contemporary term light rail. The vehicles are called streetcars or trolleys (not to be confused with trolleybus) in North America and trams or tramcars elsewhere. The first two terms are often used interchangeably in the United States, with trolley being the preferred term in the eastern US and streetcar in the western US. Streetcar or tramway are preferred in Canada. In parts of the United States, internally powered buses made to resemble a streetcar are often referred to as "trolleys". To avoid further confusion with trolley buses, the American Public Transportation Association (APTA) refers to them as "trolley-replica buses". In the United States, the term tram has sometimes been used for rubber-tired trackless trains, which are unrelated to other kinds of trams.

Tram vehicles are usually lighter and shorter than main line and rapid transit trains. Today, most trams use electrical power, usually fed by a pantograph sliding on an overhead line; older systems may use a trolley pole or a bow collector. In some cases, a contact shoe on a third rail is used. If necessary, they may have dual power systems—electricity in city streets and diesel in more rural environments. Occasionally, trams also carry freight. Trams are now commonly included in the wider term "light rail",[4] which also includes grade-separated systems. Some trams, known as tram-trains, may have segments that run on mainline railway tracks, similar to interurban systems. The differences between these modes of rail transport are often indistinct and a given system may combine multiple features.

One of the advantages over earlier forms of transit was the low rolling resistance of metal wheels on steel rails, allowing the trams to haul a greater load for a given effort. Another factor which contributed to the rise of trams was the high total cost of ownership of horses. Electric trams largely replaced animal power in the late 19th and early 20th centuries. Improvements in other vehicles such as buses led to decline of trams in the mid 20th century. However, trams have seen resurgence in recent years. In 2014, the Aubagne tramway in Southern France became the first tram system in the world not to charge fares.[14]