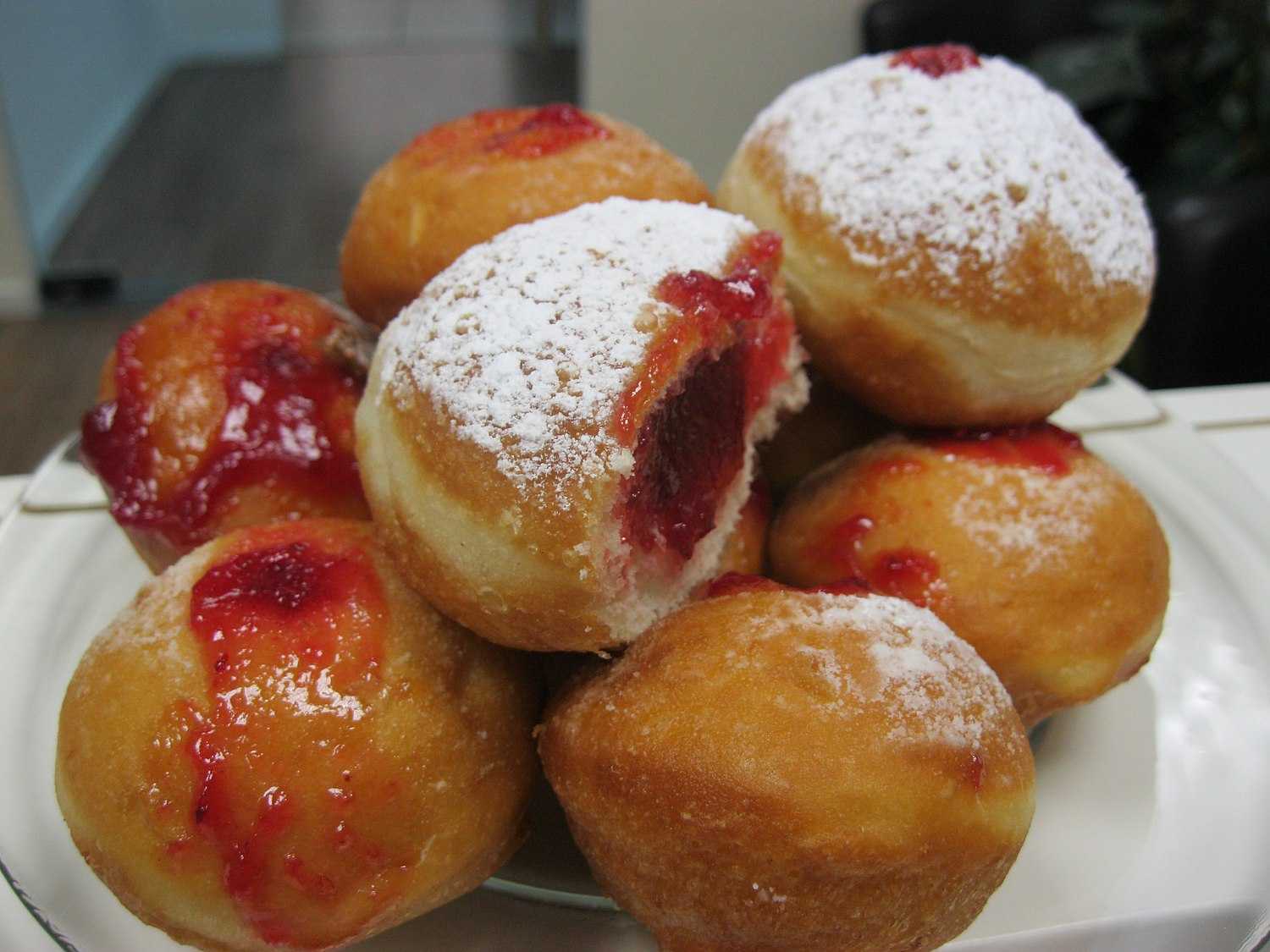 Sufganiyah (Hebrew: סופגנייה or סופגניה [ˌsufɡaniˈja]; plural: sufganiyot, Hebrew: סופגניות [ˌsufɡaniˈjot]) is a round jelly doughnut eaten in Israel and around the world on the Jewish festival of Hanukkah. The doughnut is deep-fried, injected with jam or custard, and then topped with powdered sugar. The doughnut recipe originated in Europe in the 16th century, and by the 19th century was known as a Berliner in Germany. Polish Jews, who called it a ponchik, fried the doughnut in schmaltz rather than lard due to kashrut laws. The ponchik was brought to Israel by Polish Jewish immigrants, where it was renamed the sufganiyah based on the Talmud's description of a "spongy dough".

Round jelly-filled doughnut served at Hanukkah