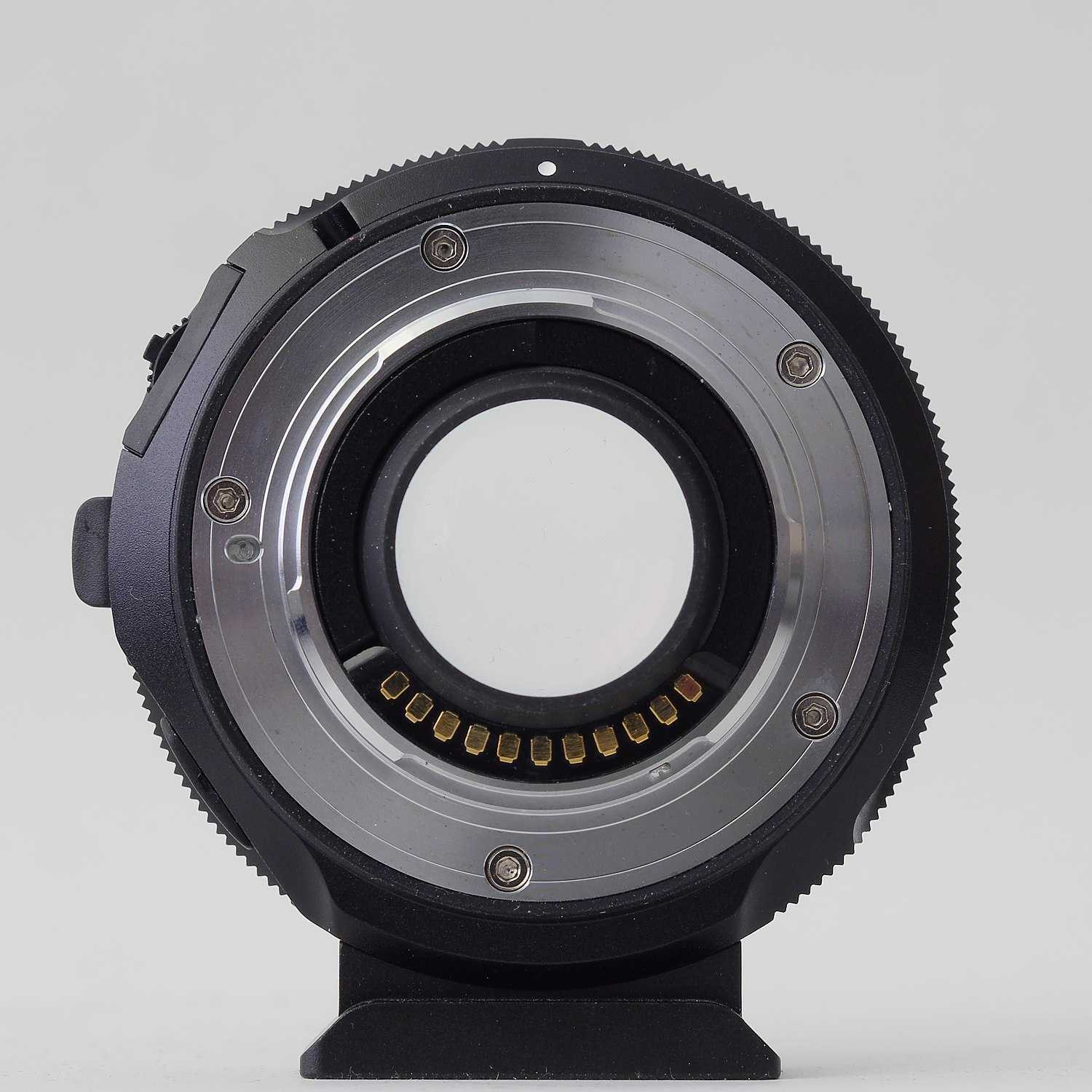 A telecompressor or focal reducer is an optical element used to reduce focal length, increase lens speed, and in some instances improve optical transfer function (OTF) performance. It is also widely known under the name “Speed Booster”, which is the commercial name of a line of telecompressors by the manufacturer Metabones. Popular applications include photography, videography, and astrophotography. In astrophotography, these qualities are most desirable when taking pictures of nearby large objects, such as nebulae. The effects and uses of the telecompressor are largely opposite to those of the teleconverter or Barlow lens. A combined system of a lens and a focal reducer has smaller back focus than the lens alone; this places restrictions on lenses and cameras that focal reducer might be used with.