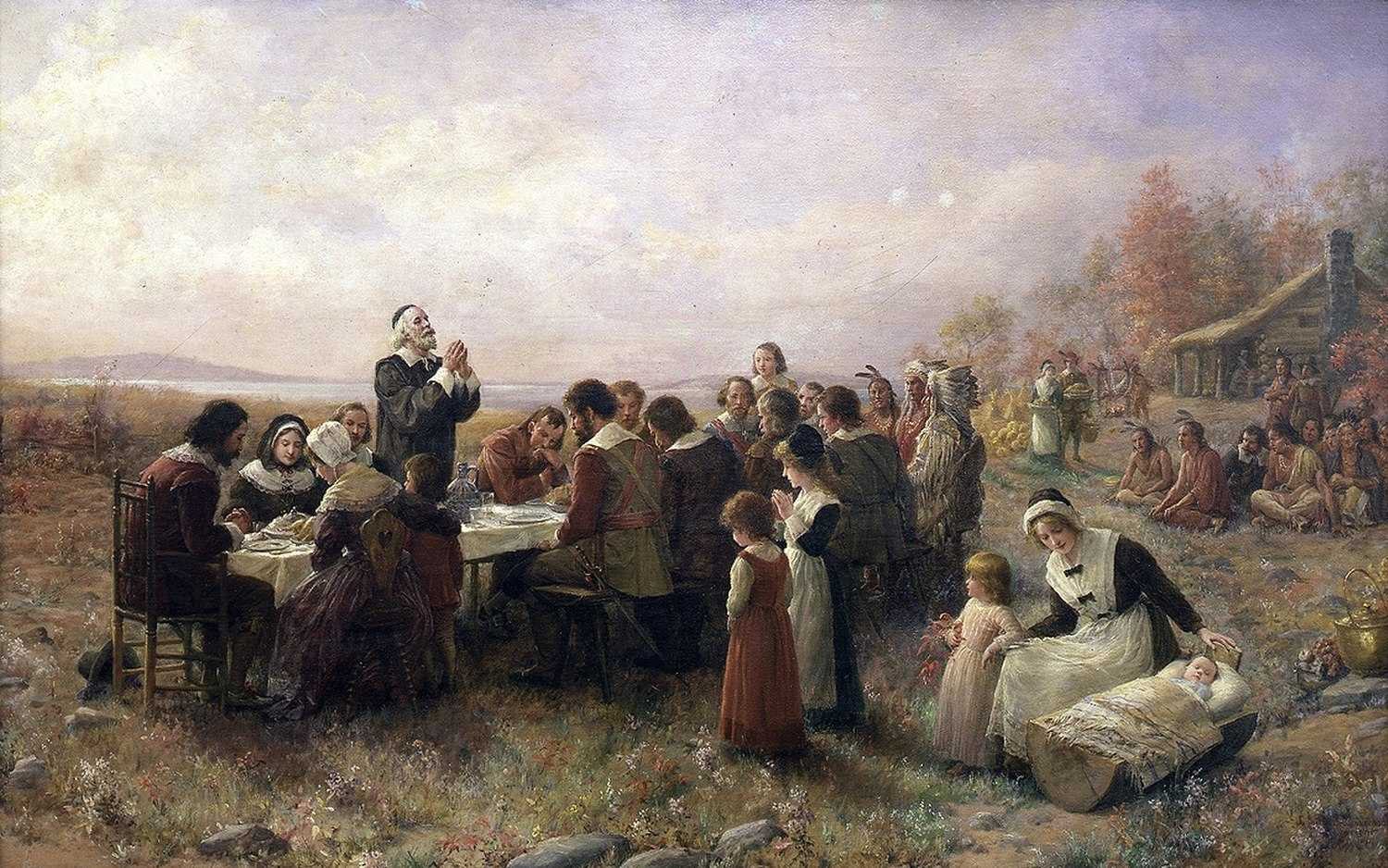 Thanksgiving is a federal holiday in the United States celebrated on the fourth Thursday of November.[2] It is sometimes called American Thanksgiving (outside the United States) to distinguish it from the Canadian holiday of the same name and related celebrations in other regions. It originated as a day of thanksgiving and harvest festival, with the theme of the holiday revolving around giving thanks and the centerpiece of Thanksgiving celebrations remaining a Thanksgiving dinner.[3] The dinner traditionally consists of foods and dishes indigenous to the Americas, namely turkey, potatoes (usually mashed or sweet), stuffing, squash, corn (maize), green beans, cranberries (typically in sauce form), and pumpkin pie. Other Thanksgiving customs include charitable organizations offering Thanksgiving dinner for the poor, attending religious services, and watching television events such as Macy's Thanksgiving Day Parade and NFL football games.[1] Thanksgiving is regarded as the beginning of the Christmas and holiday season, with the day following it, Black Friday, being the busiest shopping day of the year in the United States.

New England and Virginia colonists originally celebrated days of fasting, as well as days of thanksgiving, thanking God for blessings such as harvests, ship landings, military victories, or the end of a drought.[4] These were observed through church services, accompanied with feasts and other communal gatherings.[3] The event that Americans commonly call the "First Thanksgiving" was celebrated by the Pilgrims after their first harvest in the New World in October 1621.[5] This feast lasted three days and was attended by 90 Wampanoag Native American people[6] and 53 Pilgrims (survivors of the Mayflower).[7] Less widely known is an earlier Thanksgiving celebration in Virginia in 1619 by English settlers who had just landed at Berkeley Hundred aboard the ship Margaret.[8]

Thanksgiving has been celebrated nationally on and off since 1789, with a proclamation by President George Washington after a request by Congress.[9] President Thomas Jefferson chose not to observe the holiday, and its celebration was intermittent until President Abraham Lincoln, in 1863, proclaimed a national day of "Thanksgiving and Praise to our beneficent Father who dwelleth in the Heavens", calling on the American people to also, "with humble penitence for our national perverseness and disobedience .. fervently implore the interposition of the Almighty hand to heal the wounds of the nation...". Lincoln declared it for the last Thursday in November.[10][11] On June 28, 1870, President Ulysses S. Grant signed into law the Holidays Act that made Thanksgiving a yearly appointed federal holiday in Washington D.C.[12][13][14] On January 6, 1885, an act by Congress made Thanksgiving, and other federal holidays, a paid holiday for all federal workers throughout the United States.[15] Under President Franklin D. Roosevelt, the date was moved to one week earlier, observed between 1939 and 1941 amid significant controversy. From 1942 onwards, Thanksgiving, by an act of Congress received a permanent observation date, the fourth Thursday in November, no longer at the discretion of the President.[16][17]