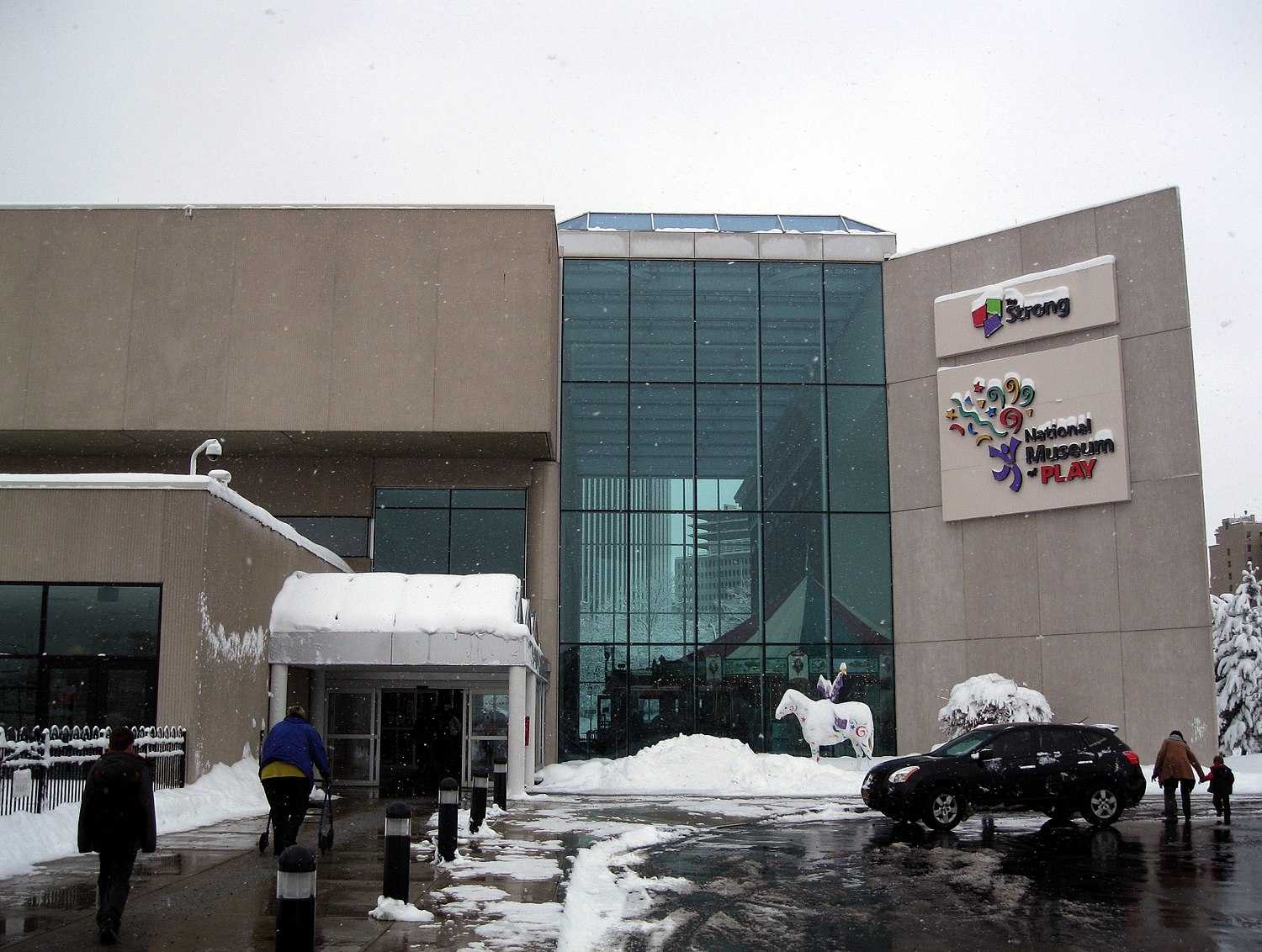 The Strong National Museum of Play (known as just The Strong Museum or simply the Strong) is part of The Strong in Rochester, New York, United States. Established in 1969 and based initially on the personal collection of Rochester native Margaret Woodbury Strong, the museum opened to the public in 1982, after several years of planning, cataloguing, and exhibition development for the museum's new building in downtown Rochester. For at least fifteen years after its opened, the mission of the museum was to interpret the social and cultural history of average Americans between 1830 and 1940, under the direction of H.J. Swinney and William T. Alderson. Mrs. Strong's collections of dolls and toys, American and European decorative arts, prints, paintings, Japanese crafts, and advertising ephemera provided a firm foundation for this mission, and were supplemented with collections purchased and donated to more fully support the museum's early mission. The museum received considerable local and national publicity and support and substantial financial support from the National Endowment for the Humanities' Exhibitions and Public Programs division.[1]

Part of The Strong in Rochester, New York, US

In the 1990s, the museum's Board of Trustees and director changed the museum's mission to collecting, preserving, and interpreting the history of play. Since then it has refined and increased its collections (hundreds of thousands of items), and expanded twice, in 1997 and 2006.[2][3]

The museum is now one of five Play Partners of The Strong, which is also home to the National Toy Hall of Fame, the International Center for the History of Electronic Games, and the Brian Sutton-Smith Library and Archives of Play, and produces the American Journal of Play.