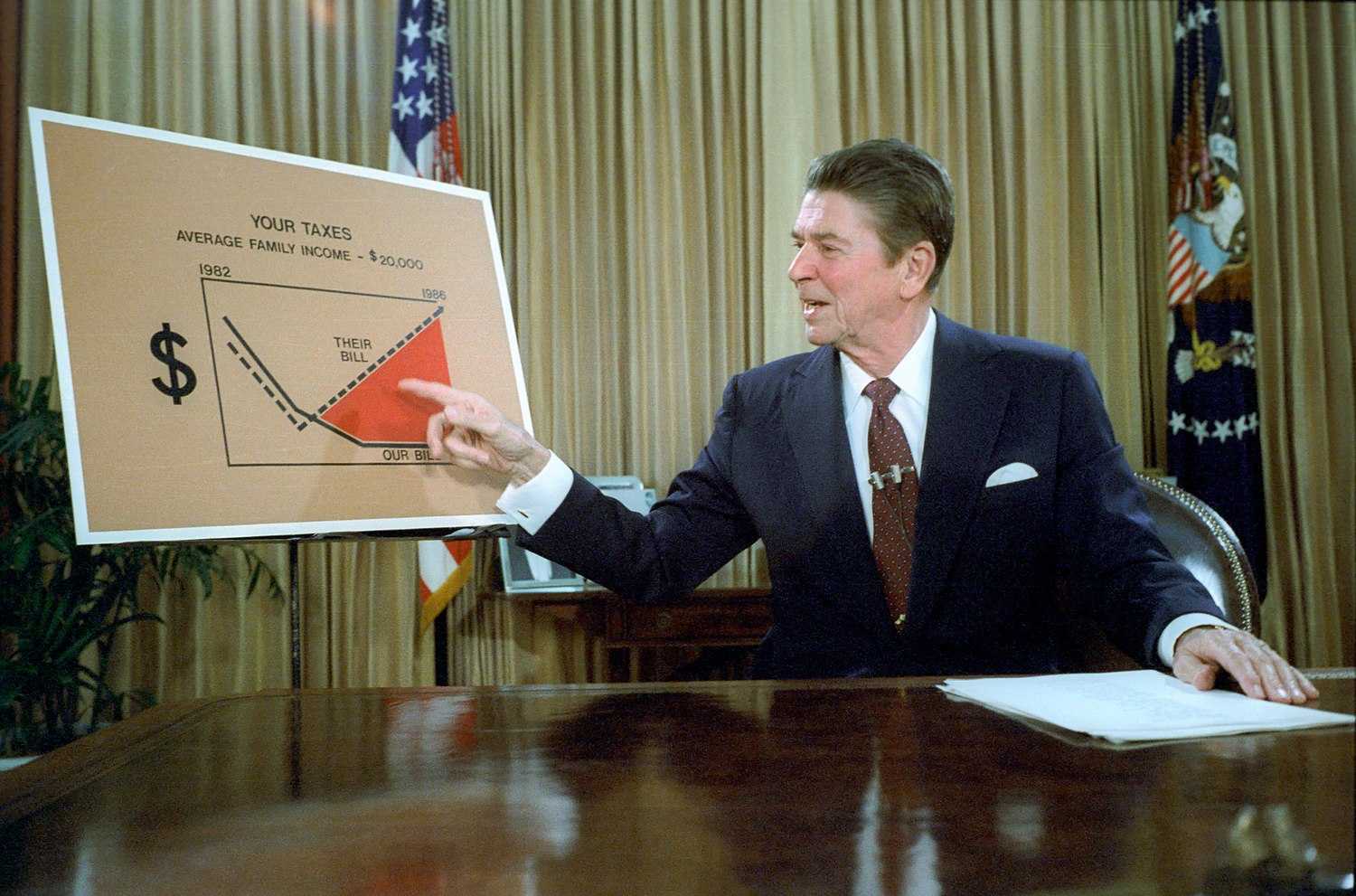 Trickle-down economics is a term used in critical references to economic policies that favor the upper income brackets, corporations, and individuals with substantial wealth or capital.[1] In recent history, the term has been used by critics of supply-side economics. Whereas general supply-side theory favors lowering taxes overall, trickle-down theory more specifically advocates for a lower tax burden on the upper end of the economic spectrum.[2][3]

Major examples of US Republicans supporting what critics call "trickle-down economics" include the Reagan tax cuts, the Bush tax cuts and the Tax Cuts and Jobs Act of 2017.[4] In each of the aforementioned tax reforms, taxes were cut across all income brackets, but the biggest reductions were given to the highest income earners,[5] although the Reagan Era tax reforms also introduced the earned income tax credit which has received bipartisan praise for poverty reduction and is largely why the bottom half of workers pay no federal income tax.[6] Similarly, the Tax Cuts and Jobs Act of 2017 cut taxes across all income brackets, but especially favored the wealthy.[7]

The term "trickle-down" originated as a joke by humorist Will Rogers and today is often used to criticize economic policies that favor the wealthy or privileged while being framed as good for the average citizen.[8] David Stockman, Ronald Reagan's former budget director, championed Reagan's tax cuts at first, but later became critical of them and told journalist William Greider that "supply-side economics" is the trickle-down idea:[9][10]

It's kind of hard to sell 'trickle down,' so the supply-side formula was the only way to get a tax policy that was really 'trickle down.' Supply-side is 'trickle-down' theory.

Political opponents of the Reagan administration soon seized on this language in an effort to brand the administration as caring only about the wealthy.[11] Some studies suggest a link between trickle-down economics and reduced growth, and some newspapers concluded that trickle-down economics does not promote jobs or growth, and that "policy makers shouldn't worry that raising taxes on the rich ... will harm their economies".[12][13][14]