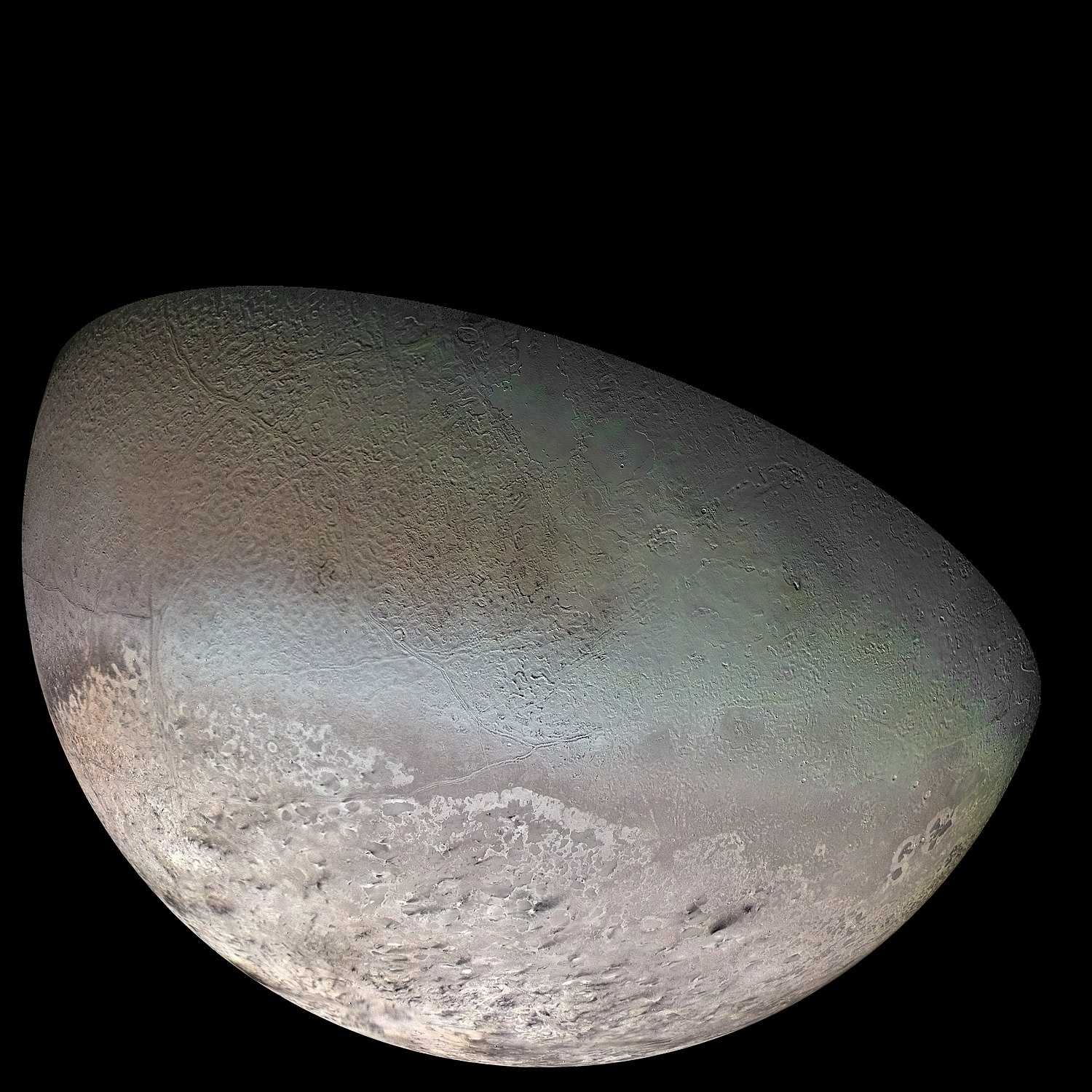 Triton is the largest natural satellite of the planet Neptune, and was the first Neptunian moon to be discovered, on October 10, 1846, by English astronomer William Lassell. It is the only large moon in the Solar System with a retrograde orbit, an orbit in the direction opposite to its planet's rotation.[3][12] Because of its retrograde orbit and composition similar to Pluto, Triton is thought to have been a dwarf planet, captured from the Kuiper belt.[13]

At 2,710 kilometers (1,680 mi)[6] in diameter, it is the seventh-largest moon in the Solar System, the only satellite of Neptune massive enough to be in hydrostatic equilibrium, the second-largest planetary moon in relation to its primary (after Earth's Moon), and larger than Pluto. Triton is one of the few moons in the Solar System known to be geologically active (the others being Jupiter's Io and Europa, and Saturn's Enceladus and Titan). As a consequence, its surface is relatively young, with few obvious impact craters. Intricate cryovolcanic and tectonic terrains suggest a complex geological history. Triton has a surface of mostly frozen nitrogen, a mostly water-ice crust,[14] an icy mantle and a substantial core of rock and metal. The core makes up two thirds of its total mass. The mean density is 2.061 g/cm3,[6] reflecting a composition of approximately 15–35% water ice.[7]

During its 1989 flyby of Triton, Voyager 2 found surface temperatures of 38 K (−235 °C), and also discovered active geysers erupting sublimated nitrogen gas, contributing to a tenuous nitrogen atmosphere less than 1⁄70,000 the pressure of Earth's atmosphere at sea level.[7] Voyager 2 remains the only spacecraft to have visited Triton.[15] As the probe was only able to study about 40% of the moon's surface, future missions have been proposed to revisit the Neptune system with a focus on Triton.