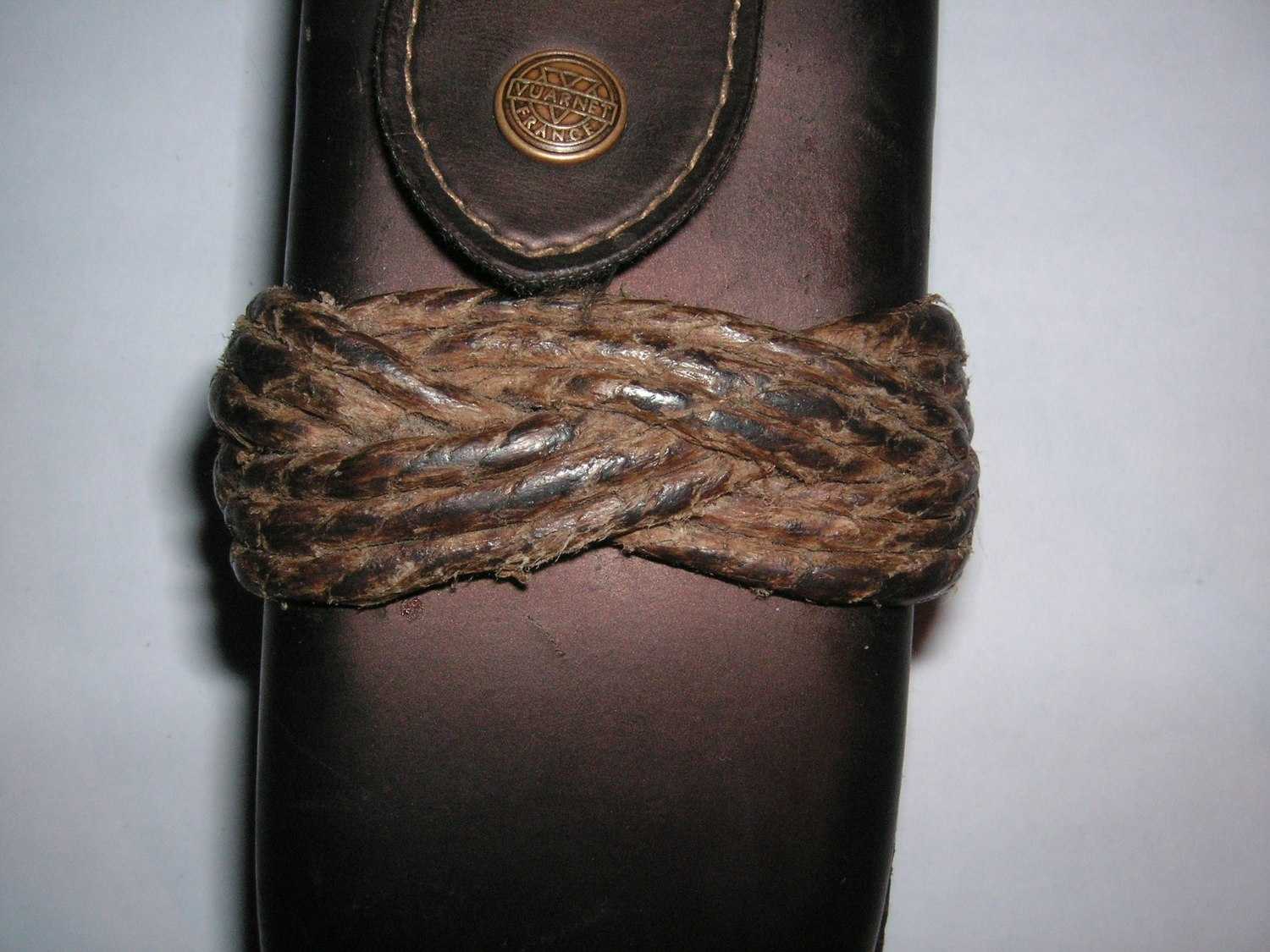 A Turk's head knot, sometimes known as a sailor's knot, is a decorative knot with a variable number of interwoven strands forming a closed loop. The name refers to a general family of knots, not an individual knot. While this knot is typically made around a cylinder, it can also be formed into a flat, mat-like shape. Some variants can be arranged into a roughly spherical shape, akin to a monkey's fist knot.[1]

This knot is primarily used for tightening up underlying material to overlay as a tubular covering knot, prevent slipping, and add a decorative element. A notable practical use for the Turk's head is to mark the "king spoke" of a ship's wheel (the spoke that is upright when the rudder is in a central position). The knot takes its name from its resemblance to a turban (Turkish: sarık), though a turban is wound rather than interwoven.