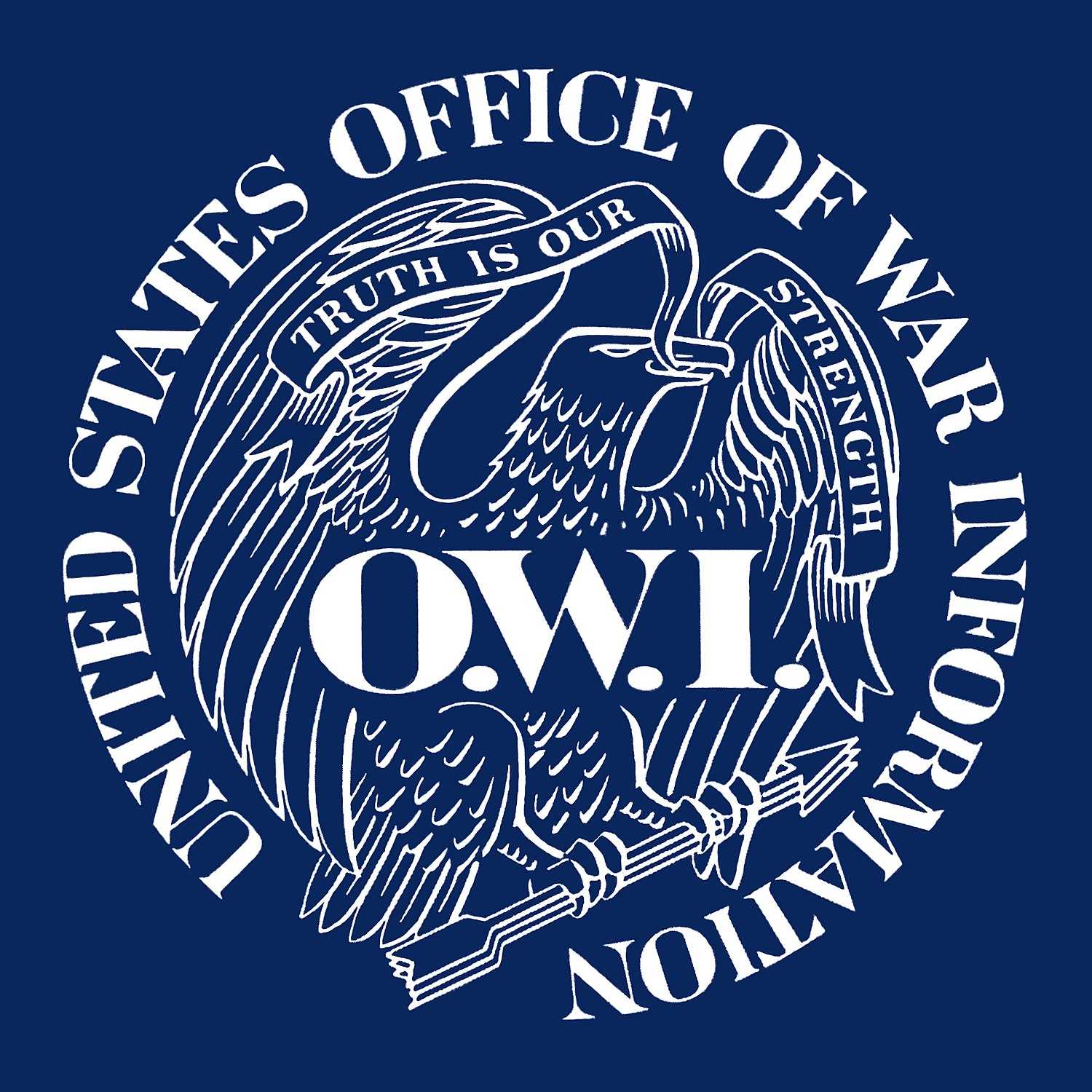 The United States Office of War Information (OWI) was a United States government agency created during World War II. The OWI operated from June 1942 until September 1945. Through radio broadcasts, newspapers, posters, photographs, films and other forms of media, the OWI was the connection between the battlefront and civilian communities. The office also established several overseas branches, which launched a large-scale information and propaganda campaign abroad. From 1942 to 1945, the OWI revised or discarded any film scripts reviewed by them that portrayed the United States in a negative light, including anti-war material.