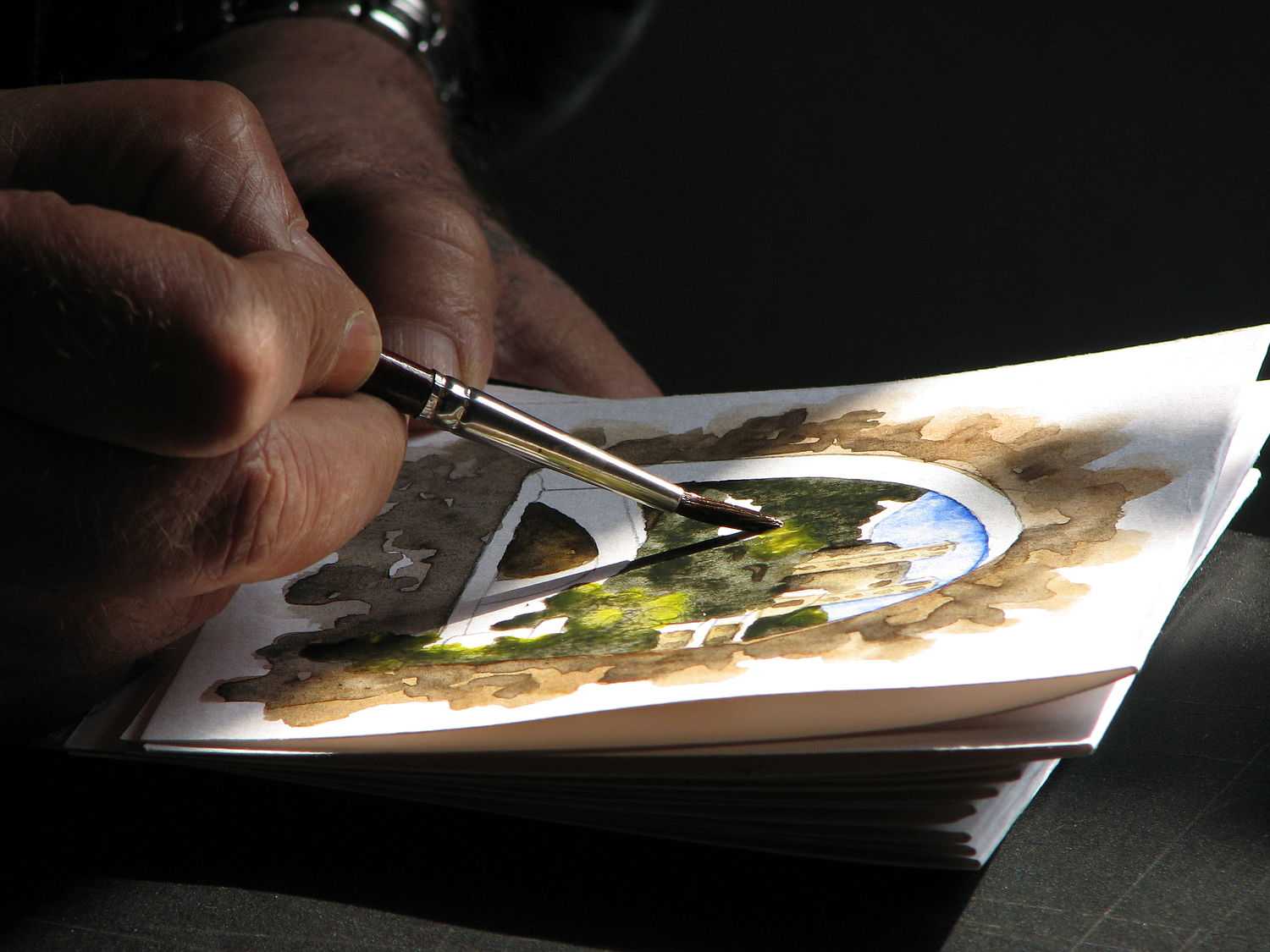 Watercolor (American English) or watercolour (British English; see spelling differences), also aquarelle (French: [akwaʁɛl]; from Italian diminutive of Latin aqua "water"),[1] is a painting method[2] in which the paints are made of pigments suspended in a water-based[3] solution. Watercolor refers to both the medium and the resulting artwork. Aquarelles painted with water-soluble colored ink instead of modern water colors are called aquarellum atramento (Latin for "aquarelle made with ink") by experts. However, this term has now tended to pass out of use.[4][5]

The conventional and most common support — material to which the paint is applied—for watercolor paintings is watercolor paper. Other supports or substrates include stone, ivory, silk, reed, papyrus, bark papers, plastics, vellum, leather, fabric, wood, and watercolor canvas (coated with a gesso that is specially formulated for use with watercolors). Watercolor paper is often made entirely or partially with cotton.[6][7] This gives the surface the appropriate texture and minimizes distortion when wet.[8] Watercolor papers are usually cold-pressed papers that provide better texture and appearance with a weight at least 300 gsm. Under 300 gsm is commonly not recommended for anything but sketching.[9][10] Transparency is the main characteristic of watercolors.[11] Watercolors can also be made opaque by adding Chinese white. This is not a method to be used in true watercolor. [12]

Many Western artists, especially in the early 19th century, used watercolor primarily as a sketching tool in preparation for the "finished" work in oil or engraving.[15] Until the end of the eighteenth century, traditional watercolors were known as ‘tinted drawings’.[16]