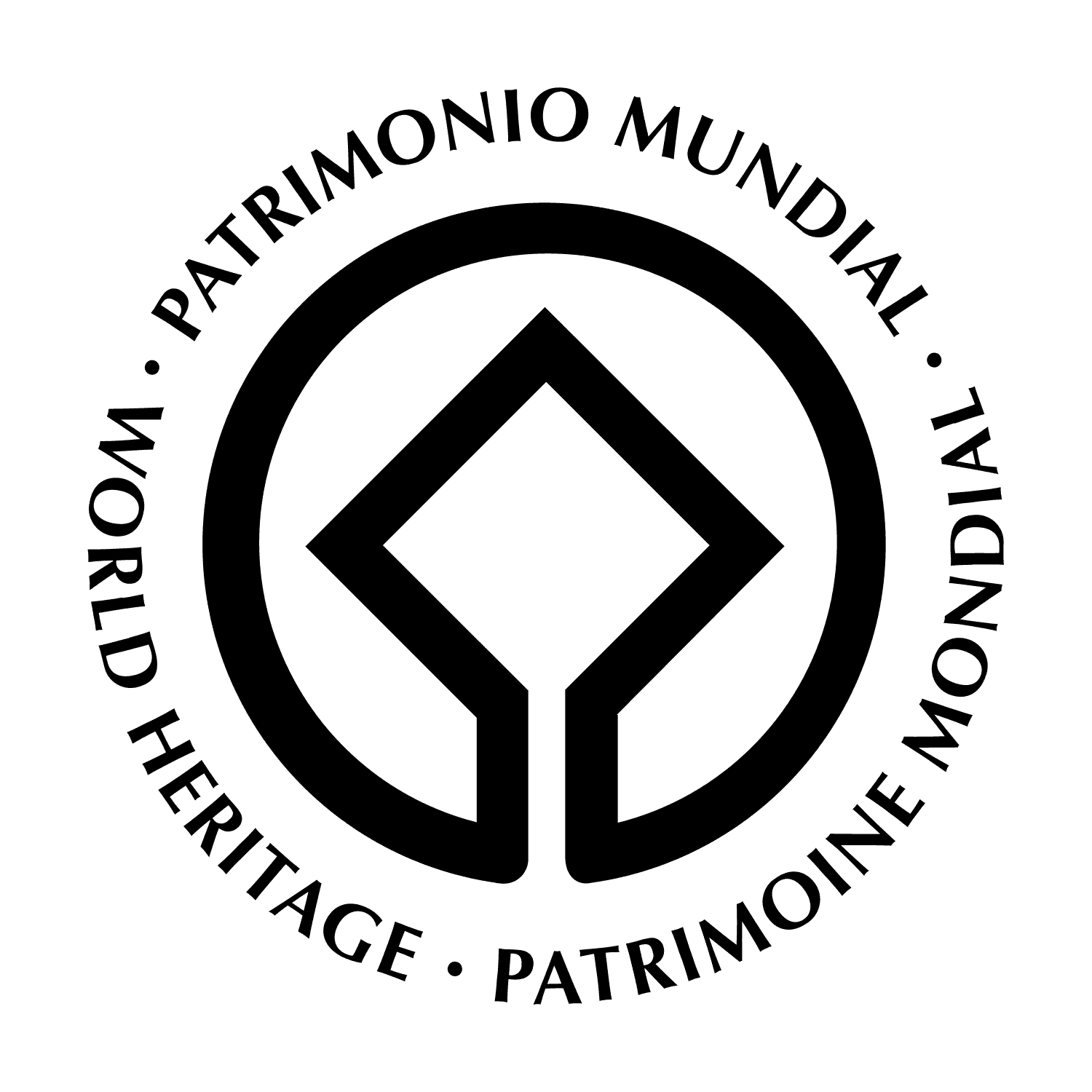 A World Heritage Site is a landmark or area with legal protection by an international convention administered by the United Nations Educational, Scientific and Cultural Organization (UNESCO). World Heritage Sites are designated by UNESCO for having cultural, historical, scientific or other form of significance. The sites are judged to contain "cultural and natural heritage around the world considered to be of outstanding value to humanity".[2]

Place of significance listed by UNESCO

To be selected, a World Heritage Site must be a somehow unique landmark which is geographically and historically identifiable and has special cultural or physical significance. For example, World Heritage Sites might be ancient ruins or historical structures, buildings, cities,[lower-alpha 1] deserts, forests, islands, lakes, monuments, mountains, or wilderness areas.[5][6] A World Heritage Site may signify a remarkable accomplishment of humanity, and serve as evidence of our intellectual history on the planet, or it might be a place of great natural beauty.[7] As of August 2022, a total of 1,154 World Heritage Sites (897 cultural, 218 natural, and 39 mixed properties) exist across 167 countries. With 58 selected areas, Italy is the country with the most sites on the list.[8]

The sites are intended for practical conservation for posterity, which otherwise would be subject to risk from human or animal trespassing, unmonitored, uncontrolled or unrestricted access, or threat from local administrative negligence. Sites are demarcated by UNESCO as protected zones.[2] The World Heritage Sites list is maintained by the international World Heritage Program administered by the UNESCO World Heritage Committee, composed of 21 "states parties" that are elected by their General Assembly.[9] The programme catalogues, names, and conserves sites of outstanding cultural or natural importance to the common culture and heritage of humanity. The programme began with the "Convention Concerning the Protection of the World's Cultural and Natural Heritage",[10] which was adopted by the General Conference of UNESCO on 16 November 1972. Since then, 194 states have ratified the convention,[11] making it one of the most widely recognised international agreements and the world's most popular cultural programme.[12]