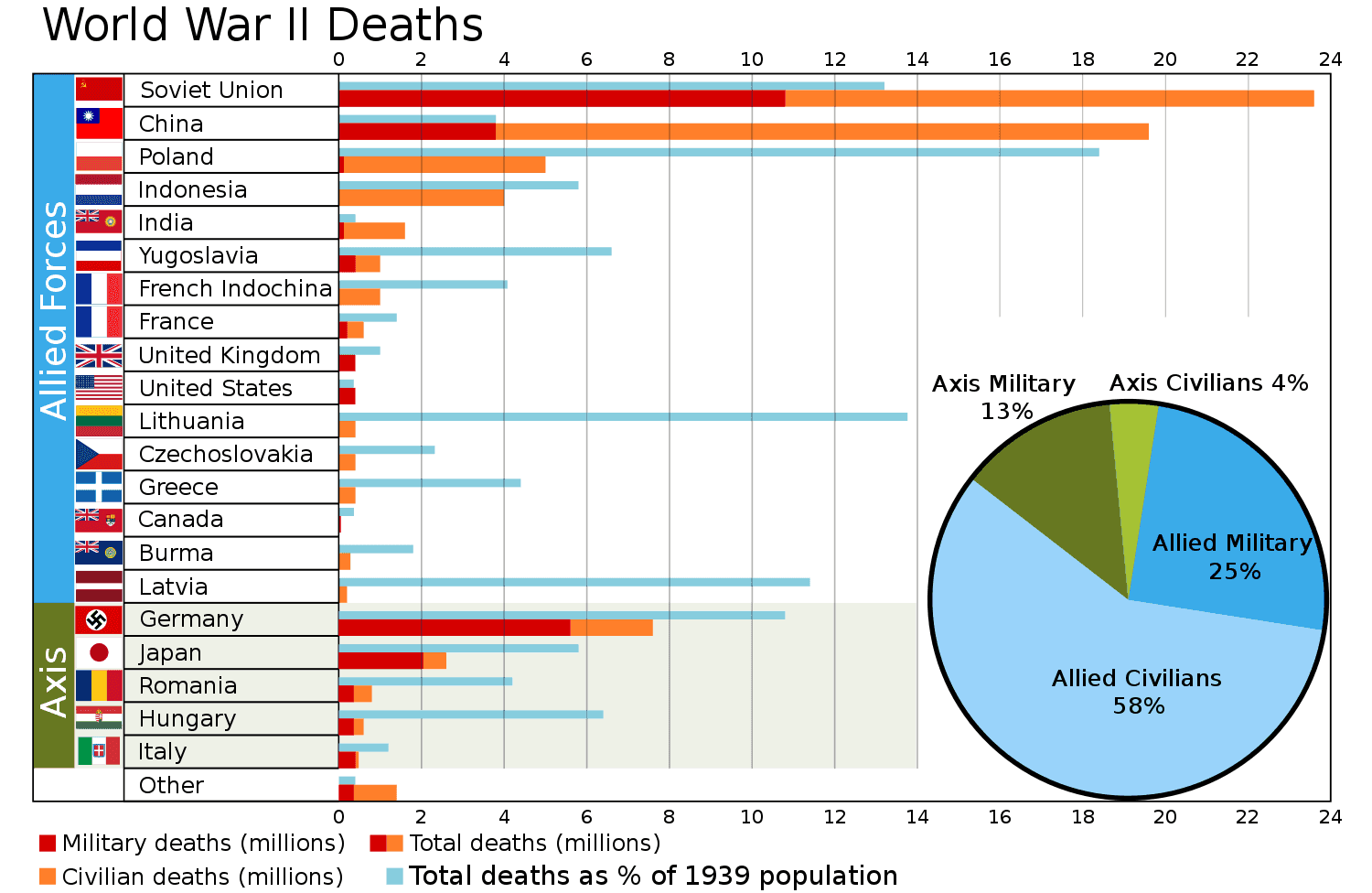 World War II was the deadliest military conflict in history. An estimated total of 72–89 million people perished, or about 3.5% of the 2.3 billion (est.) people on Earth in 1940.[1] Deaths directly caused by the war (including military and civilian fatalities) are estimated at 50–56 million, with an additional estimated 22–33 million deaths from war-related disease and famine. Civilian deaths totaled 51–63 million. Military deaths from all causes totaled 21–25 million, including deaths in captivity of about 5 million prisoners of war. Civilian deaths from famine and disease in World War II, similar to previous conflicts, had exceeded military deaths. More than half of the total number of casualties are accounted for by the dead of the Republic of China and of the Soviet Union. The tables below give a detailed country-by-country count of human losses. Statistics on the number of military wounded are included whenever available.

Recent historical scholarship has shed new light on the topic of Second World War casualties. Research in Russia since the collapse of the Soviet Union has caused a revision of estimates of Soviet World War II fatalities.[2] According to Russian government figures, USSR losses within postwar borders now stand at 26.6 million,[3][4] including 8 to 9 million due to famine and disease.[4][5][2] In August 2009 the Polish Institute of National Remembrance (IPN) researchers estimated Poland's dead at between 5.6 and 5.8 million.[6] Historian Rüdiger Overmans of the Military History Research Office (Germany) published a study in 2000 that estimated the German military dead and missing at 5.3 million, including 900,000 men conscripted from outside of Germany's 1937 borders, in Austria, and in east-central Europe.[7][8] The Red Army claimed responsibility for the majority of Wehrmacht casualties during World War II.[9] The People's Republic of China puts its war dead at 20 million,[10] while the Japanese government puts its casualties due to the war at 3.1 million.[11]