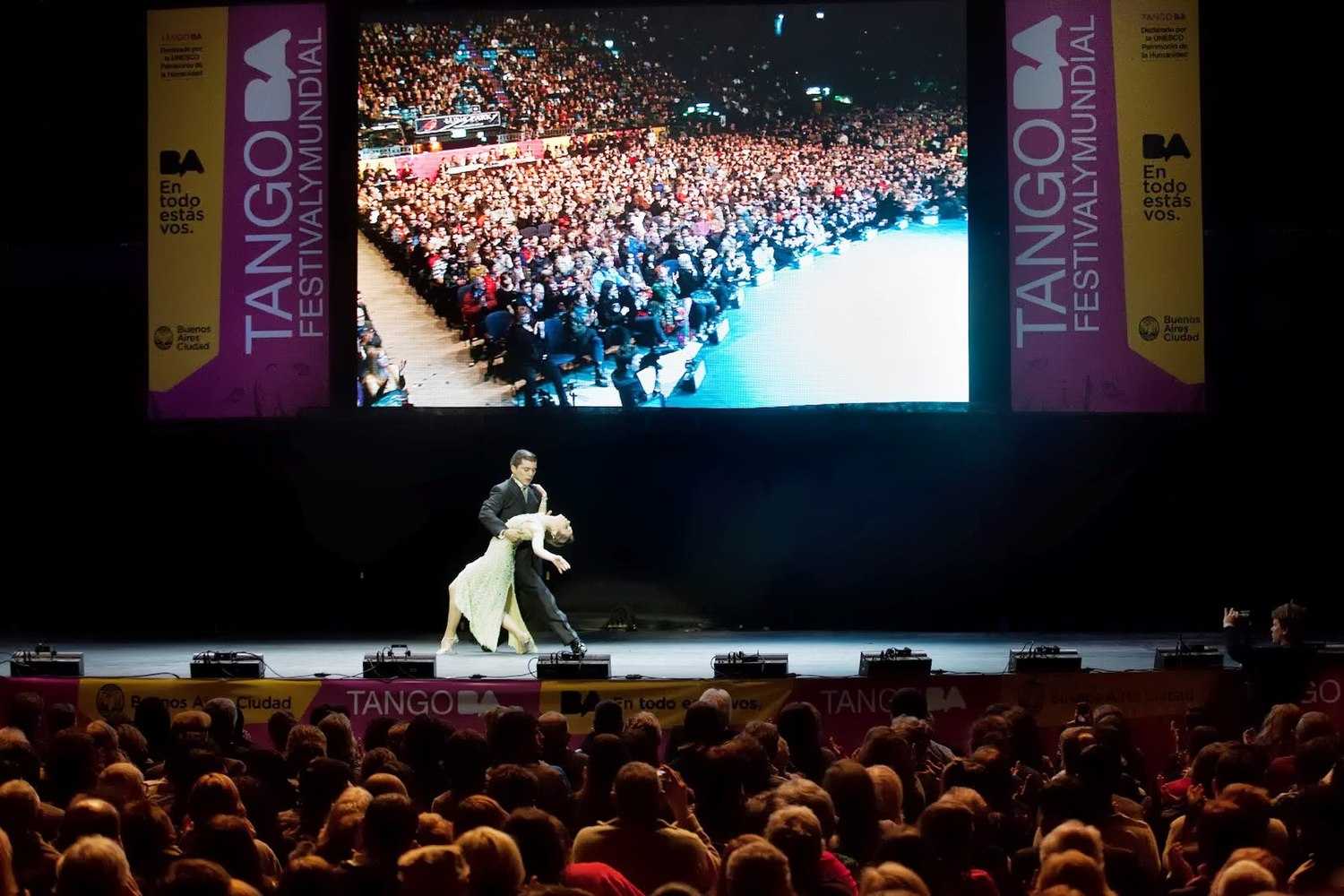 The World tango dance tournament (in Spanish: Campeonato Mundial de Baile de Tango, also known as Mundial de Tango) is an annual competition of Argentine Tango, held in Buenos Aires, Argentina, usually in August, as part of the Buenos Aires Tango Festival organized by the city's government. In 2014 the events were between 13-26/August.

The competition consists of two categories: "Tango de Pista" (Salon Tango), which has strict rules[1][2] about the usage of traditional milonga figures,[3] and "Tango Escenario" (Stage Tango), which is more choreographic and includes elements from other dance disciplines, such as ballet.[4][5] Previously the competition was only open to couples consisting of men and women but in 2013 the rules were relaxed to allow same gender couples (man dancing with man, or woman with woman) to enter[6] the competition.

New municipalities in 2016: Turkey and the region (Istanbul, TR).

The first edition of the Mundial de Tango competition was held in 2003.[13]

A closely related and highly influential event is the Buenos Aires City competition. The competition rules[14] state that members of the couple must both have "DNI" (i.e. have a resident status of 2 years or more) in Argentina. The competition may be considered somewhat even more demanding because the participants can compete in several dance categories: either Tango Senior (age 40 or older) or Tango Adulto (age 18-39) plus Vals or Milonga. Only couples Carlos Estigarribia & María Laura Sastría (2015) and Jimena Hoffner & Fernando Carrasco (2008), have won the triple championship. The winners of the tango categories are granted direct access to the final qualifying round in Mundial de Tango. Couples in positions 2 through 5 are granted direct access to the semifinals in Mundial de Tango. These couples represent the city of Buenos Aires in the world cup. The City competition's winners and runners-up are likely to become highly regarded and sought out teachers worldwide.

Worth mentioning is the Campeonato inter milongas (CIM).[15][16][17] In 2015 the milongas of Buenos Aires (El Fulgor de Villa Crespo, Salón Canning, Salón El Pial, Club Sunderland, Club Ciencia y Labor) started arranging monthly competitions whose final culminate in December. There are no restrictions in nationality or residence status of Argentina for the participants. The two monthly winning couples are voted for qualifying rounds and final by the audience and not selected judges.