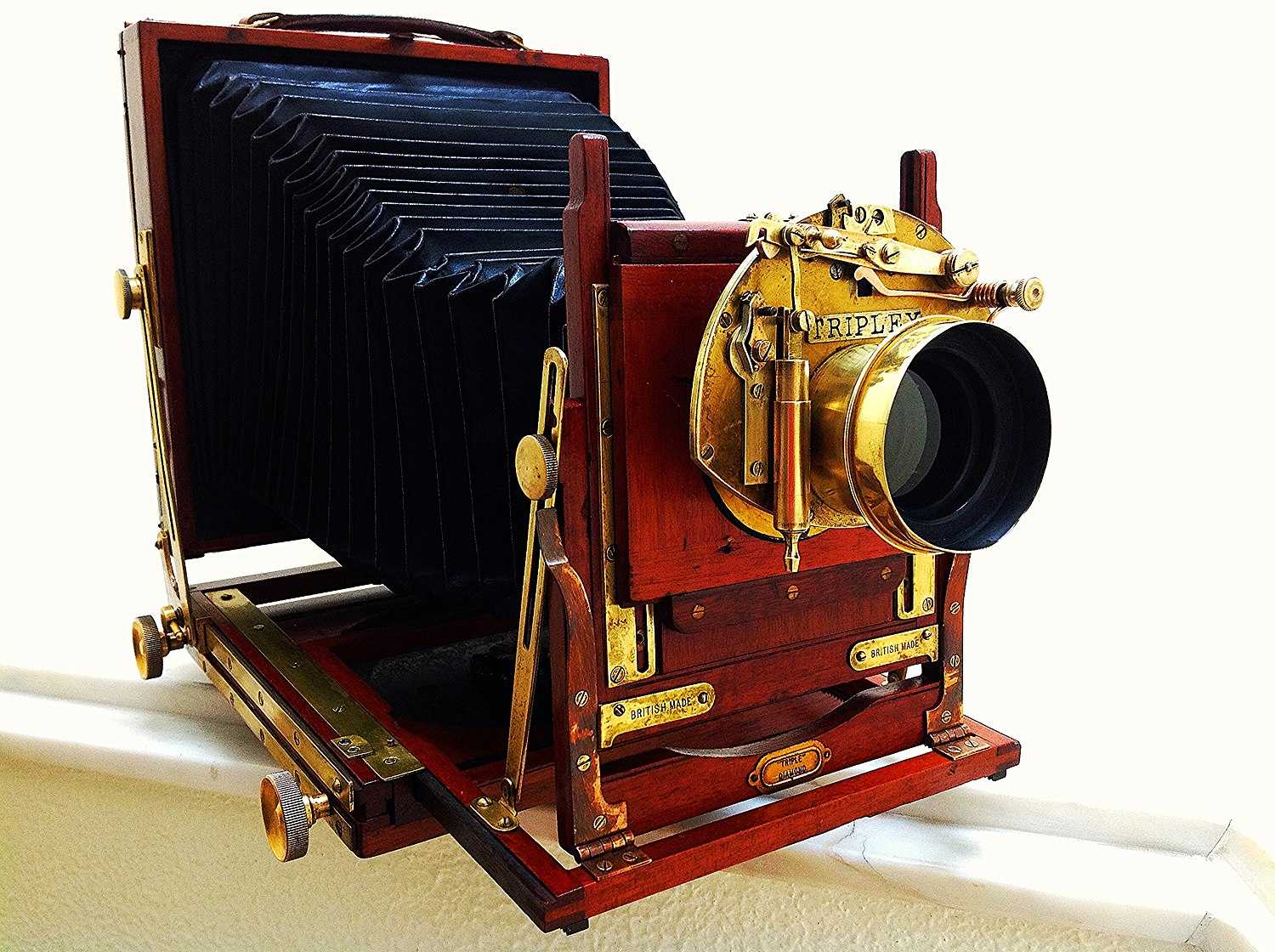 A camera that takes one picture at a time is sometimes called a still camera. A camera that can take pictures that seem to move is called a movie camera. If it can take videos it is called a video camera or a camcorder. The majority of cameras are on a phone. This is called a "Camera phone".

All cameras are basically a box that light can not get into until a photo is taken. There is a hole on one side of the camera where the light can get in through the lens, and this is called the aperture. On the other side is a special material that can record the image that comes through the aperture. This material is the film in a film camera or electronic sensor in a digital camera. Finally, there is also the shutter, which stops light from getting in until a photo is taken.

When a photo is taken, the shutter moves out of the way. This lets light come in through the aperture and make a picture on the film or electronic sensor. In many cameras, the size of the aperture can be changed to let in more light or less light. The amount of time that the shutter lets light through can be changed as well. This also lets in more light or less light. Most of the time, electronics inside the camera control these, but in some cameras the person taking the picture can change them as well.