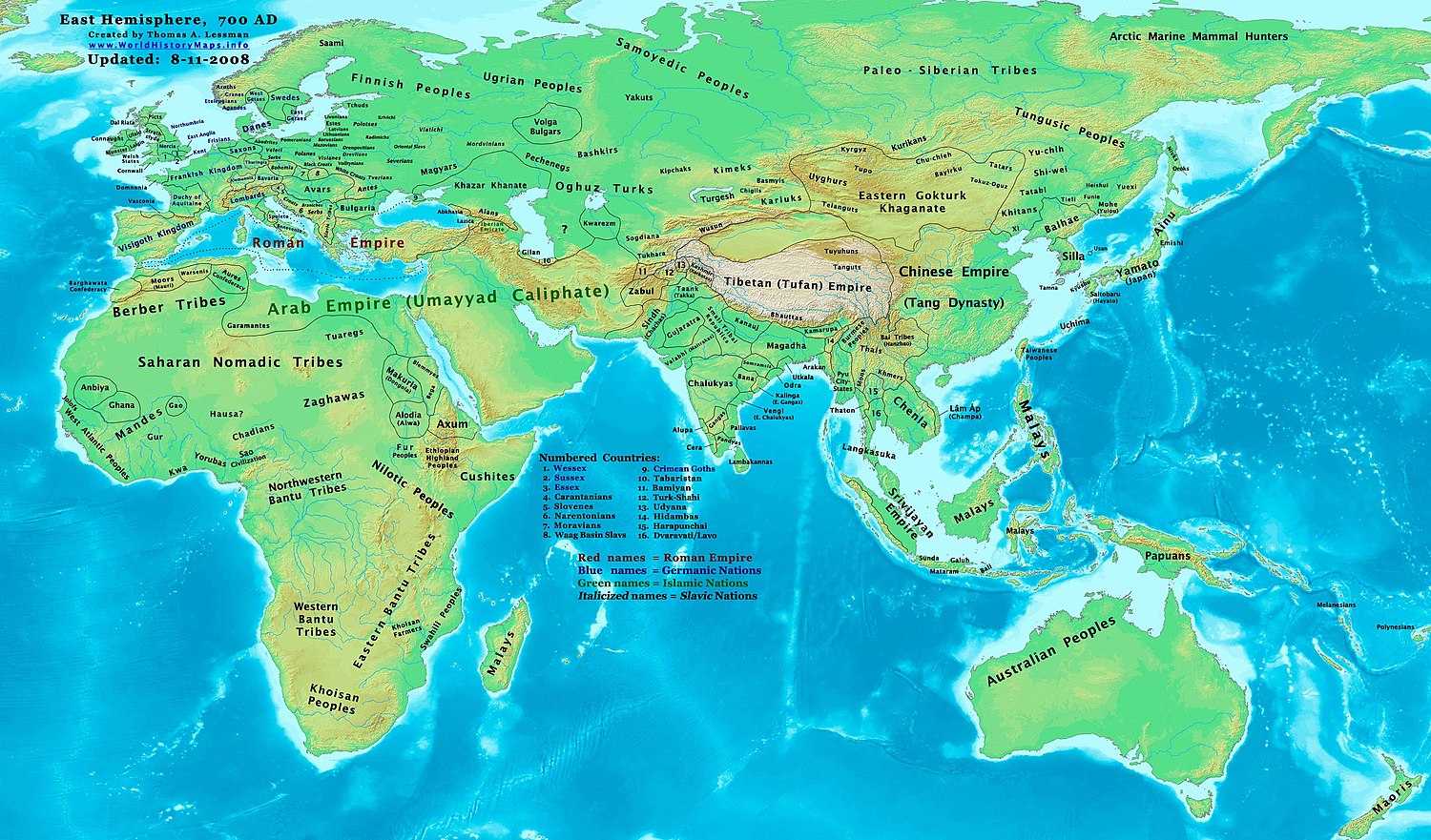 The 8th century is the period from 701 (DCCI) through 800 (DCCC) in accordance with the Julian Calendar. The coast of North Africa and the Iberian Peninsula quickly came under Islamic Arab domination. The westward expansion of the Umayyad Empire was famously halted at the siege of Constantinople by the Byzantine Empire and the Battle of Tours by the Franks. The tide of Arab conquest came to an end in the middle of the 8th century.[1]

In Europe, late in the century, the Vikings, seafaring peoples from Scandinavia, begin raiding the coasts of Europe and the Mediterranean, and go on to found several important kingdoms.

In Asia, the Pala Empire is founded in Bengal. The Tang dynasty reaches its pinnacle under Chinese Emperor Xuanzong. The Nara period begins in Japan.