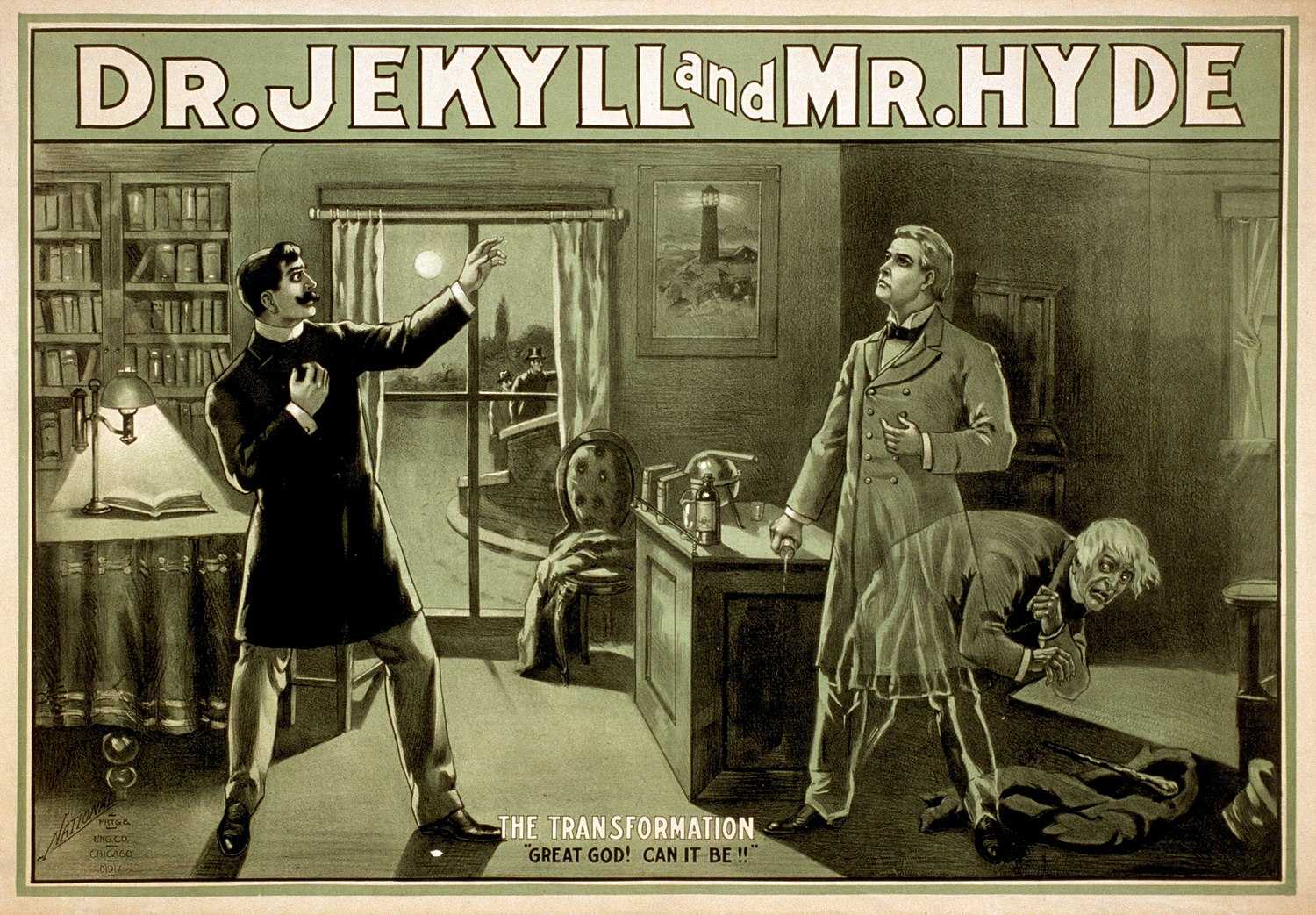 Strange Case of Dr Jekyll and Mr Hyde is an 1886 novella written by the Scottish author Robert Louis Stevenson. It is about a London lawyer, Gabriel John Utterson, who investigates strange occurrences between his old friend, Dr. Henry Jekyll and the misanthropic Mr. Hyde. In a twist ending, it is revealed that Jekyll and Hyde were the same person, and that Jekyll had regularly transformed himself into Hyde by drinking a serum.

The work is known for its vivid portrayal of a split personality, and since the 1880s dozens of stage and film adaptations have been produced, although there have been no major adaptations to date that remain faithful to the narrative structure of Stevenson's original. Most omit the figure of Utterson, telling the story from Jekyll's and Hyde's viewpoint and often having them played by the same actor, thus eliminating the mystery aspect of the true identity of Hyde. Many adaptations also introduce a romantic element which does not exist in the original story.[1] While Hyde is portrayed in the novella as an evil-looking man of diminutive height, many adaptations have taken liberties with the character's physical appearance: Hyde is sometimes depicted with bestial or monstrous features, although sometimes he is better-looking and more debonair than Jekyll, giving an alternate motivation for Jekyll to transform himself.

There are over 123 film versions, not including stage and radio, as well as a number of parodies and imitations.[2] Troy Howarth calls Stevenson's novella "the most filmed work of literature in the silent era."[3] Notable examples are listed below.