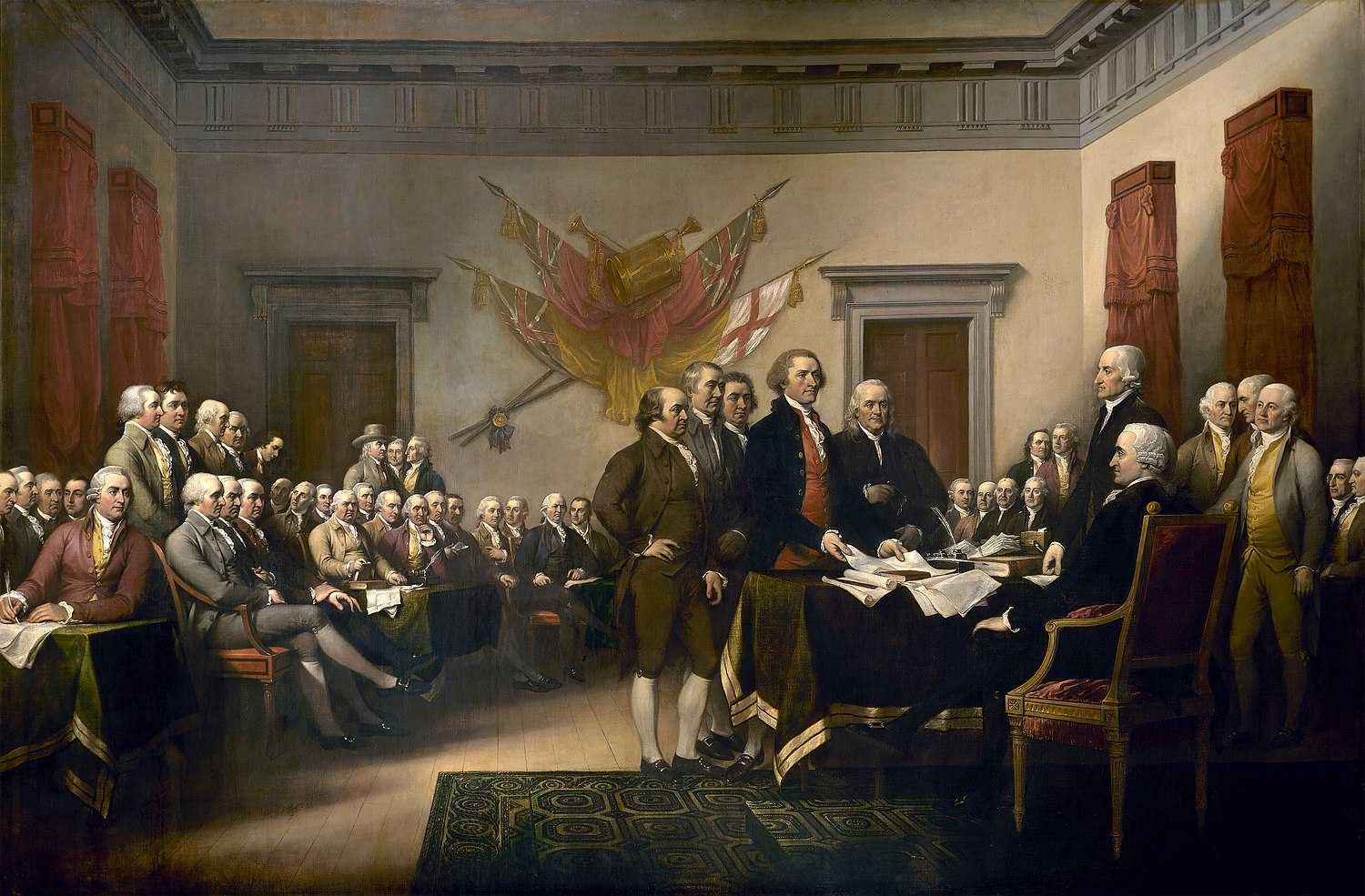 The American Revolution was an ideological and political revolution that occurred in British America between 1765 and 1791. The Americans in the Thirteen Colonies formed independent states that defeated the British in the American Revolutionary War (1775–1783), gaining independence from the British Crown and establishing the United States of America as the first nation-state founded on Enlightenment principles of liberal democracy.[1][circular reference]

American colonists objected to being taxed by the Parliament of Great Britain, a body in which they had no direct representation. Before the 1760s, Britain's American colonies had enjoyed a high level of autonomy in their internal affairs, which were locally governed by colonial legislatures. During the 1760s, however, the British Parliament passed a number of acts that were intended to bring the American colonies under more direct rule from the British metropole and increasingly intertwine the economies of the colonies with those of Britain.[2] The passage of the Stamp Act of 1765 imposed internal taxes on official documents, newspapers and most things printed in the colonies, which led to colonial protest and the meeting of representatives from several colonies at the Stamp Act Congress. Tensions relaxed with the British repeal of the Stamp Act, but flared again with the passage of the Townshend Acts in 1767. The British government deployed troops to Boston in 1768 to quell unrest, leading to the Boston Massacre in 1770. The British government repealed most of the Townshend duties in 1770, but retained the tax on tea in order to symbolically assert Parliament's right to tax the colonies. The burning of the Gaspee in Rhode Island in 1772, the passage of the Tea Act of 1773 and the resulting Boston Tea Party in December 1773 led to a new escalation in tensions. The British responded by closing Boston Harbor and enacting a series of punitive laws which effectively rescinded Massachusetts Bay Colony's privileges of self-government. The other colonies rallied behind Massachusetts, and twelve of the thirteen colonies sent delegates in late 1774 to form a Continental Congress for the coordination of their resistance to Britain. Opponents of Britain were known as "Patriots" or "Whigs", while colonists who retained their allegiance to the Crown were known as "Loyalists" or "Tories."

Open warfare erupted when British regulars sent to capture a cache of military supplies were confronted by local Patriot militia at Lexington and Concord on April 19, 1775. Patriot militia, joined by the newly formed Continental Army, then put British forces in Boston under siege by land and they withdrew by sea. Each colony formed a Provincial Congress, which assumed power from the former colonial governments, suppressed Loyalism, and contributed to the Continental Army led by Commander in Chief General George Washington. The Patriots unsuccessfully attempted to invade Quebec and rally sympathetic colonists there during the winter of 1775–76.

The Continental Congress declared British King George III a tyrant who trampled the colonists' rights as Englishmen, and they pronounced the colonies free and independent states on July 4, 1776. The Patriot leadership professed the political philosophies of liberalism and republicanism to reject rule by monarchy and aristocracy. The Declaration of Independence proclaimed that all men are created equal, though it was not until later centuries that constitutional amendments and federal laws would incrementally grant equal rights to African Americans, Native Americans, poor white men, and women.

The British captured New York City and its strategic harbor in the summer of 1776. The Continental Army captured a British army at the Battle of Saratoga in October 1777, and France then entered the war as an ally of the United States, expanding the war into a global conflict. The British Royal Navy blockaded ports and held New York City for the duration of the war, and other cities for brief periods, but they failed to destroy Washington's forces. Britain's priorities shifted southward, attempting to hold the Southern states with the anticipated aid of Loyalists that never materialized. British general Charles Cornwallis captured an American army at Charleston, South Carolina in early 1780, but he failed to enlist enough volunteers from Loyalist civilians to take effective control of the territory. Finally, a combined American and French force captured Cornwallis' army at Yorktown in the fall of 1781, effectively ending the war. The Treaty of Paris was signed on September 3, 1783, formally ending the conflict and confirming the new nation's complete separation from the British Empire. The United States took possession of nearly all the territory east of the Mississippi River and south of the Great Lakes, with the British retaining control of northern Canada, and French ally Spain taking back Florida.

Among the significant results of the American victory were American independence and the end of British mercantilism in America, opening up worldwide trade for the United States—including resumption with Britain. Around 60,000 Loyalists migrated to other British territories, particularly to Canada, but the great majority remained in the United States. The Americans soon adopted the United States Constitution, replacing the weak wartime Confederation and establishing a comparatively strong national government structured as a federal republic, which included an elected executive, a national judiciary, and an elected bicameral Congress representing states in the Senate and the population in the House of Representatives. It is the world's first federal democratic republic founded on the consent of the governed. Shortly after a Bill of Rights was ratified as the first ten amendments, guaranteeing a number of fundamental rights used as justification for the revolution.[3][4]