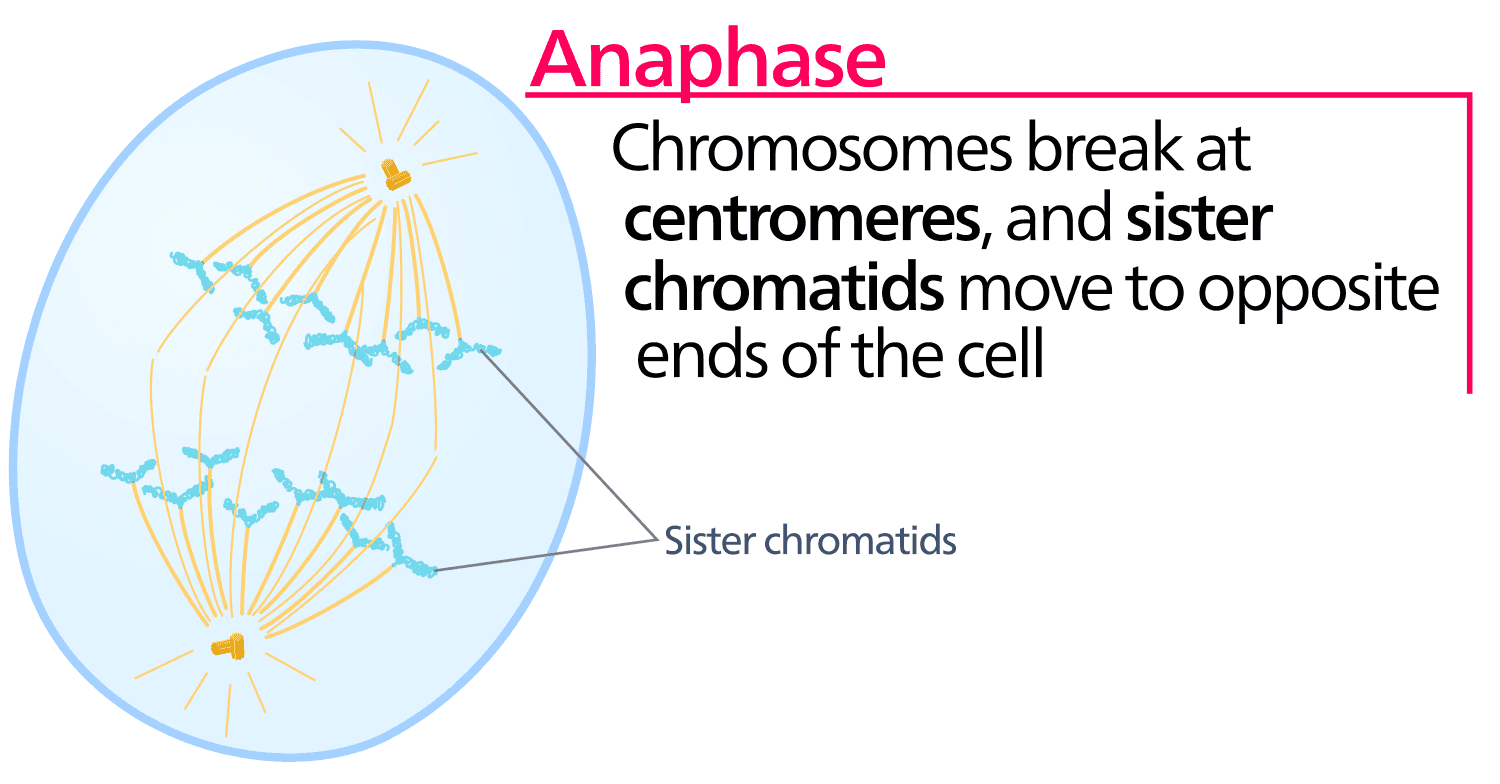 Anaphase (from Ancient Greek ἀνα- (ana-) 'back, backward', and φάσις (phásis) 'appearance') is the stage of mitosis after the process of metaphase, when replicated chromosomes are split and the newly-copied chromosomes (daughter chromatids) are moved to opposite poles of the cell. Chromosomes also reach their overall maximum condensation in late anaphase, to help chromosome segregation and the re-formation of the nucleus.[1]

Stage of a cell division

Anaphase starts when the anaphase promoting complex marks an inhibitory chaperone called securin for destruction by ubiquinylating it. Securin is a protein which inhibits a protease known as separase. The destruction of securin unleashes separase which then breaks down cohesin, a protein responsible for holding sister chromatids together.[2]

At this point, three subclasses of microtubule unique to mitosis are involved in creating the forces necessary to separate the chromatids: kinetochore microtubules, interpolar microtubules, and astral microtubules.

The centromeres are split, and the sister chromatids are pulled toward the poles by kinetochore microtubules. They take on a V-shape or Y-shape as they are pulled to either pole.

While the chromosomes are drawn to each side of the cell, interpolar microtubules and astral microtubules generate forces that stretch the cell into an oval.[3]

Once anaphase is complete, the cell moves into telophase.[4]