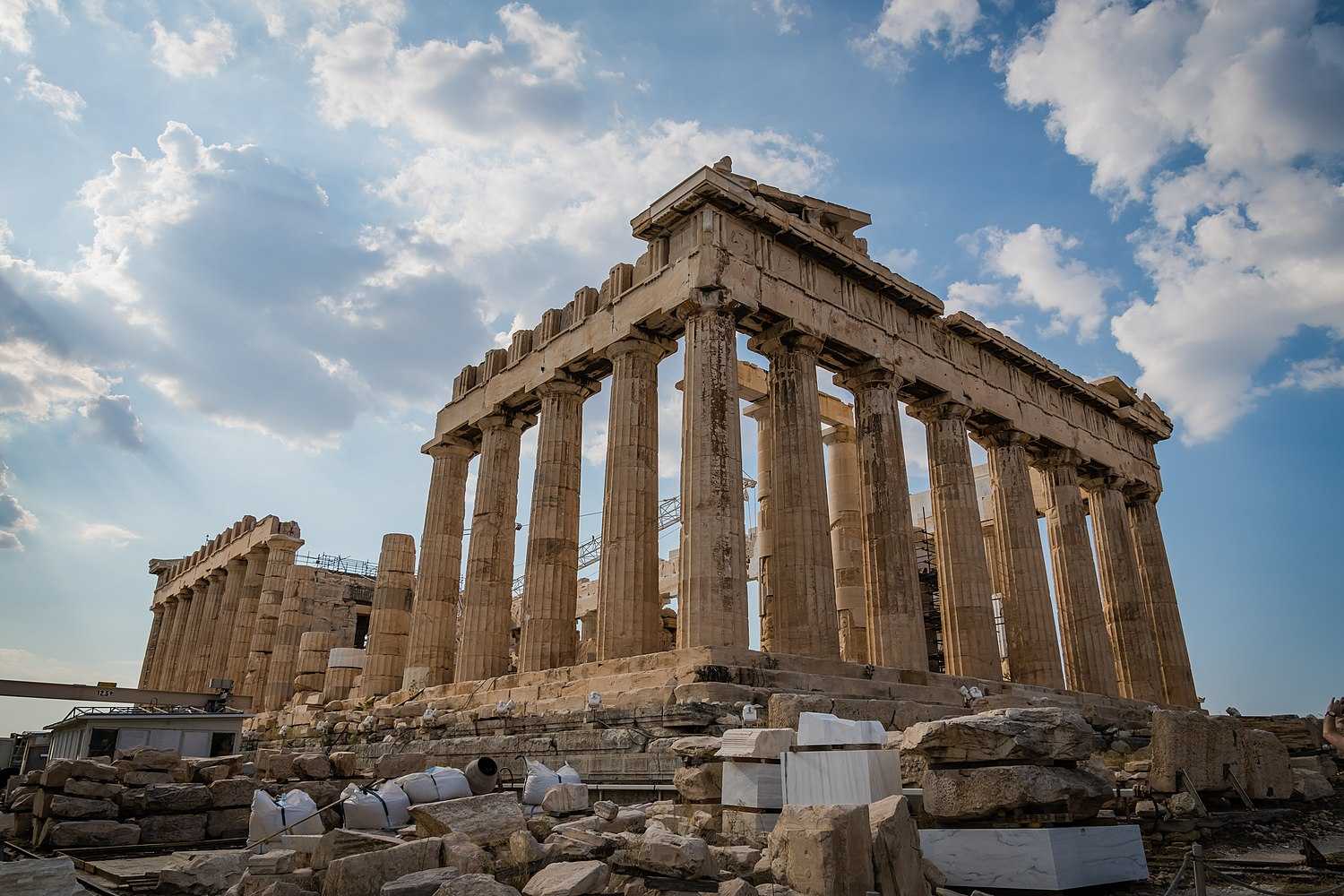 Ancient Greece (Greek: Ἑλλάς, romanized: Hellás) was a northeastern Mediterranean civilization, existing from the Greek Dark Ages of the 12th–9th centuries BC to the end of classical antiquity (c. AD 600), that comprised a loose collection of culturally and linguistically related city-states and other territories. Most of these regions were officially unified only once, for 13 years, under Alexander the Great's empire from 336 to 323 BC (though this excludes a number of Greek city-states free from Alexander's jurisdiction in the western Mediterranean, around the Black Sea, Cyprus, and Cyrenaica). In Western history, the era of classical antiquity was immediately followed by the Early Middle Ages and the Byzantine period.[1]

Roughly three centuries after the Late Bronze Age collapse of Mycenaean Greece, Greek urban poleis began to form in the 8th century BC, ushering in the Archaic period and the colonization of the Mediterranean Basin. This was followed by the age of Classical Greece, from the Greco-Persian Wars to the 5th to 4th centuries BC, and which included the Golden Age of Athens. The conquests of Alexander the Great of Macedon spread Hellenistic civilization from the western Mediterranean to Central Asia. The Hellenistic period ended with the conquest of the eastern Mediterranean world by the Roman Republic, and the annexation of the Roman province of Macedonia in Roman Greece, and later the province of Achaea during the Roman Empire.

Classical Greek culture, especially philosophy, had a powerful influence on ancient Rome, which carried a version of it throughout the Mediterranean and much of Europe. For this reason, Classical Greece is generally considered the cradle of Western civilization, the seminal culture from which the modern West derives many of its founding archetypes and ideas in politics, philosophy, science, and art.[2][3][4]