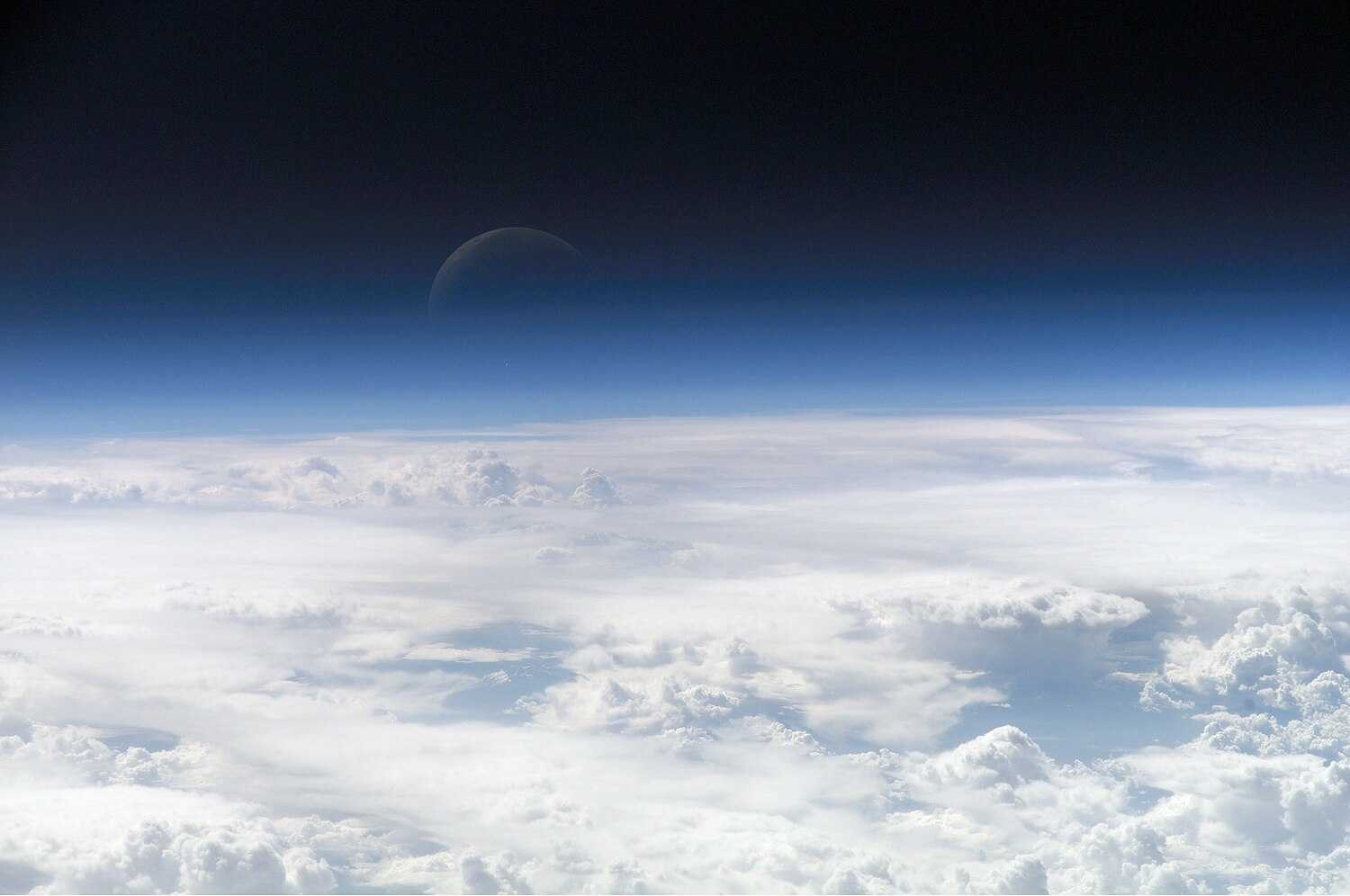 The atmosphere of Earth is the layer of gases, known collectively as air, retained by Earth's gravity that surrounds the planet and forms its planetary atmosphere. The atmosphere of Earth protects life on Earth by creating pressure allowing for liquid water to exist on the Earth's surface, absorbing ultraviolet solar radiation, warming the surface through heat retention (greenhouse effect), and reducing temperature extremes between day and night (the diurnal temperature variation).

As of 2023, by mole fraction (i.e., by number of molecules), dry air contains 78.08% nitrogen, 20.95% oxygen, 0.93% argon, 0.04% carbon dioxide, and small amounts of other gases.[8] Air also contains a variable amount of water vapor, on average around 1% at sea level, and 0.4% over the entire atmosphere. Air composition, temperature, and atmospheric pressure vary with altitude. Within the atmosphere, air suitable for use in photosynthesis by terrestrial plants and breathing of terrestrial animals is found only in Earth's troposphere.[citation needed]

Earth's early atmosphere consisted of gases in the solar nebula, primarily hydrogen. The atmosphere changed significantly over time, affected by many factors such as volcanism, life, and weathering. Recently, human activity has also contributed to atmospheric changes, such as global warming, ozone depletion and acid deposition.