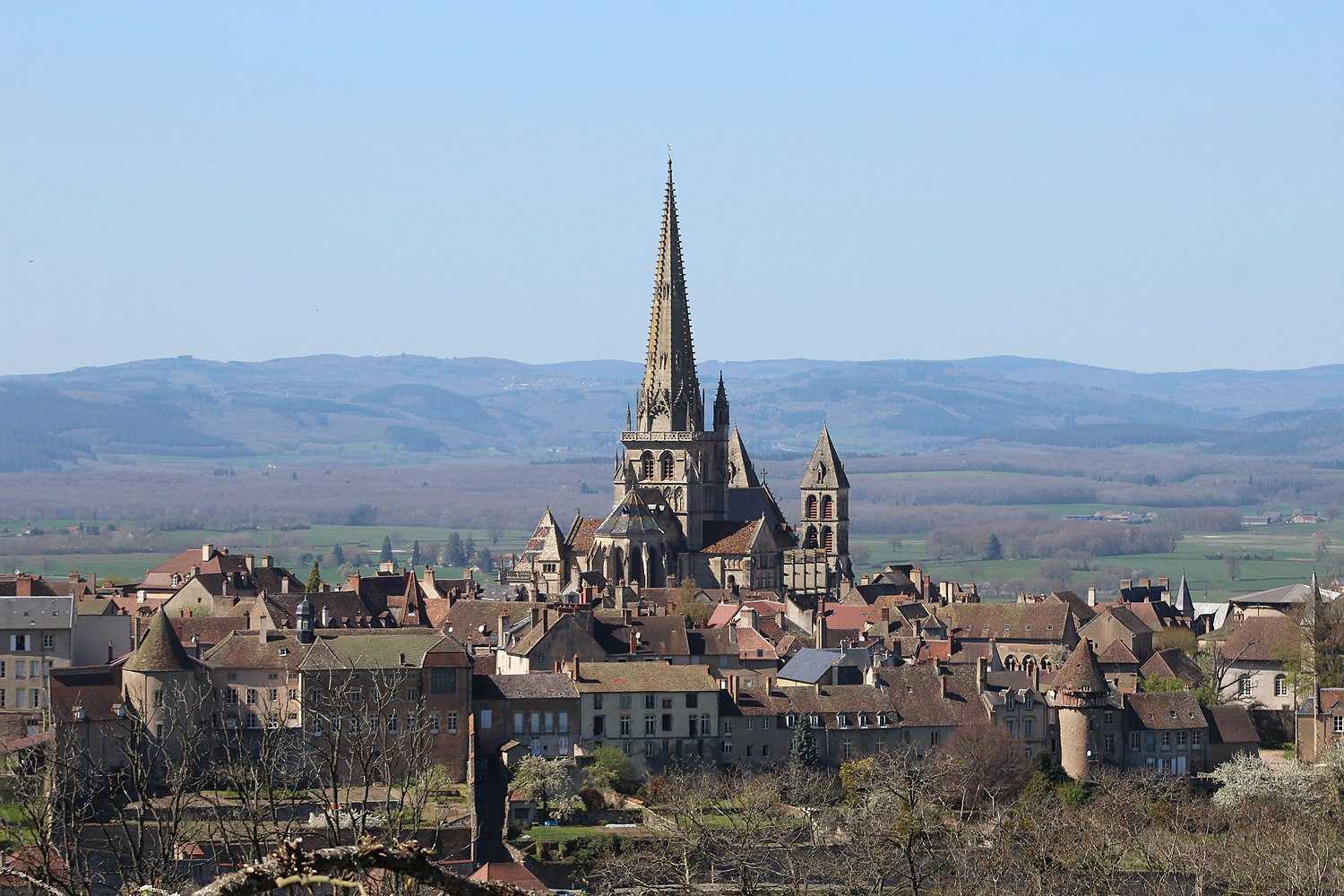 listen)) is a subprefecture of the Saône-et-Loire department in the Bourgogne-Franche-Comté region of central-eastern France. It was founded during the Principate era of the early Roman Empire by Emperor Augustus as Augustodunum to give a Roman capital to the Gallic people Aedui, who had Bibracte as their political centre. In Roman times the city may have been home to 30,000 to 100,000 people, according to different estimates.[2] Nowadays, the commune has a population of about 15,000.