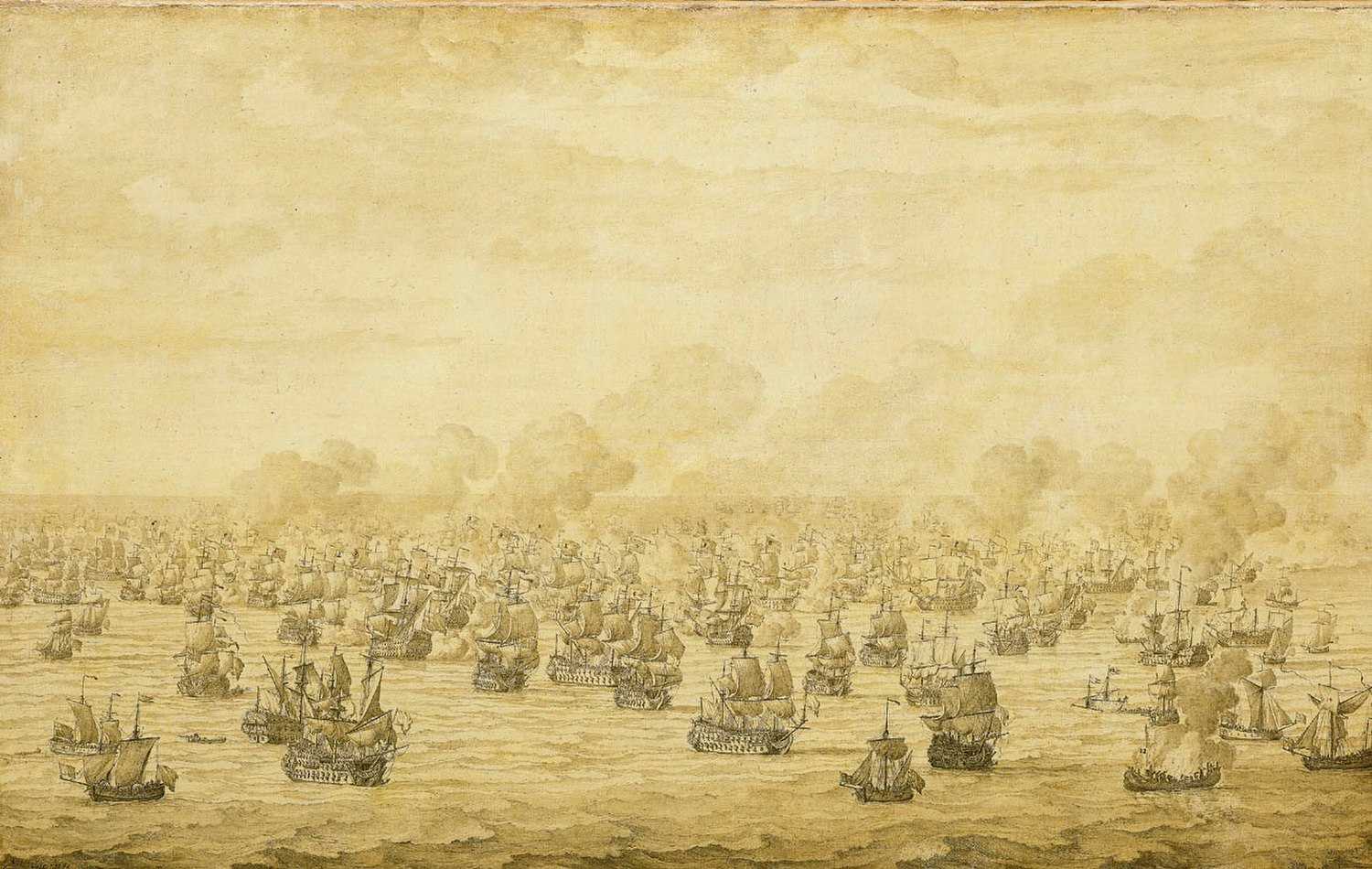 The Battles of Schooneveld were two naval battles of the Franco-Dutch War, fought off the coast of the Netherlands on 7 June and 14 June 1673 (New Style; 28 May and 4 June in the Julian calendar then in use in England) between an allied Anglo-French fleet commanded by Prince Rupert of the Rhine on his flagship the Royal Charles, and the fleet of the United Provinces, commanded by Michiel de Ruyter.

1673 naval battles of the Franco-Dutch War

The Dutch victories in the two battles, and at the Battle of the Texel that followed in August, saved their country from an Anglo-French invasion.