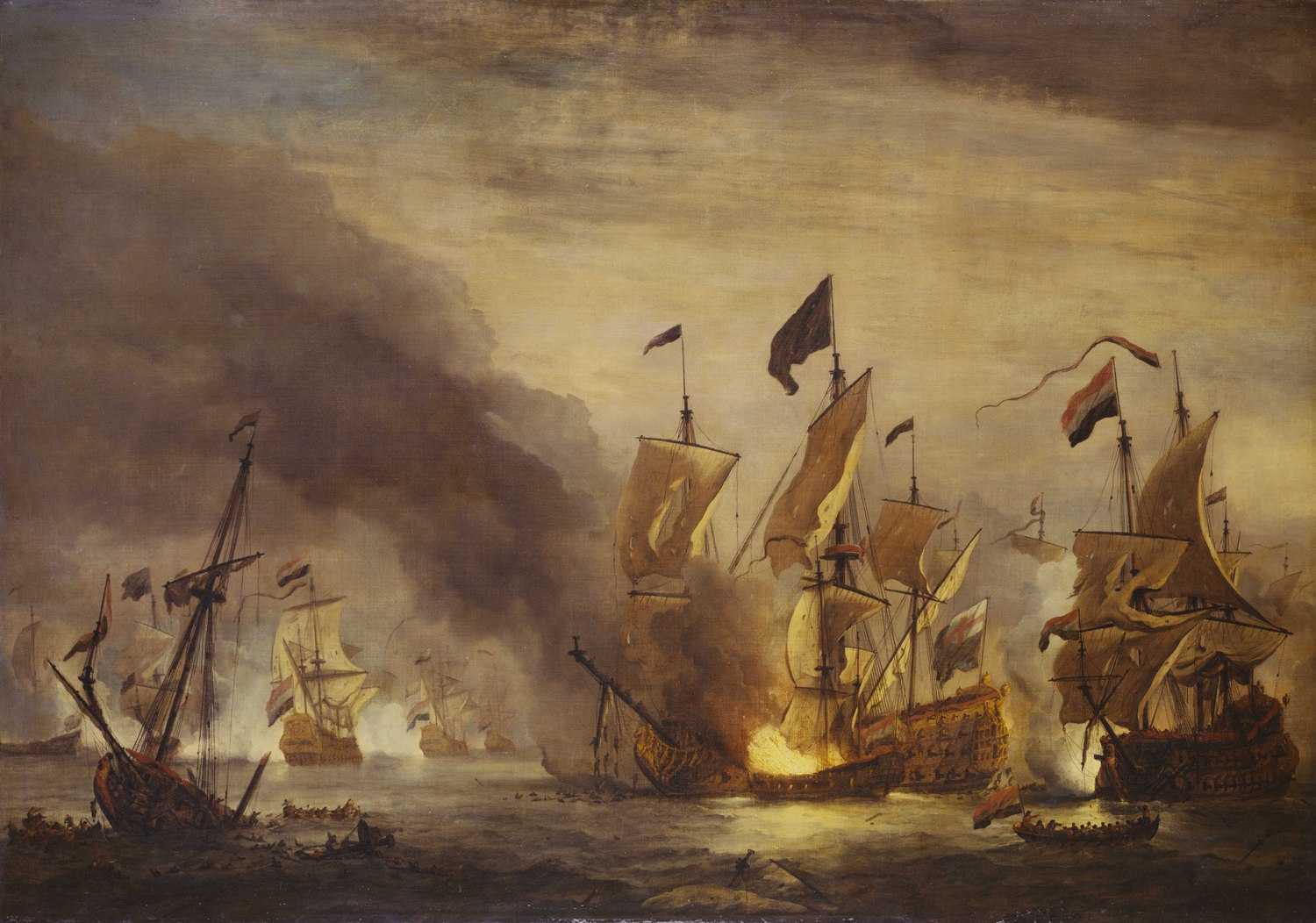 The naval Battle of Solebay took place on 28 May Old Style, 7 June New Style[1][2] 1672 and was the first naval battle of the Third Anglo-Dutch War.

1672 battle of the Third Anglo-Dutch War

The battle began as an attempted raid on Solebay port where an English fleet was anchored and largely unprepared for battle, and ended at a hard-fought draw. The battle however prevented a planned allied naval invasion of the Dutch Republic and boosted the morale of the Dutch population. Both sides claimed victory.